The Royal Highland and Agricultural Society of Scotland (RHASS) has announced the judges for next year’s Royal Highland Show, held on the 20-23 June 2019.

The job of placing the country’s top sheep, horses, cattle and goats will be down to 113 highly experienced names in the judging world, spanning the length and breadth of the UK, from Cornwall to Orkney.

The Royal Highland Show will welcome two new sections in 2019, with the inaugural Overall Young Handler and Dairy Cattle Any Other Breeds Sections supplementing the current schedule. Prominent Blackface breeders, Ian and Patsy Hunter, who were awarded the prestigious Sir William Young Award for their contribution to livestock breeding at last year’s Show will judge the Overall Young Handler, and have kindly donated a trophy for the winner. 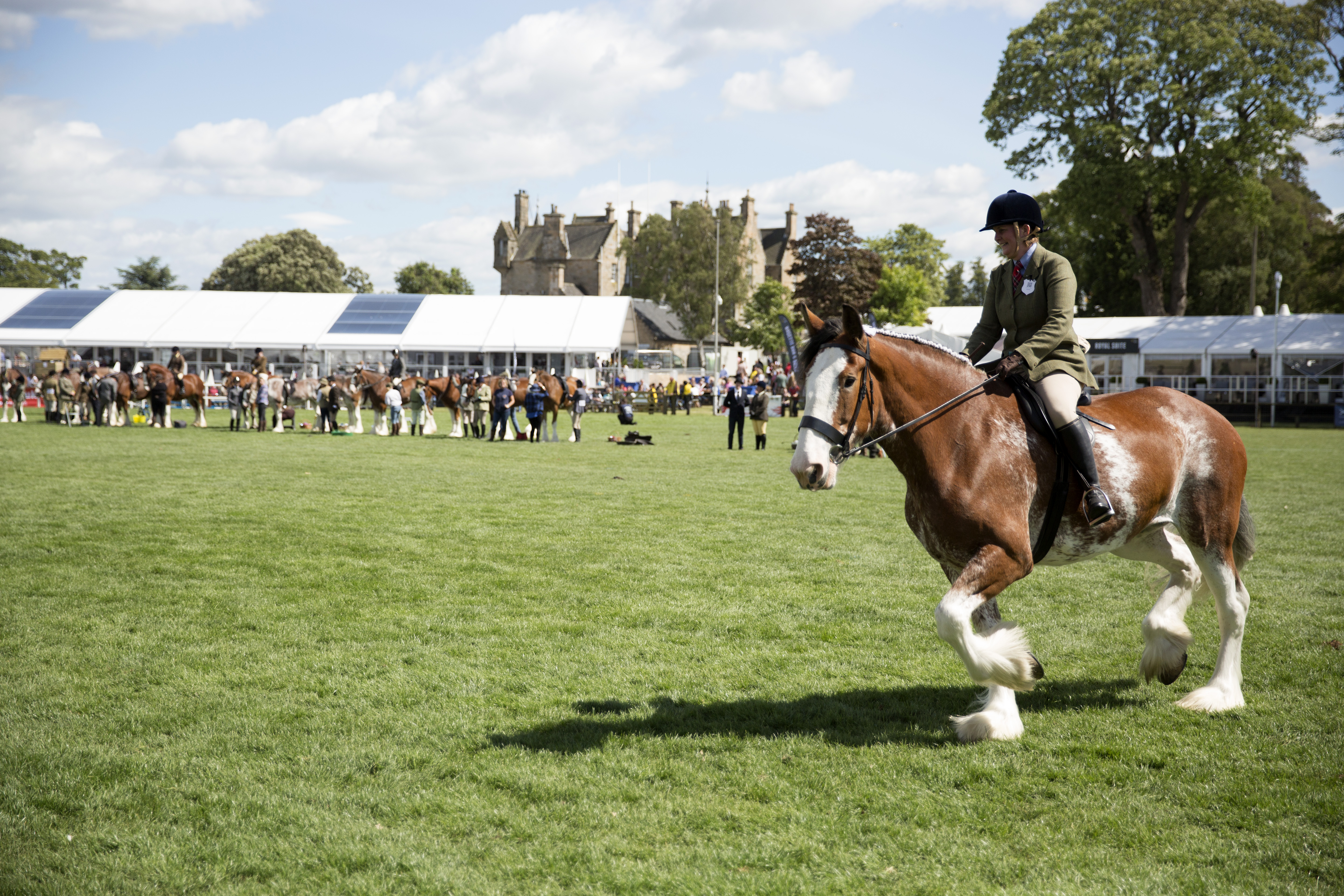 Murray Cochrane of Ayrshire will be the man in the middle placing the Any Other Breed section in the dairy rings. Not only does Murray follow five generations of successful Ayrshire breeders but he has made a name for himself in the ring in his own right, both with his exemplary showing career and his 19 years working as a classifier for Holstein UK.

The 2018 Royal Highland Show saw the Highland Hall near to capacity, housing almost 1,100 beef and dairy cattle. For 2019, the dairy rings will see Paul Harrison of Northumberland, placing Overall Dairy. Paul is well-known for his ‘Chilshillways’ Holsteins and ‘Breckney’ Dairy Shorthorns. Celebrating its 40th year is the Royal Bank of Scotland trophy which was first presented to Ian C Gilmour & Sons in the Dairy Cattle section 1979. The Ayrshire & British Red and White classes will be judged by Michael Broadley of Buxton, Derbyshire, while Mark Logan will travel from Bangor, County Down to judge the Holstein section. James Waring of Beverley, North Humberside will place the Jersey cattle. Cheshire-based Rob Boote judges the Dairy Shorthorn, and Louise Graham of Canonbie, Dumfriesshire will judge Dairy Calf and Showmanship.

The privileged task of placing the Overall Beef Interbreed and Interbreed Teams falls to Stewart Wood of Garston Farm, Orkney, with the Beef Interbreed Pairs in the capable hands of former RHASS director Rob Forest, Duns. David Evans will judge the Aberdeen Angus class and is well-versed in the breed, previously having been President of the Aberdeen Angus Cattle Society. British Blonde is to be judged by Leanne Workman, a prominent stockwoman in Northern Ireland who is involved with Women in Agriculture. A well-known face at the Royal Highland Show and long-time exhibitor, Jack Ramsay will judge the Beef Shorthorn.

The 35 horse sections will be judged by some of the most experienced equestrians in the industry with 38 Horse of the Year Show (HOYS) Championship Qualification classes up for grabs. The Pickford sisters Michelle and Leanne will be judging Ridden Coloured with Catherine Marshall of Struie Shetland Pony Stud fame, judging the St Johns Wells Trophy.  Taking the reins in the Overall Mountain and Moorland In Hand is Robert Parker-Jones, an equine institution and following numerous successes at HOYS, Dublin Horse Show and the Balmoral Show, Richard Iggulden will be judging the Cuddy section of the Light Horses.

In the Heavy Horse classes, Clydesdale In Hand Males will be judged by Captain James Anderson of Kilmalcolm, winner of the 2017 Sanderson Cup, and John Anderson of Arbroath will judge Clydesdale In Hand Females. John has a prestigious track record in breeding In Hand and Driving champions over the years. The Highland Pony In Hand Male section will be under the careful eye of Debbie Spears, Little Brickhill, Buckinghamshire, and Marguerite Osborne, Kirriemuir will oversee the Highland Pony In Hand Females. The Shetland and Miniature Shetland Ponies will be a family affair in 2019, as husband and wife team Robert and Dorothy Griffiths will act as judges.

RHASS Chairman James Warnock said: “The Royal Highland Show continues to attract the country’s best and 2019 is set to be no different. The pedigree of the animals and the experience of those that judge them is second to none. I am very much looking forward to the 179th Royal Highland Show and welcoming all those to help us celebrate the best in farming, food and rural life.”

Supported by Royal Bank of Scotland, the 179th Royal Highland Show will take place at the Royal Highland Centre, Ingliston, Edinburgh, on 20-23 June 2019.