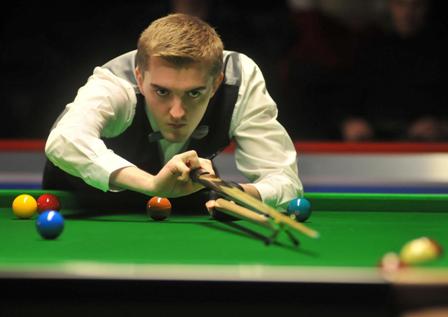 After recently reaching the last 64 of The English Open, Ross has moved up in the world rankings to a career high position of 67. Ross will be wearing Hutchinson Networks’ company logo as he aims for success in the remaining home nations tournaments this season, as well as The UK Championship and The World Championship next year.

With Hutchinson Networks’ growing portfolio of clients in the Asia-Pacific region, Ross will also carry the Hutchinson Networks name as he now heads off to China for a series of events including The International Championship in Daqing, one of the season’s most prestigious world ranking events, before returning back to Europe for The Irish Open in November.

Hutchinson Networks would like to congratulate Ross on his performance in The English Open, and wish him the best of luck in China.