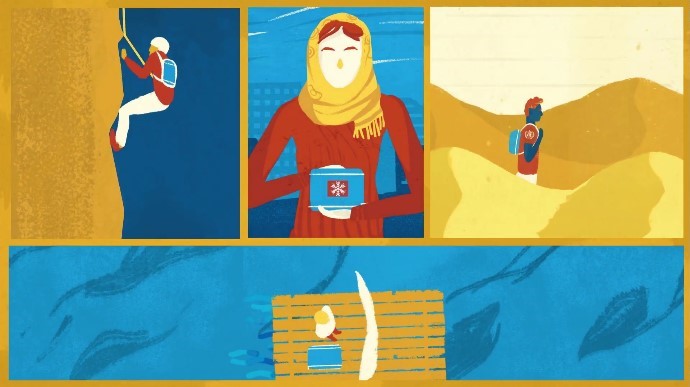 The global effort to eradicate polio is drawing ever closer to reality.

It will be a historic achievement: polio could be the second human disease to be eradicated throughout history. It’s a drive that has been taken up on the ground in metropolitan cities, barren deserts, snow-capped mountainsides and conflict affected areas as well as by governments, NGOs and private partnerships the world over.

In an effort to outline the major steps taken to bring polio the brink, the World Health Organization–a spearheading partner of the Global Polio Eradication Initiative–commissioned Edinburgh based production company Heehaw to produce a series of three animations, each focused on different steps in the eradication process. The animations detail the extensive polio surveillance system, the efforts made to reach every last child, and the steps taken to during a response to a polio outbreak.

Michael Welsh, Heehaw’s Senior Producer said:
“It has been a real honour working on this series with the World Health Organization. I think animation was a great route for the project, and we have enjoyed the challenge of developing universal, bold imagery from often complex processes, and helping to distil the eradication process for a general audience. The global effort to eradicate polio has involved a staggering amount of people across countless countries. To be able to contribute, in our modest way, has been hugely rewarding.”

More information can be found about the effort to eradicate polio via Polio Global Eradication Inititiative: www.polioeradication.org