A major project to restore Edinburgh’s iconic Mercat Cross has been completed by the City of Edinburgh Council.

The Lord Lyon King of Arms and Lord Provost of Edinburgh led a re-dedication ceremony today (Wednesday 30 May), celebrating the monument’s return to use after three months of conservation work. 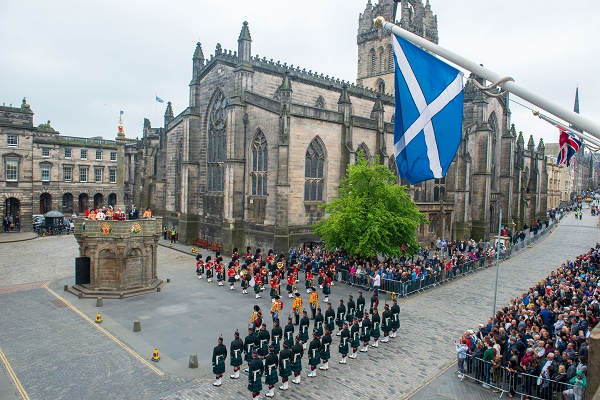 With the support of Historic Environment Scotland, Graciela Ainsworth Sculpture Conservation and Historic Buildings Restoration Ltd, the project has seen heraldic decorations restored and repainted and the asphalt roof replaced, as well as stonework repointed by local apprentices with a traditional lime based mortar.

Marking the re-dedication, the Royal Regiment of Scotland formed a guard of honour beneath the Cross before a proclamation was made by the Lord Lyon and prayers offered by the Minister of St Giles, Calum MacLeod. The ceremony was brought to a close with a fanfare sounded by HM State Trumpeters and the singing of the National Anthem. 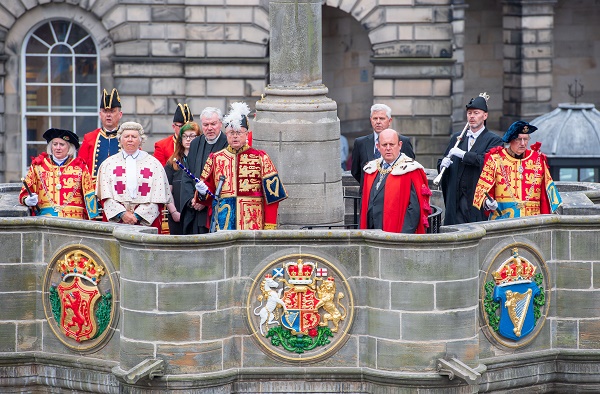 Lord Provost Frank Ross also addressed the hundreds of spectators who had gathered on the Royal Mile to watch. He said: “The Mercat Cross has been at the heart of civic life for centuries. It has witnessed all manner of historic announcements, celebrations and proclamations over the years, including news of the end of World War II and the Queen’s accession to the throne in 1952. 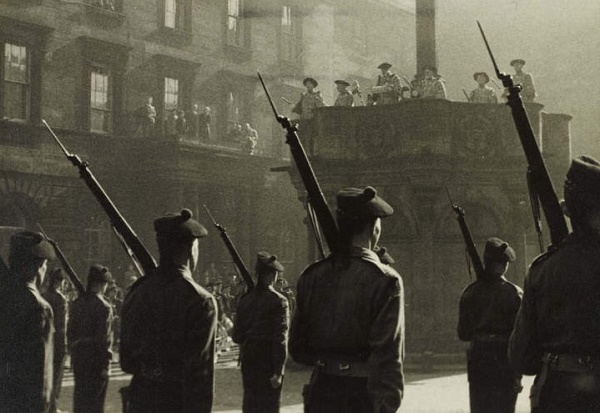 “It’s incredibly striking to see images of it surrounded by hundreds of people, horses and carriages and the bustling trade of Edinburgh’s 19th century Old Town. Now, the Mercat Cross is back at its finest after careful restoration of its stonework and repainting. The investment will help to preserve its character for many more years to come.”

The Right Honourable Lord Lyon King of Arms, Joseph Morrow, added: “The restoration of the Mercat Cross has been an excellent example of collaborative work.  It has been used for different types of Proclamations over a long period of time and I am delighted to be able to take this chance to celebrate the excellent work of restoration which has been done and which enhances the High Street.”

Edinburgh’s Mercat Cross is topped with a carved unicorn, Scotland’s national animal. The plinth the unicorn sits on is thought to date to the 15th Century but the Mercat Cross in its present form, wasn’t built until 1866, as a replacement to the original which was demolished in 1756.

In 1885, a new octagonal base with a raised platform was built underneath the cross, paid for by MP William Gladstone whose family hailed from Edinburgh. The Latin inscription above the door was composed by Gladstone and reads:

“This ancient monument, the Cross of Edinburgh, which of old was set apart for public ceremonies, having been utterly destroyed by a misguided hand… and having been avenged as well as lamented, in song alike noble and manful, by that great man Walter Scott, has now, by favour of the Magistrates of the City, been restored by William Ewart Gladstone.”

While some other local authority areas have removed their Mercat Crosses over time, Edinburgh’s refurbished Mercat Cross will continue to be used for ceremonial events, Royal proclamations and civic announcements.