tHe Haymarket development, Edinburgh’s prestigious £200m joint venture commercial scheme by Tiger Developments & Interserve, has marked a major milestone in construction by ‘breaking ground’ as it progresses onto the next major development phase. 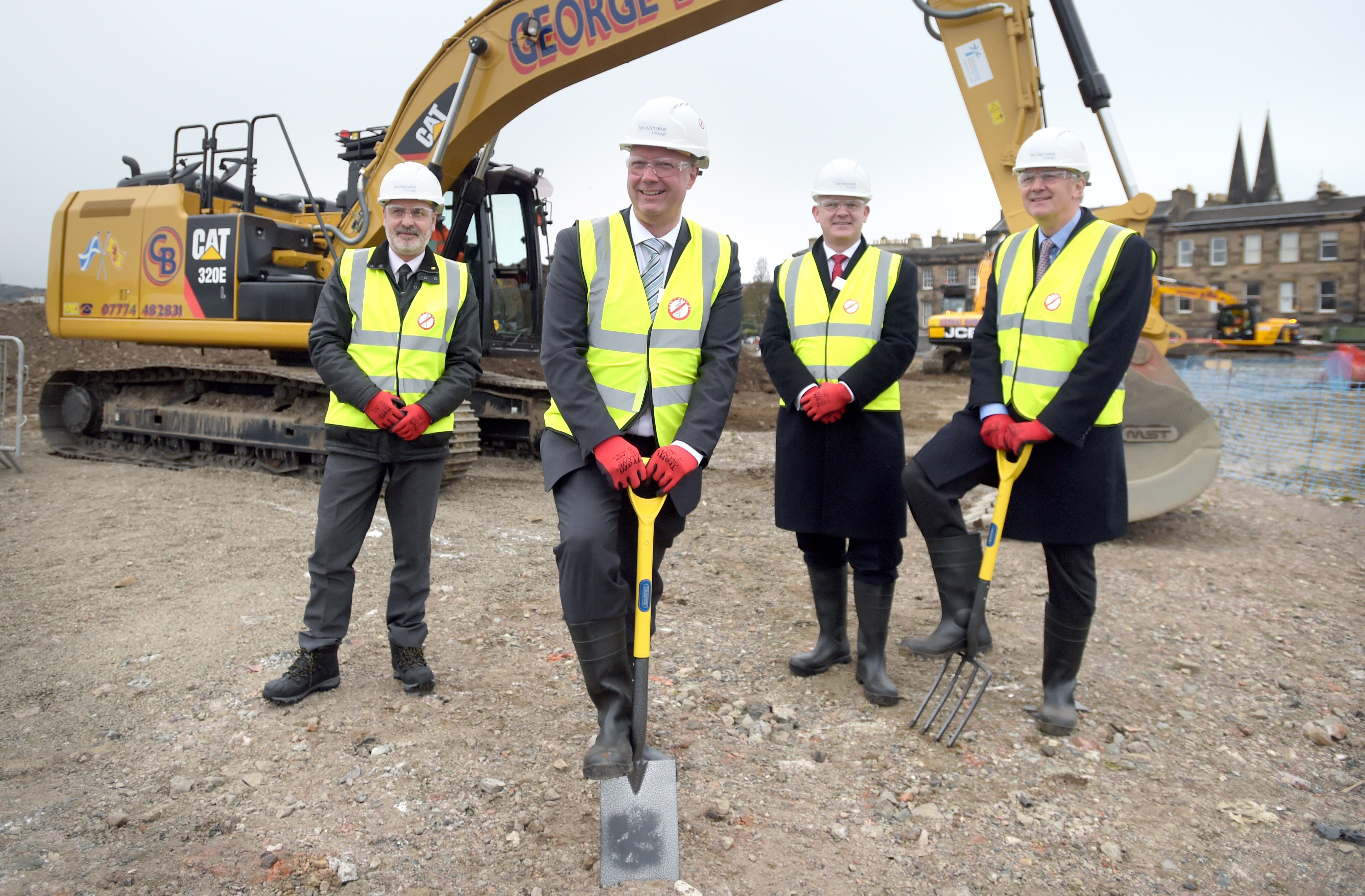 On track for completion of the first office H5 building in 2018, the development will consist of prime office, retail and leisure space including a hotel and apart-hotel. It is considered to be Edinburgh’s best-connected office location within minutes of the Haymarket Station and tram stop linking the city to Edinburgh airport within 20 minutes. City of Edinburgh Council welcomes the development as it will not only transform a prime site in the city’s West End, which has been derelict for decades, but also create much-needed quality office space.

Councillor Gavin Barrie, Convenor of the Economy Committee, said: “It is very welcome news that this key ‘Edinburgh 12′ site has reached such a significant milestone. tHe Haymarket Edinburgh is helping create real momentum in the area alongside other large-scale speculative office developments being built. With it’s prime location next to Haymarket station and tram stop, tHe Haymarket will bring thousands of jobs to the city during construction and once complete.”

Graham Haydon-White, development director at Tiger Developments, said: “The importance of this cannot be underestimated, not only are we placing a ceremonial spade in the ground to mark the unprecedented removal of original tunnel earthworks dating back as far as 1840; it also clearly demonstrates our full commitment behind this landmark scheme as it advances towards phase one delivery in 2018. With the stage one build contract now in place, we are uniquely placed ahead of any other major mixed-use development in the capital.”