Poppyscotland today thanked the ScotRail Alliance and kind-hearted customers across the country after they raised more than £57,000 during the recent Scottish Poppy Appeal.

A total of £53,892.49 was collected through donations and the sale of poppies at stations and booking offices across the country in the weeks leading up to Armistice Day on November 11. The ScotRail Alliance has donate a further £4,000, bringing the final total to almost £58,000. All of which will go towards supporting military veterans and their families. 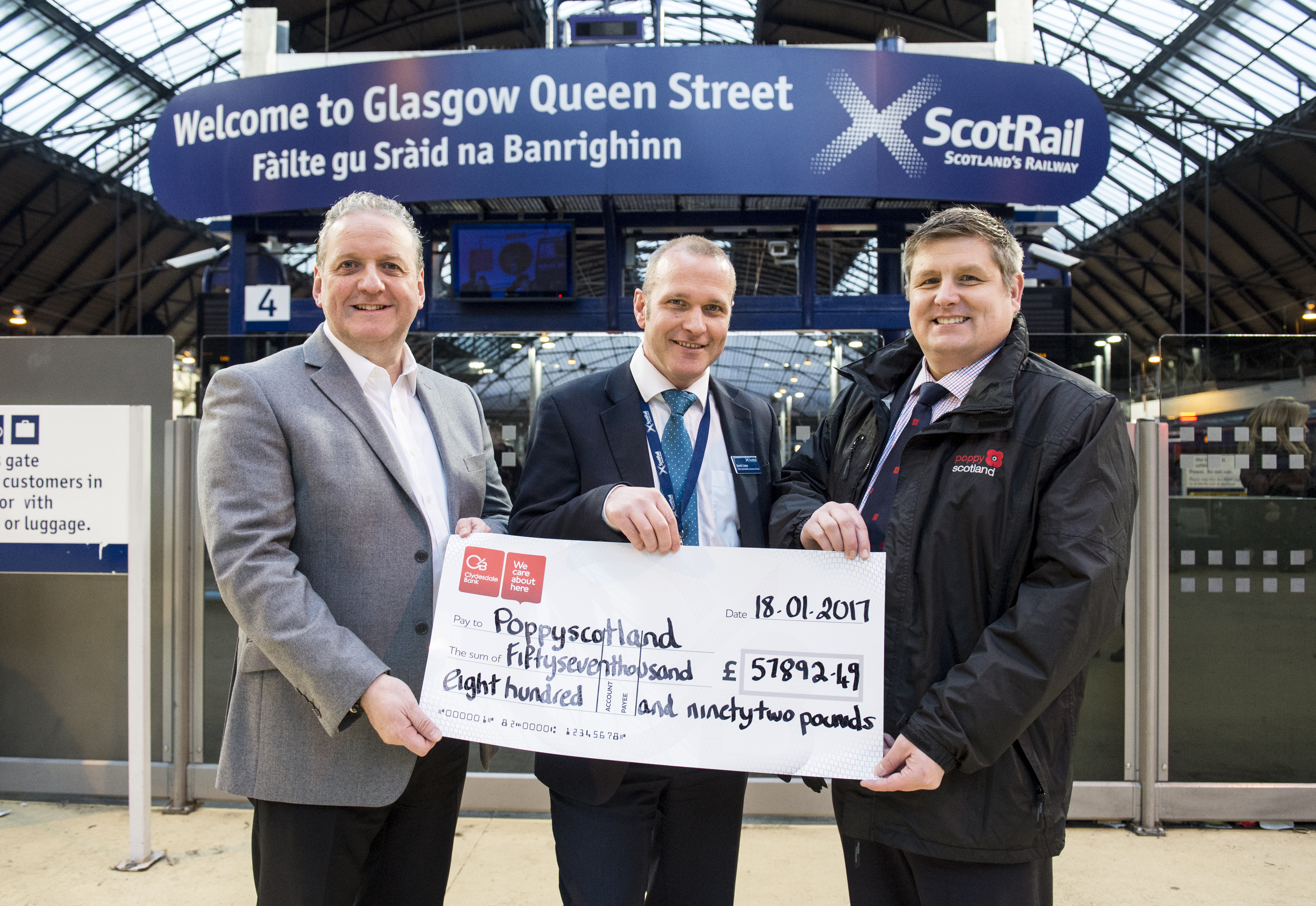 It is the first year that ScotRail Alliance has nationally supported the Poppy Appeal, and volunteers from Poppyscotland collected at stations across the network between 25 October and 11 November.

As well as volunteers, major stations, including Edinburgh Waverley and Glasgow Queen Street, hosted a treadmill where members of the public could – quite literally – go the “Extra Mile” for Scotland’s veterans.

These stations also saw a selfie booth installed, giving people the opportunity to explain what the poppy meant to them.

David Lister, safety & sustainability director at the ScotRail Alliance, said “We are exceptionally proud to support our members of the armed forces past and present. It is an honour to be able to announce the total raised for Poppyscotland and help them to continue their vital work.

“We are already planning fundraising events for this year’s campaign, and how we can continue to best support Scotland’s veterans.”

George Allan, Stations Manager for the Glasgow Queen Street area, has supported the cause for a number of years by having collection cans at his stations. His previous efforts over the years have generated nearly £15,000 for the appeal.

Speaking on the total raised for the charity this year, he said: “Again this year the level of generosity shown by our customers is really overwhelming. It’s also great to see ScotRail provide a further donation.

“The Scottish Poppy Appeal provides exceptional support to our armed forces community and I know that this donation will go a long way to helping such a worthy cause. Poppyscotland’s staff and volunteers work passionately and tirelessly all year round, they are a pleasure to work with.”

Poppyscotland’s Head of Fundraising Gordon Michie said: “On behalf of those in the Armed Forces community who rely on Poppyscotland’s vital support, I would like to say a massive thank you to the ScotRail Alliance and their customers for raising such a fantastic amount. The innovative partnership forged between ScotRail and Poppyscotland combined with the incredible generosity of those travelling on the rail network means that our life-changing services will reach even more veterans in the coming year.”