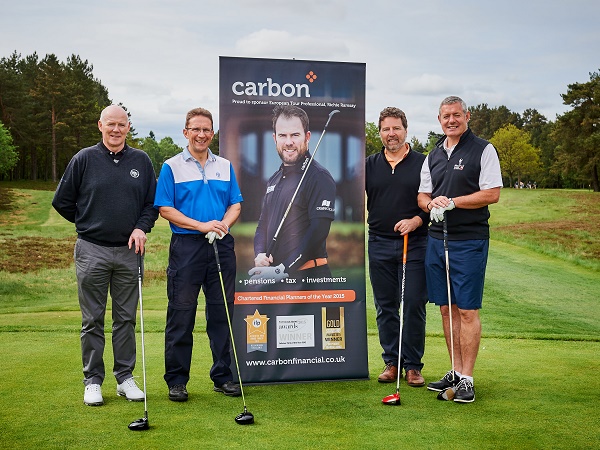 The Edinburgh business is a “Premier Partner” at the Perthshire club which hosted the 2014 Junior Ryder Cup and sponsored the event held over the Rosemount championship course.

Gordon said: “We were delighted to sponsor the Foundation golf day and it was great to see former Scotland stars like Gavin turning out for an annual event held in memory of legendary commentator Bill McLaren.

“The Foundation does fantastic work nurturing rugby and other grassroots sport – and fostering values close to Bill’s heart.

“The sun shone and we saw Blairgowrie at its best.”