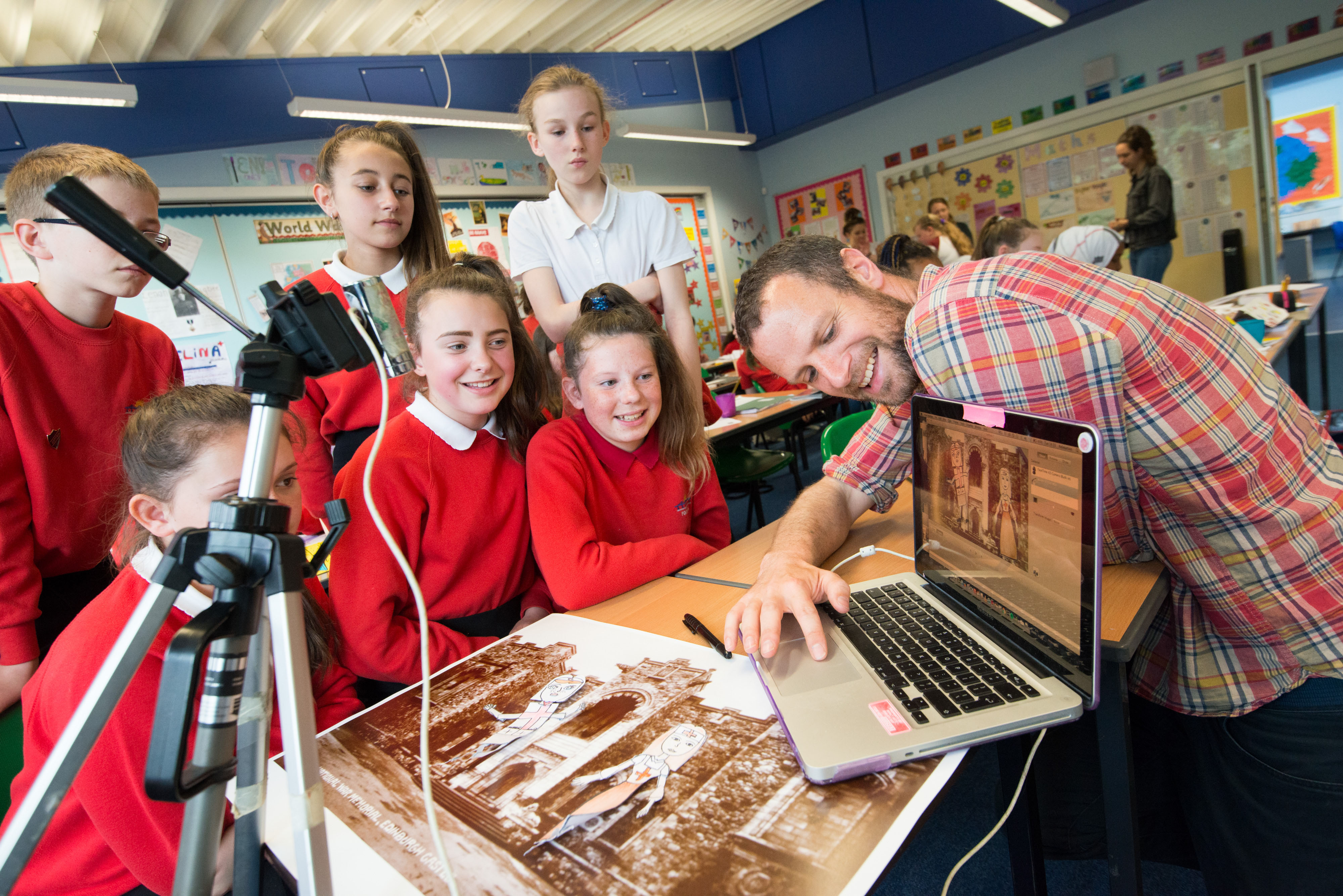 The red carpet is set to be rolled out at Forthview Primary on Thursday 8 June for parents to attend the premiere of a special animated film showcasing a project between Historic Environment Scotland, SCRAN (Scottish Cultural Resources Access Network) and Forthview Primary School in Edinburgh.

Historic Environment Scotland’s Learning Team have been working with Forthview Primary since 2014 to support their WWI topic, with pupils taking part in a series of cross-curricular workshops at their school and Edinburgh Castle.

To showcase the pupil’s learning and experiences, Historic Environment Scotland commissioned animator Henry Cruickshank to work with the pupils to create their very own animation that they will share with parents and other pupils at a grand unveiling on Thursday 8 June.

Sylvie Silk, Learning Officer at Historic Environment Scotland, said: “Pupils took part in a number of activities such as propaganda poster workshops, a recruitment activity at Edinburgh Castle and a poetry workshop, and found inspiration through visits to the Scottish National War Memorial and National War Museum. This film encapsulates all that they have learnt along the way and it will be a great resource for pupils studying the First World War in the future.”
SCRAN also worked closely with P7 pupils to explore the archives and historical footage available on their online catalogue. The animation uses SCRAN archive imagery as a backdrop and follows the journey of a soldier during the First World War, exploring themes of propaganda, recruitment and remembrance.

Jackie Sangstar, Education Officer from SCRAN said: “It has been extremely rewarding to see the class engage with the First World War archive material through SCRAN and see them use the imagery and information so creatively in their learning. The pupils integrated archive photographs into their animation with great effect. The outcome is a wonderful film and a valuable resource for First World War studies.”

Before making the film, P7 pupils took part in animation workshops and studied techniques such as character and plot development, storyboard creation and animation techniques.

Ms Watson, Class Teacher of Forthview Primary said: “Our Primary 7 pupils have thoroughly enjoyed the First World War project and learned many new facts and skills. The trips to the castle really developed their breadth of knowledge and understanding of life in 1914. Everyone joined in the engaging, hands-on workshops and rounding it off with an animation workshop was excellent!”

The film will be housed on Historic Environment Scotland’s website later this year where it will be available as a resource for other pupils studying the First World War.