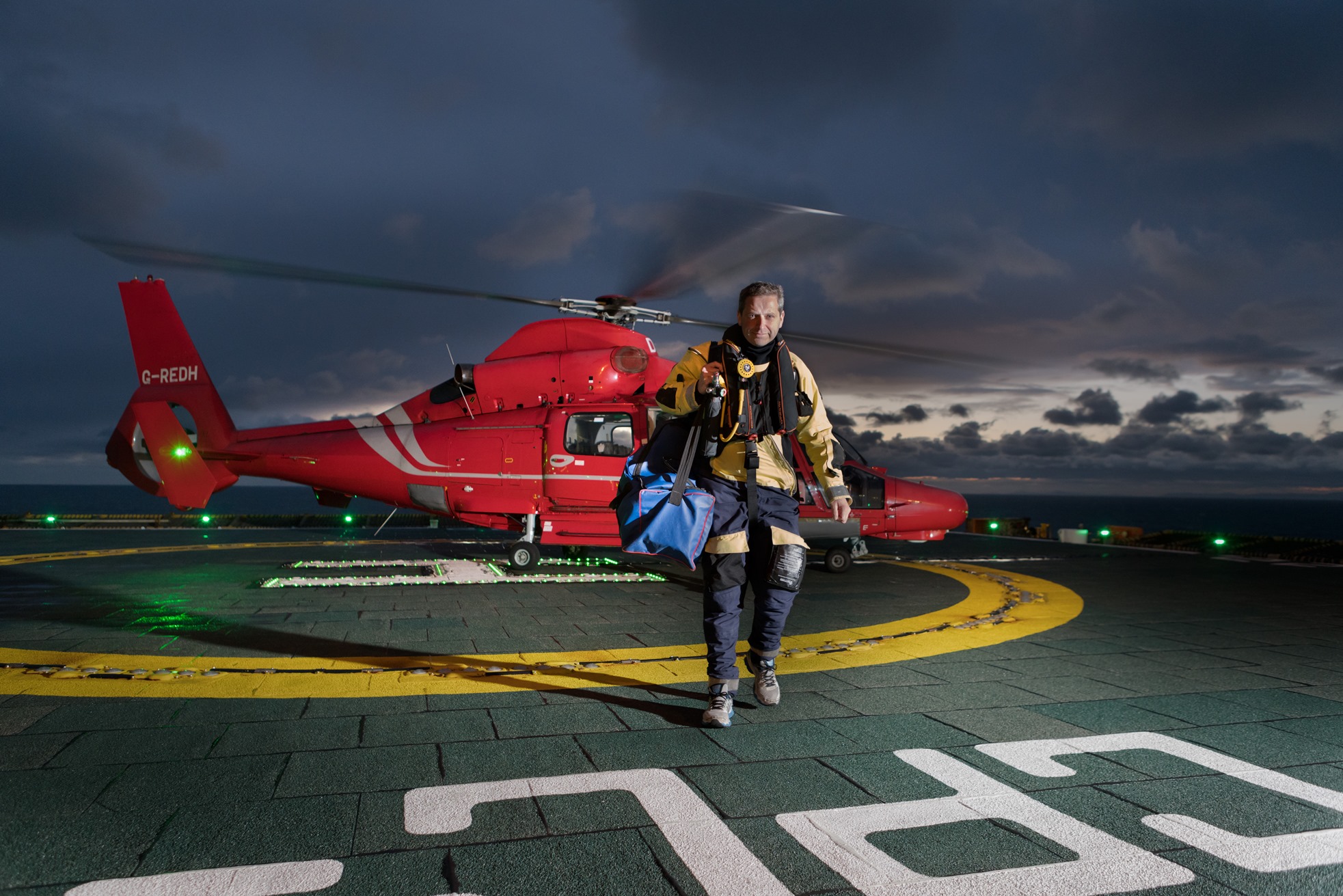 A former sea fisherman is embarking on a new career on the high seas after graduating with a BSc and MSc in nursing from Queen Margaret University (QMU), Edinburgh.

Norman Todd, 44, is a single parent and left school at the age of 16 with few qualifications and no academic aspirations.

He began his working life as a deep sea fisherman off the north coast of Scotland, but decided to change his career path and move into nursing in 1999. The fishing industry was in decline and it was getting harder to make a decent living.  He was spending 10 days at sea and getting only four days at home.

When he was 26, Norman signed up to an access to higher education course at Telford College (now Edinburgh College) in Edinburgh.  He had decided that an access course was the best option for him as a mature adult learner. Norman also felt it was a tough challenge, having being out of academia for a decade, but he really enjoyed studying and developing new life skills, which he still uses to this day. The experience provided him with an excellent grounding to go on to study at university and as a result was accepted to study Nursing at QMU.

Norman chose to study at QMU due to its reputation for delivering a high quality nursing undergraduate course. Moving to Edinburgh from the Highlands of Scotland was also an easy choice for Norman.  The vibrancy and culture of Edinburgh was a big draw for him.  He feels that Edinburgh is the “perfect student city with so many sporting and leisure activities on offer”.

Commenting on his nursing studies at QMU, Norman said: “I did have a fear that the academic work would be beyond me, but I was committed and have a strong work ethic. The academic work became easier and really interesting. I enjoyed every clinical placement, which gave me the opportunity to apply the theory into practice. With good mentorship on placements and in the University, I feel that I developed a professional approach to nursing.

“QMU has given me a thirst for life-long learning. I‘ve had a wonderful career which wouldn’t have been possible without having a firm academic basis, confidence and ambition that I gained from my undergraduate years.”

After graduating from QMU, Norman gained clinical experience working in acute medical admissions, rehabilitation and urology at the Western General Hospital in Edinburgh. He then decided to continue developing his knowledge and went back to QMU in 2007 to study MSc Nursing over three years.

“It was hard doing this whilst working, but I felt that my practice matured as I progressed through the course”, Norman said.  “At this point I was working as a urology nurse specialist at the Western General Hospital and the MSc positively influenced my clinical decision making, critical thinking, case management and professional approach.”

Norman made another career change in 2010, when he went to work in the oil and gas sector as an offshore medic for Centrica in the East Irish Sea. It is an autonomous role where healthcare is delivered in a hostile environment to a population with unique needs.

Norman added: “It’s been a fantastic experience for me and I’m fortunate to work for a company which has recognised my academic ambition and has given me the training and development to have a new role as the offshore health, safety and environmental advisor.”

Norman is currently undertaking a Bsc in Occupational Health at Robert Gordon University in Aberdeen. He expects to complete his studies in 2017, and then it is his intention to study another Msc in Safety and Risk Management at Heriot Watt University.  He also has a long-term ambition to undertake a PhD, which will examine the relationship between workplace culture and process safety.

For more information on the Division of Nursing at QMU, visit: www.qmu.ac.uk/hn/courses.htm