Football fans have raised over £600 to support SANDS Lothian after hosting an event that showcased the 2018 German Cup Final. Members of the Edinburgh Adler group, made up of Hibernian and Eintracht Frankfurt football fans, have generously donated all profits from the event that was held in the Cameo cinema in May this year.

Alan Craven and Ross Vincent, who both work at Scottish Widows, were proud to present the cheque to the charity on behalf of all those that supported the event, including the Bank of Scotland Foundation Matched Giving Programme. 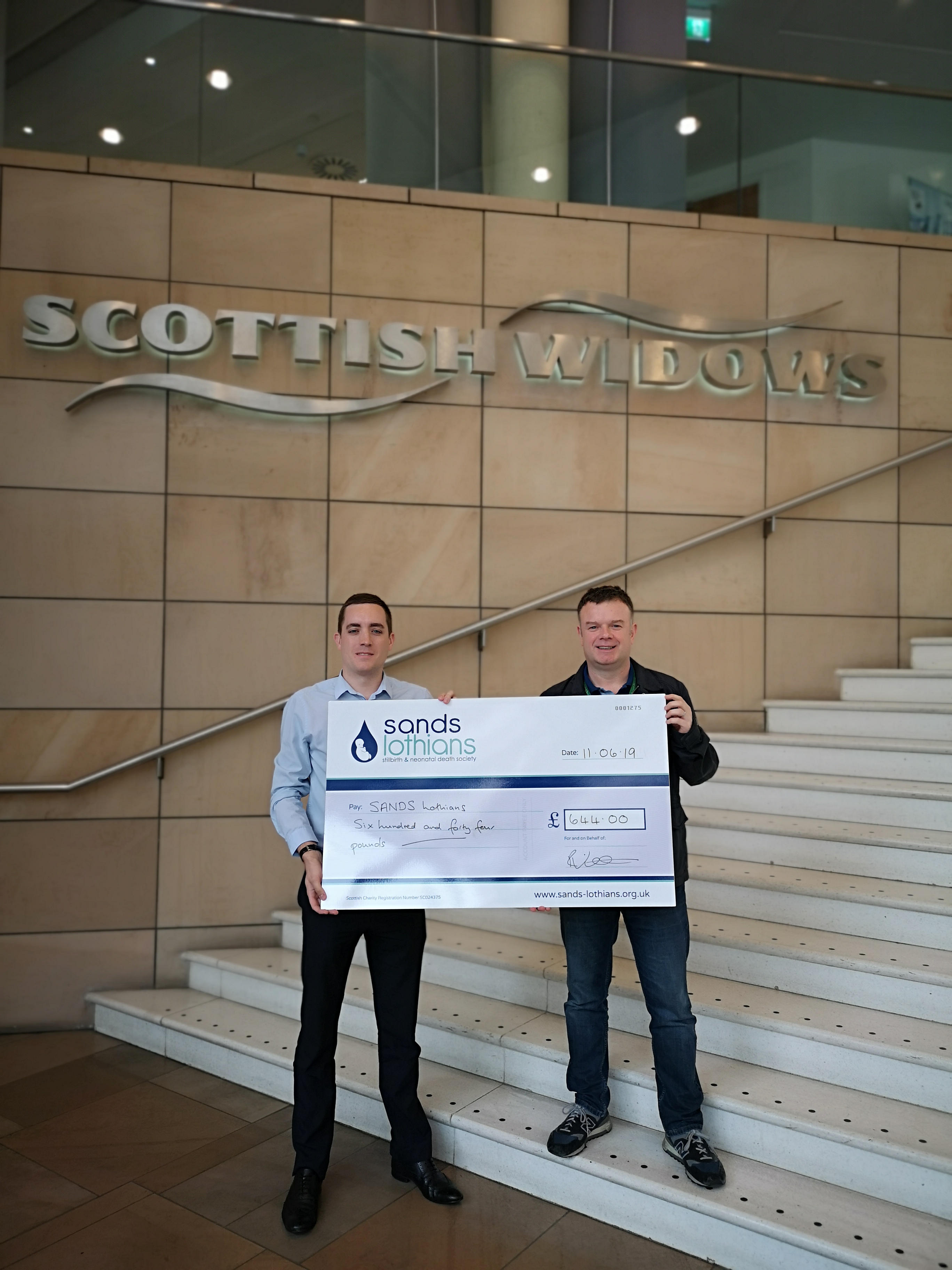 Ross explained; “As a non-profit event, we were very keen to make a donation to a local charity, and we decided upon SANDS Lothian due to the excellent work it does to support bereaved families.  We know that this donation will help improve the invaluable service it provides at a local level in Edinburgh and the Lothians.”

Alan added; “Football brings people together, and we are proud that donations to support our event came not only form Hibs fans, but also Hearts fans and supporters of other Scottish teams.  We hope that we can now help raise awareness for SANDS Lothians by sharing this fund-raising success across the wider football community in Edinburgh.”

Angie Alexander, Chief Operating Officer for SANDS Lothians said: “We are so grateful to the Edinburgh Adler group for choosing to support us in this way. It is so inspiring to see men come together in solidarity like this to raise funds for our work supporting bereaved men and women in the city. We know that for dads, they can often feel left out or forgotten when their baby dies, as often the focus is on the mum. To address this, we offer support services specifically for dads and grandads, who grieve equally, albeit differently for their loss.”

“Connecting through a sport like football is really powerful and allows men to come together and chat in a relaxed environment, whilst getting support in solidarity from their peers. Our dads’ group, set up and run by bereaved dads was the first of its kind in Scotland and they are hoping to start a regular 5 a side football team as a way to support each other and have some fun at the same time.”

If you would like more information about our dads’ group or any of our other support services, you can get in touch with the SANDS Lothians team: