Scotland’s most famous modernist ruin, St Peter’s Seminary in Cardross, is set to have its full story told for the very first time. The landmark new book will be released on Wednesday 30th November – 50 years on since the building first opened its doors in 1966.

Published by Historic Environment Scotland (HES) in partnership with the arts organisation NVA and The Glasgow School of Art, St Peter’s, Cardross: Birth, Death and Renewal traces the history of one of Scotland’s most celebrated and architecturally significant buildings. Featuring unpublished historical and contemporary images along with original plans, the publication charts the now ruinous structure’s history from its origins in mid-twentieth century Catholic Church building to its revival in 2016 as the stage for NVA’s award-winning Hinterland event. 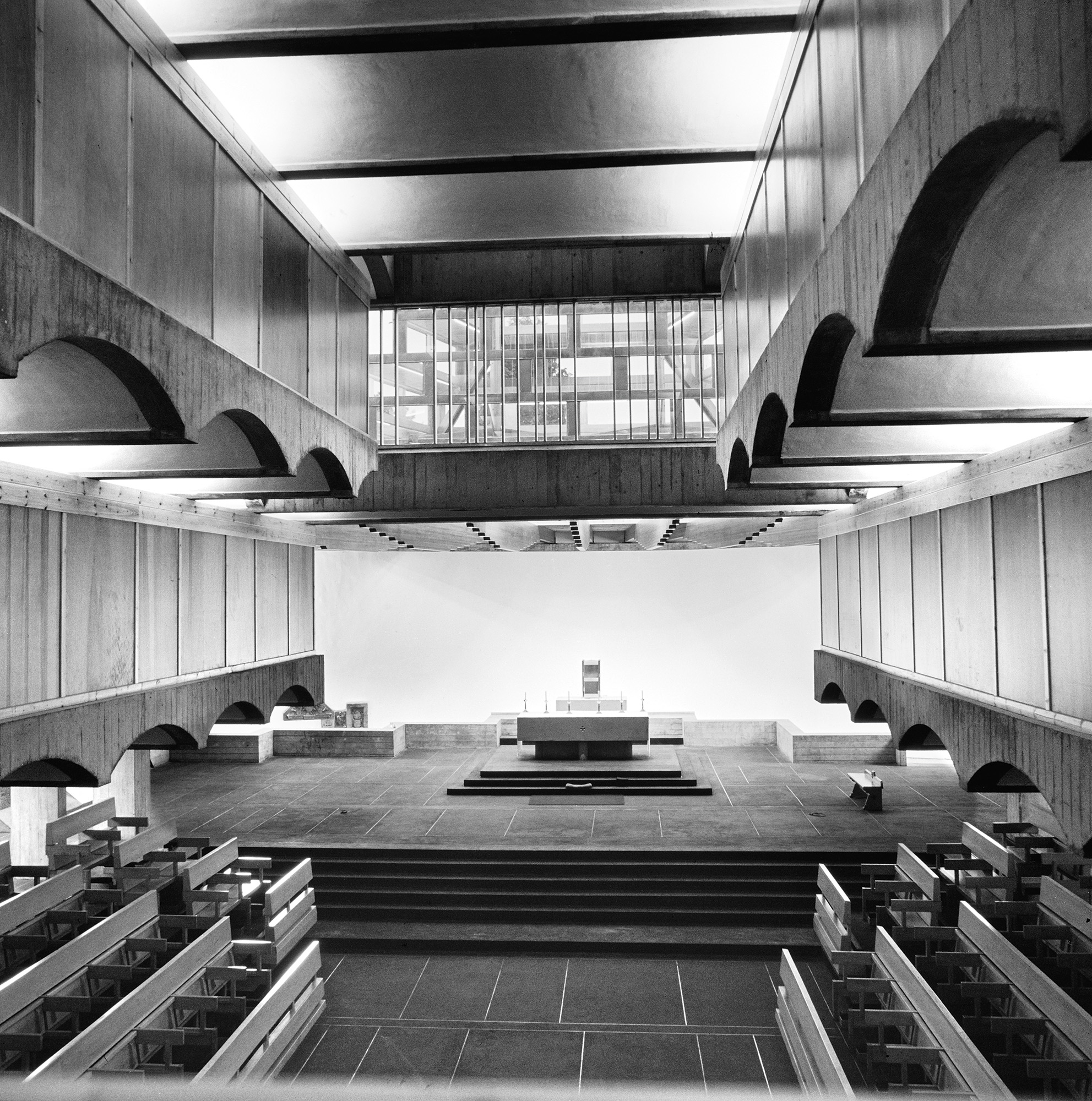 Designed by Glasgow firm Gillespie, Kidd and Coia as a teaching college for priests, St Peter’s only fulfilled its original role for 14 years and closed in 1980. As its uncompromising design gave way to prolonged construction and problematic upkeep, the Catholic Church reassessed the role of seminaries, resolving to embed trainee priests not in seclusion, but in communities. Although briefly repurposed as a drug rehabilitation centre, the building was soon abandoned to decay and vandalism.

It has been called both Scotland’s best and worst twentieth century building and still continues to captivate and intrigue audiences, architectural students and specialists alike. Considered one of Europe’s most valued examples of modernist heritage, it was category A listed in 1992.

Author and Architectural Historian at Historic Environment Scotland, Diane Watters, first wrote about St Peter’s in the mid-1990s. Watters’ new volume of work combines the structure’s past with the changes and developments the ruin has faced over the last two decades, telling its full story up to present date. She said: “This book traces the way in which religious and architectural change significantly impacted and shaped the story of St Peter’s. But it also looks at how its demise triggered a transformation in its legacy, as a structure of regional and Scottish interest when new in the 1960s came to be an object of international attention and fascination as an iconic ruin of the new millennium.

“The publication of this book is especially timely. This year has demonstrated the building’s future potential as a leading arts centre, marks its 50th anniversary, and falls within Scotland’s Year of Innovation, Architecture and Design.” 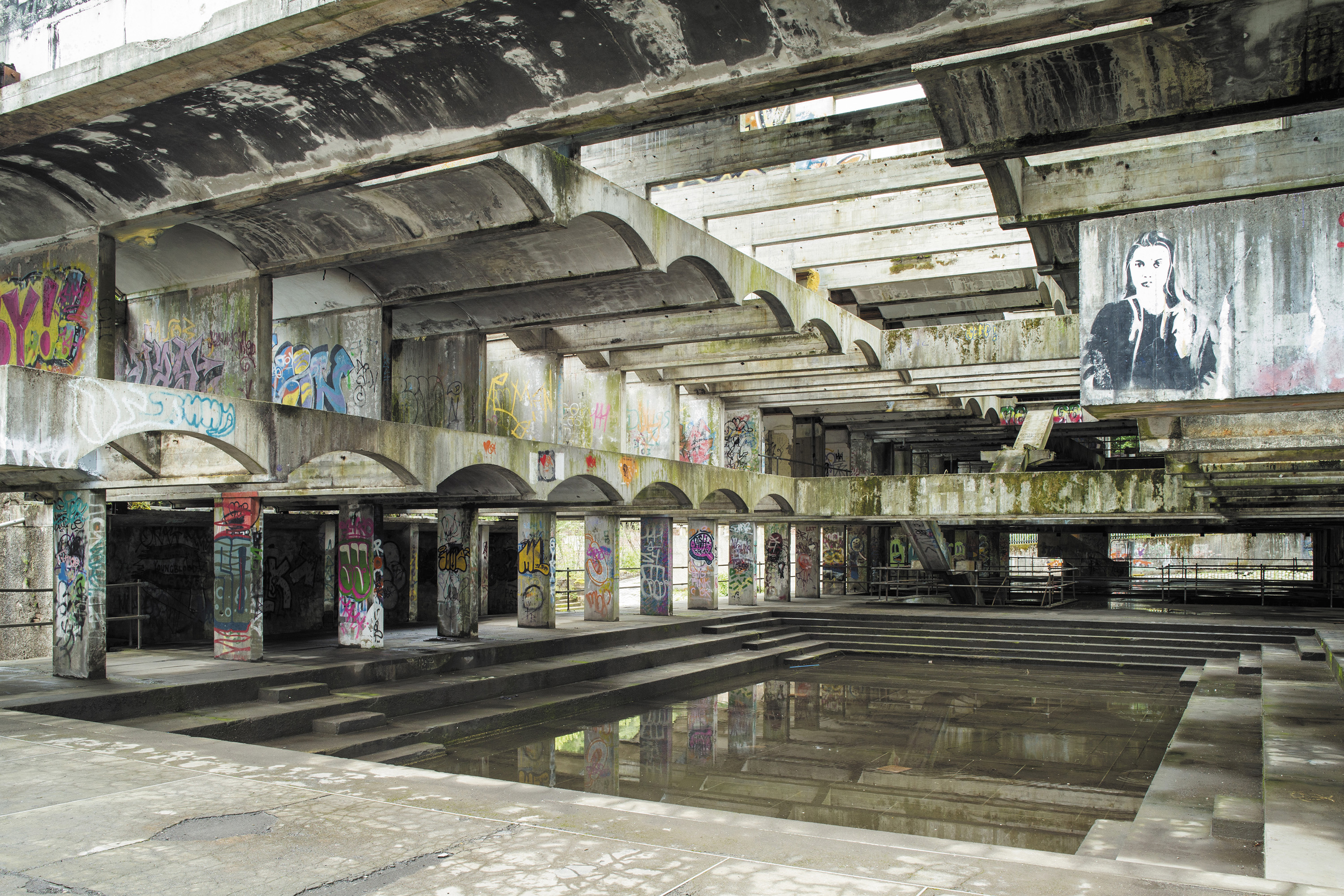 The book includes more than 200 images drawn from the collections of HES, The Glasgow School of Art, the Archdiocese of Glasgow and NVA – many never before published. It also features a 54-page image essay by NVA’s Creative Director Angus Farquhar, recounting how the independent arts organisation came to play a key role in the renewal of St Peter’s, and outlining his vision for the building’s future as a national platform for public art, debate and knowledge exchange.

Angus Farquhar, Creative Director at NVA, added: “I am really pleased that Historic Environment Scotland have revisited Diane Watters’ powerful account of the commissioning and life of St Peter’s Seminary. Now her updates tell St Peter’s full history to date and segue with NVA’s unique arts driven regeneration. Documenting the fascinating story of the last ten years and the move towards a long sought for solution to a national architectural problem this book offers a comprehensive insight into St Peter’s.”

St Peter’s, Cardross: Birth, Death and Renewal, published by Historic Environment Scotland in partnership with NVA and The Glasgow School of Art, is priced at £30.00 and is available from the SCRAN online shop as well as from all major book stockists.