First West Lothian and Livingston FC are delighted to announce a brand new commercial partnership that will see the bus operator become the Official Travel Partner of Livingston FC. 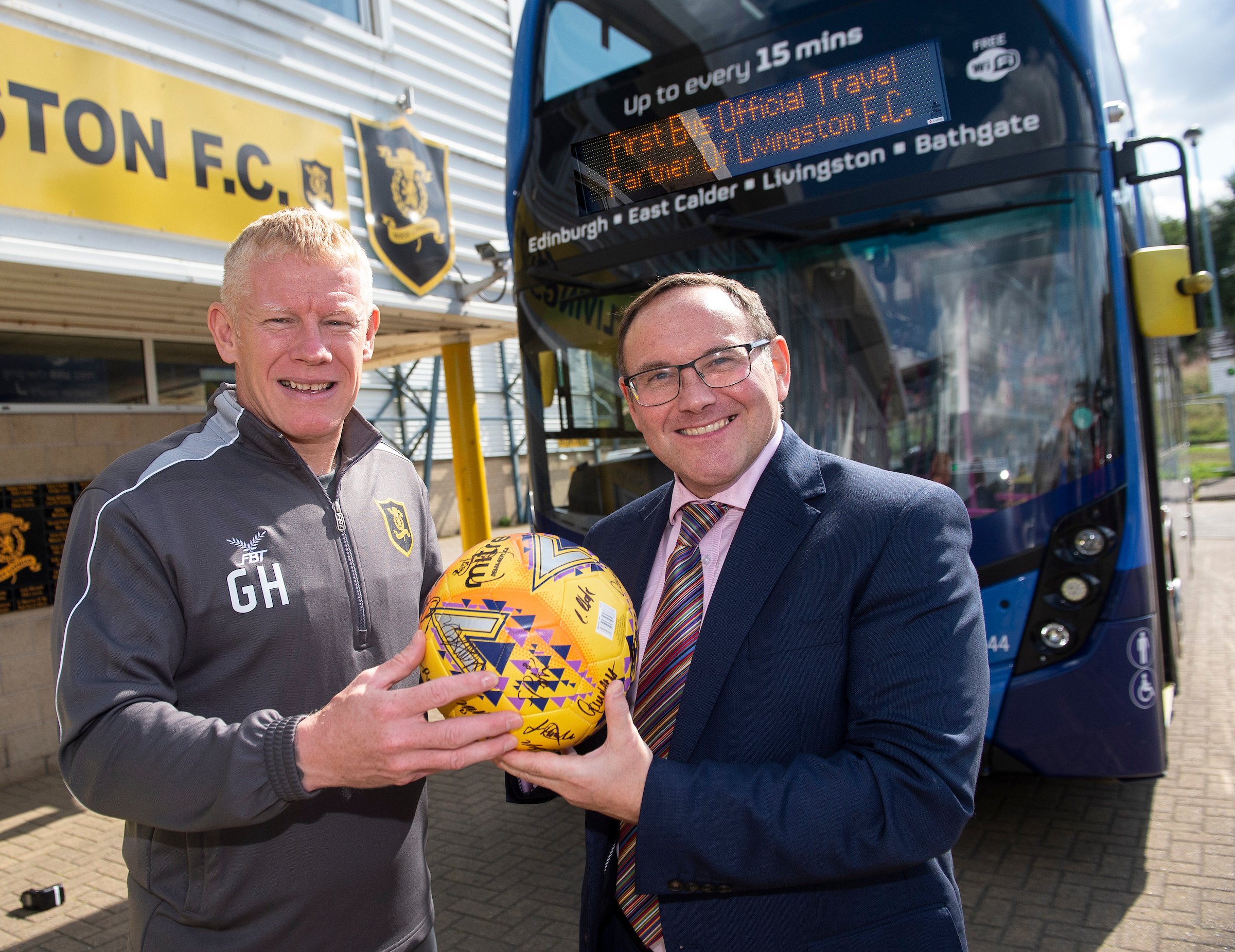 The bus operator will be providing sponsorship backing for West Lothian’s newly promoted SPFL Premiership side in the season ahead and there is good news for supporters looking to attend matches at the Tony Macaroni Arena to see the likes of Rangers, Celtic, Hearts, Hibs and Aberdeen coming to town.

The new partnership will also mean all football fans, home and away will be able to take advantage of an exclusive 20% off all services discount via the First Bus mTicket app. First West Lothian offer a range of services that connect the local surrounding areas with the Stadium and will be supporting matchdays with extra services from the likes of Livingston North station to allow all fans easy access to the matches.

Anyone presenting a match day ticket for the game on First West Lothian services, can take advantage of 20% off their FirstDay tickets and for this Saturday’s match with Hibernian, as a special introductory offer,will be giving on bus discounts. 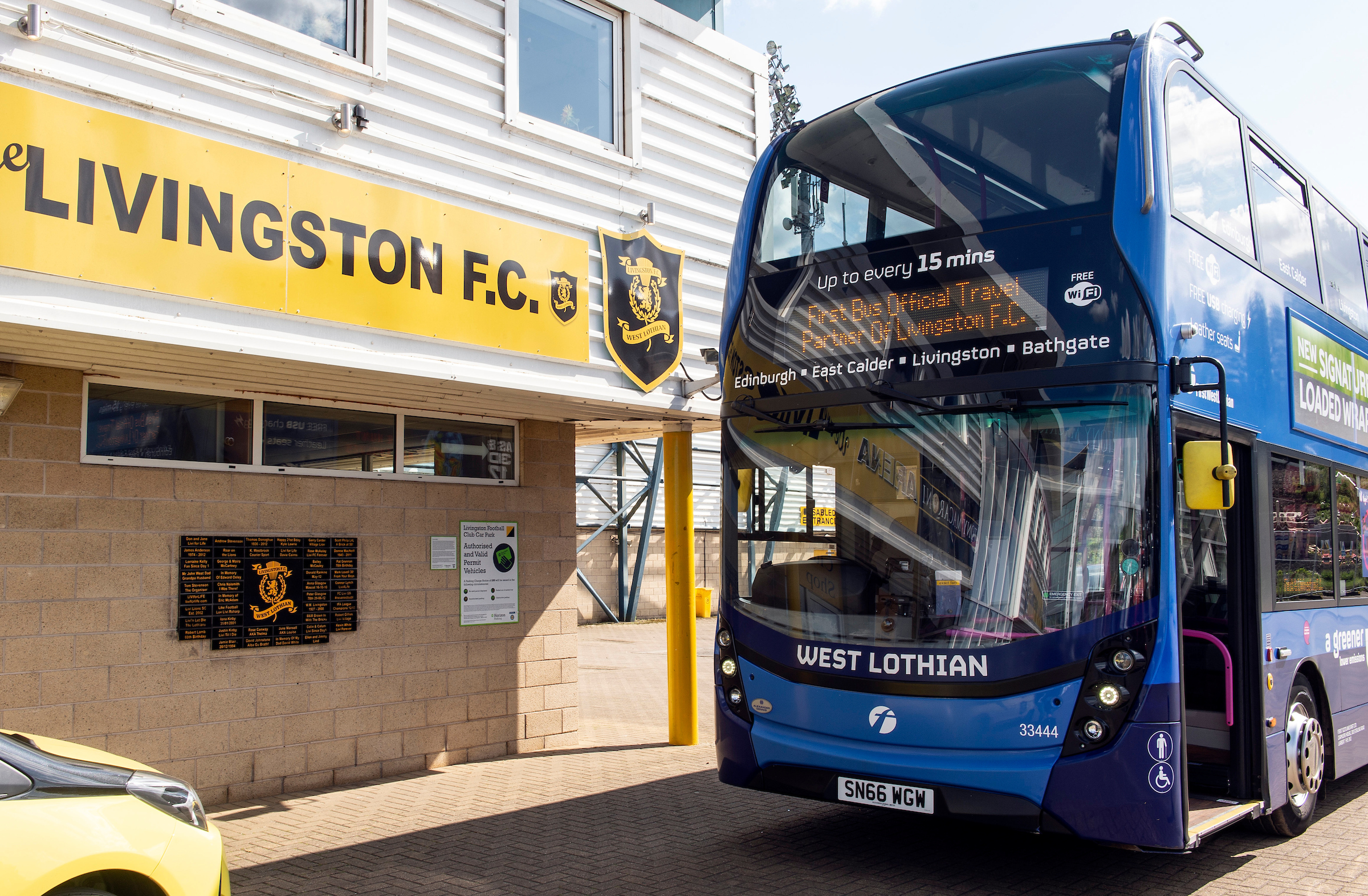 If you’re making your bus journey entirely within our West Lothian zone (Zone L on our map), you can take advantage of our Zone L FirstDay ticket at the reduced price of £3.60 (normally £4.50).

If you’re heading to the match from anywhere on our network within Edinburgh, you’ll be able to show your match day ticket and buy our Zones L+M FirstDay ticket at the reduced price of only £6.00 (normally £7.50).

The partnership comes off the back of the launch of the brand new First West Lothian network, which means; new services, new connections, more frequent buses and faster links for the residents of West Lothian.

David Park, Commercial Advisor to Livingston FC, said: “Livingston football club are delighted to partner with First Bus for this season. They are giving the home and away fans the opportunity to get to their chosen game at the stadium at a discounted rate and we look forward to this facility working for all concerned. I would like to thank a company as large as First Bus for offering their support to the club for the season ahead and we look forward to forging a lasting partnership with them.”

Graeme Macfarlan, Commercial Director for First Bus in Scotland, said: “We are thrilled to lend our support to Livingston FC as an Official Travel Partner for the current SPFL season. It is an exciting time for everyone involved with the club and in West Lothian in general as they prepare to welcome some of the biggest teams in Scottish football and we are delighted to help support the club with that. We have served the people of West Lothian for over 100 years and this new partnership is another way for us to continue to serve one of the local communities that we operate in.”

Further details can be found at www.firstscotlandeast.com/livingstonfc