A media lecturer from Queen Margaret University has presented an early Christmas gift to the residents of Scotland’s capital in the form of a stunning new film of Edinburgh’s Old Town.

The award-winning filmmaker, Walid Salhab, who is known for his stunning portrays of Edinburgh’s sky line, has just released a beautiful new film which celebrates Edinburgh’s historic Old Town. 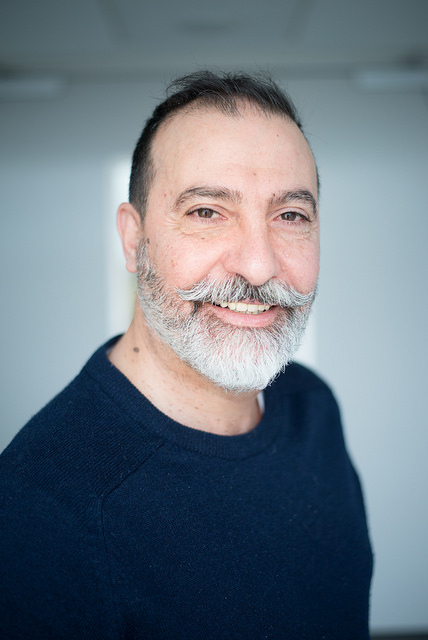 Often dubbed ‘Mr Kinetic’, Walid Salhab came to the attention of an international audience when he released Kinetic Edinburgh II, a magnificent time-lapse/stop-motion film of Edinburgh at Christmas time. This film has achieved over four million hits on You Tube and Vimeo and his Kinetic suite of films covering Edinburgh, Falkirk and beyond continues to captivate audiences all over the world. It was his unique style of films showcasing Edinburgh which built his reputation as a time-lapse/stop-motion filmmaker and landed him the contract to film The Kelpies. He is the only filmmaker to have captured the full five month build phase of the momentous horses’ heads in Falkirk and his magnificent portrayal of their construction was used to launch The Kelpies in New York and in Scotland in 2014. Walid’s more recent endeavours include applying his unusual time-lapse style to an animation film ‘Avaritia’. This year, he was invited to screen Avaritia at Cannes and other international film festivals in the USA and Europe.

Commenting on the new film, QMU’s Walid Salhab, said: “Anyone who knows me, knows I am in love with Scotland’s capital. Many different areas of Edinburgh including the Royal Mile, Portobello and Arthur’s Seat have taken centre stage in my films. I adore the architecture of the Royal Mile and urge everyone to thoroughly explore all of backstreets and the monuments surrounding the area. There is just so much to see and learn.”

‘My Old Town’ has provided Walid with the opportunity to experiment with some new filming techniques and blend these with stop-motion/time-lapse and normal filming practice. The normal shots were done using the DJI Zenmuse X5R in raw, the rest were stop-motion photography and time-lapse. He also used the Kessler Pocket Dolly, the 500 series motor and the Oracle controller.

Walid concluded: “I hope this film does justice to some of the striking buildings in the Old Town, makes us thankful for the beauty that many of us, as residents, have on our doorstep, and encourages visitors to explore our magnificent capital city. This is my Christmas present to the city. I hope you all enjoy it.”