A Dalgety Bay resident scooped the Leader of the Year title at a recent ScotRail Alliance employee awards ceremony.

Kenny Blythe, a local operations manager in Edinburgh, received the accolade at the second annual Your Recognition Awards. The event, held at the Radisson Blu Hotel in Glasgow on Saturday (19 November) and hosted by radio presenter and DJ, Gina McKie, celebrated staff achievements throughout the year and was attended by 210 ScotRail Alliance employees and guests. Blythe, who has worked in the railway for 33 years and was honoured with the title for his understated, yet very effective leadership qualities. Kenny’s ability to influence, challenge and direct his team successfully on a daily basis made him a worthy winner of the award. 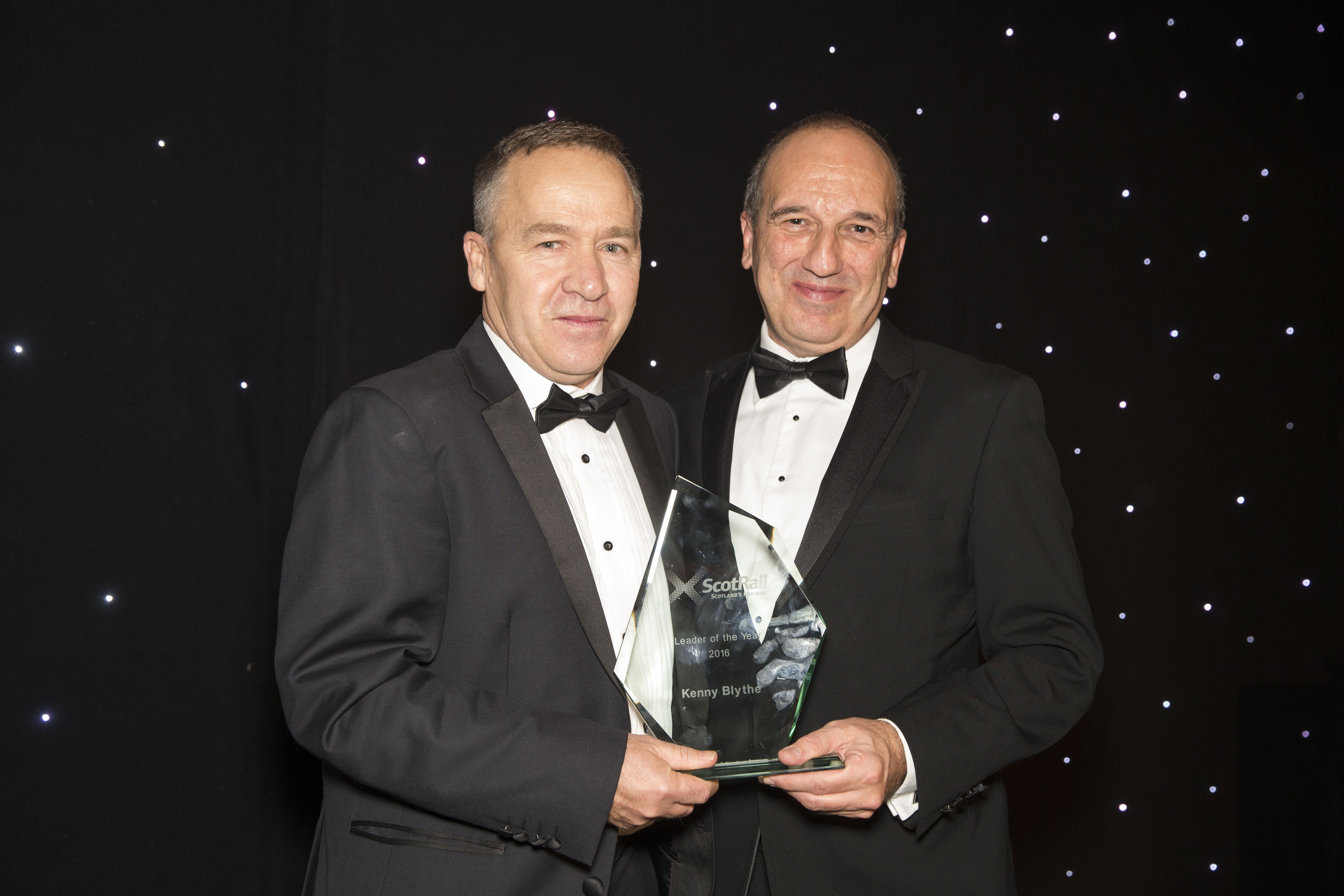 He said: “I would really like to thank my manager for the nomination, I’m really proud to have won.

“I’m proud to have Kenny represent the ScotRail Alliance, as he sets a great example for other employees. It’s great to get the chance to say thank you to a deserving winner, and to recognise him for his efforts.”

The 2016 Employee of the Year and Team of the Year, and several other ‘Outstanding Contribution’ awards, were also presented on the night.