With second year turnover nearly trebling to £6million, managing director Gareth Biggerstaff has announced the opening of a new Glasgow base headed up by associate director Nikola Kelly and consultant Sean Gilger.

And the company’s blueprint for a German presence has gone on the back burner.

Announcing the domestic expansion, Mr Biggerstaff explained: “A move into the London market is still on the cards but it would be foolish to press ahead with Germany given the uncertainty created by Brexit in terms of tax, tariffs and extraction.

“In the meantime, we can do business within the UK and make a judgement when the picture begins to get clearer on Europe.

“We are strengthening our position in the Scottish market in advance of opening in London simply because we believe it would be foolish not to exploit the opportunities that exist on our doorstep. The Buchanan Street office is fundamental to our growth targets.

“We have identified scope for expansion in the west of Scotland where you have global businesses like JP Morgan, Barclays and the CGI Group, as well as numerous SMEs. Glasgow is an important and evolving market.”

Nikola said: “The tech market in Glasgow and the West is very buoyant and we are confident that our combined networks and experience will allow us to add value both to clients and candidates.”

Commenting on uncertainty generated by the Euro referendum vote, Gareth observed: “Where there is a dark cloud there is always a silver lining. While we are suffering from huge uncertainty and volatility at the moment post-Brexit, in the long run there will, inevitably, be benefits in terms of new regulatory processes and organisations.

“We are going to see a massive impact on the banking, insurance and pensions sectors which will have to extract themselves from EU regulations, whether that demands minimal or major changes. We simply don’t know at this stage.

“There will also be an effect on local and national government in terms of the systems processes involved.

“Brexit is one thing but there is a huge amount still to be done around digitalisation. All of these changes will create opportunities.”

In a ground-breaking move ahead of Thursday’s Scotland IS annual Scotsoft conference at Edinburgh’s International Conference Centre, Be-IT have tapped into Dublin-based Social Talent to invest heavily in specialist recruitment training platforms tailored to the demands of the technology sector. 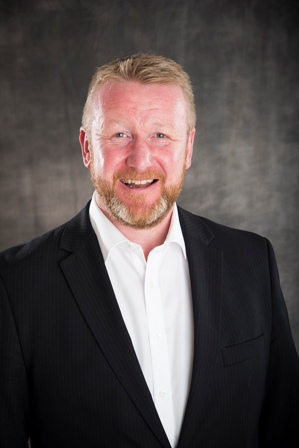