The excavation of human remains which could date back as far as 1300 has begun on Constitution Street, as part of the Trams to Newhaven project. 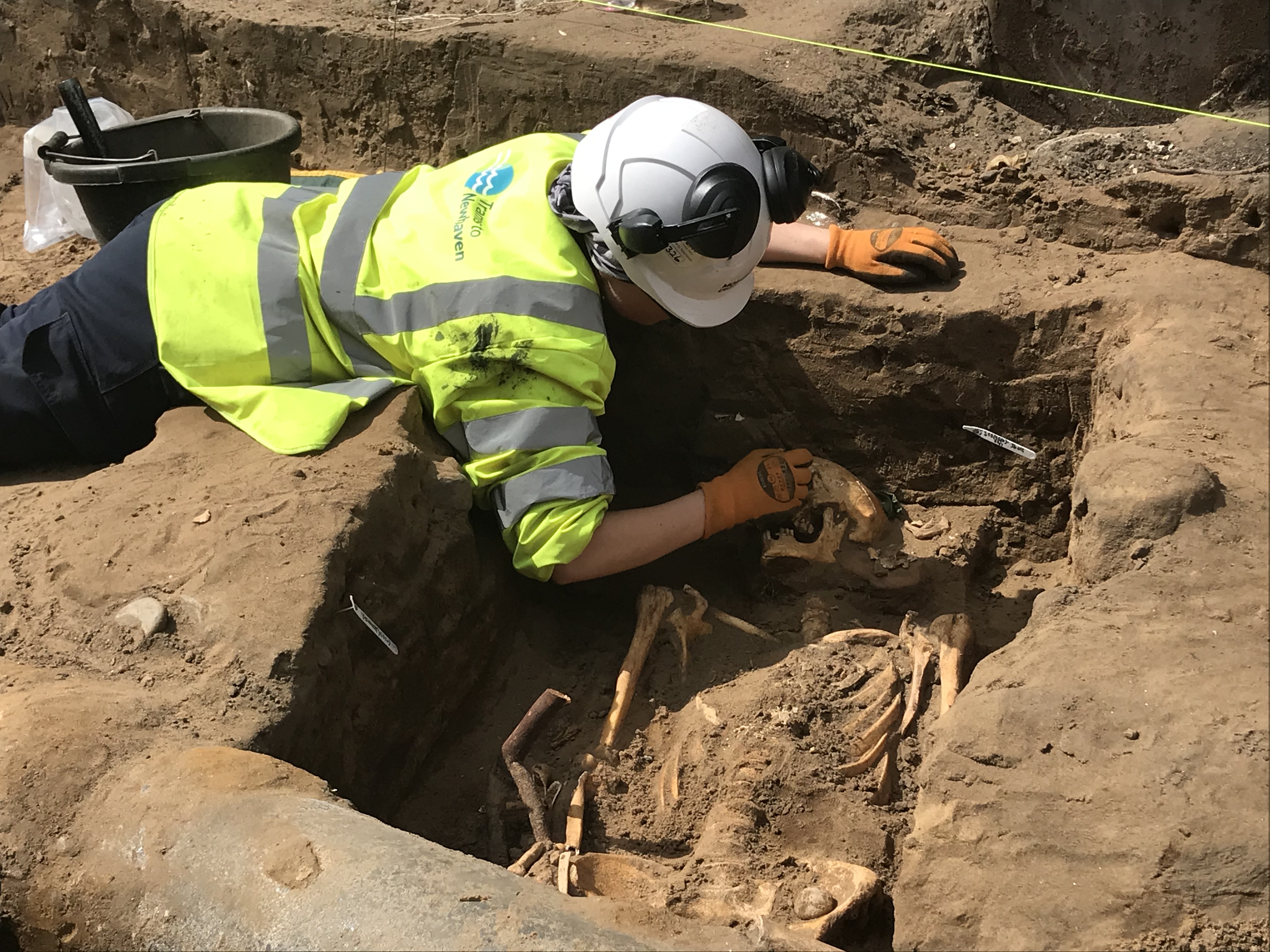 Archaeologists are on-site outside South Leith Parish Church, where previous investigations have shown that in the medieval period the church’s graveyard extended across the road with graves surviving beneath the current road surface.

The team are removing any human remains that are likely to be affected by the tram works, and have so far exhumed more than ten bodies, dating from between 1300 and 1650, as well as finding the apparent remnants of the original medieval graveyard wall. 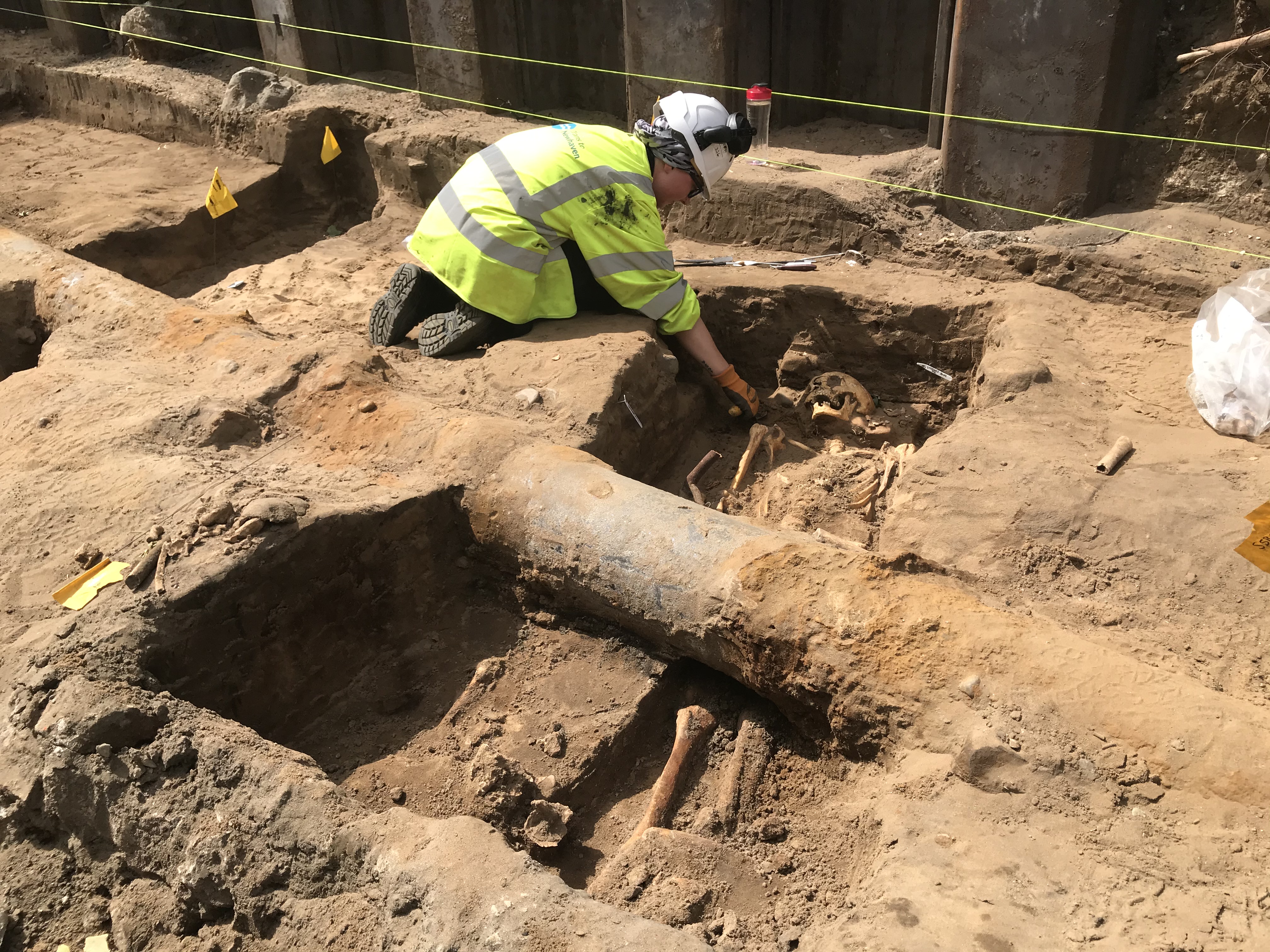 After the excavation the remains will be subject to examination and analysis that will reveal information on the origins, health, diseases and diet of the people of medieval Leith.

Depute Leader Cammy Day said: “This is an extremely fascinating, essential part of the broader project to bring the tram to Newhaven, shedding some light on centuries of history here in Leith.

“It’s crucial that we conserve the remains found here, and a team of archaeologists are carrying out the painstaking job of doing this. What’s more, further examination of the excavated graves will give us an invaluable glimpse into the lives of Leithers past.”

Transport and Environment Convener Councillor Lesley Macinnes said: “The Trams to Newhaven project is now up and running again and progressing well, as the main works get underway on Leith Walk. This element of the scheme is just as important as track-laying or landscaping and allows us to conserve a small piece of the area’s heritage for generations to come.” 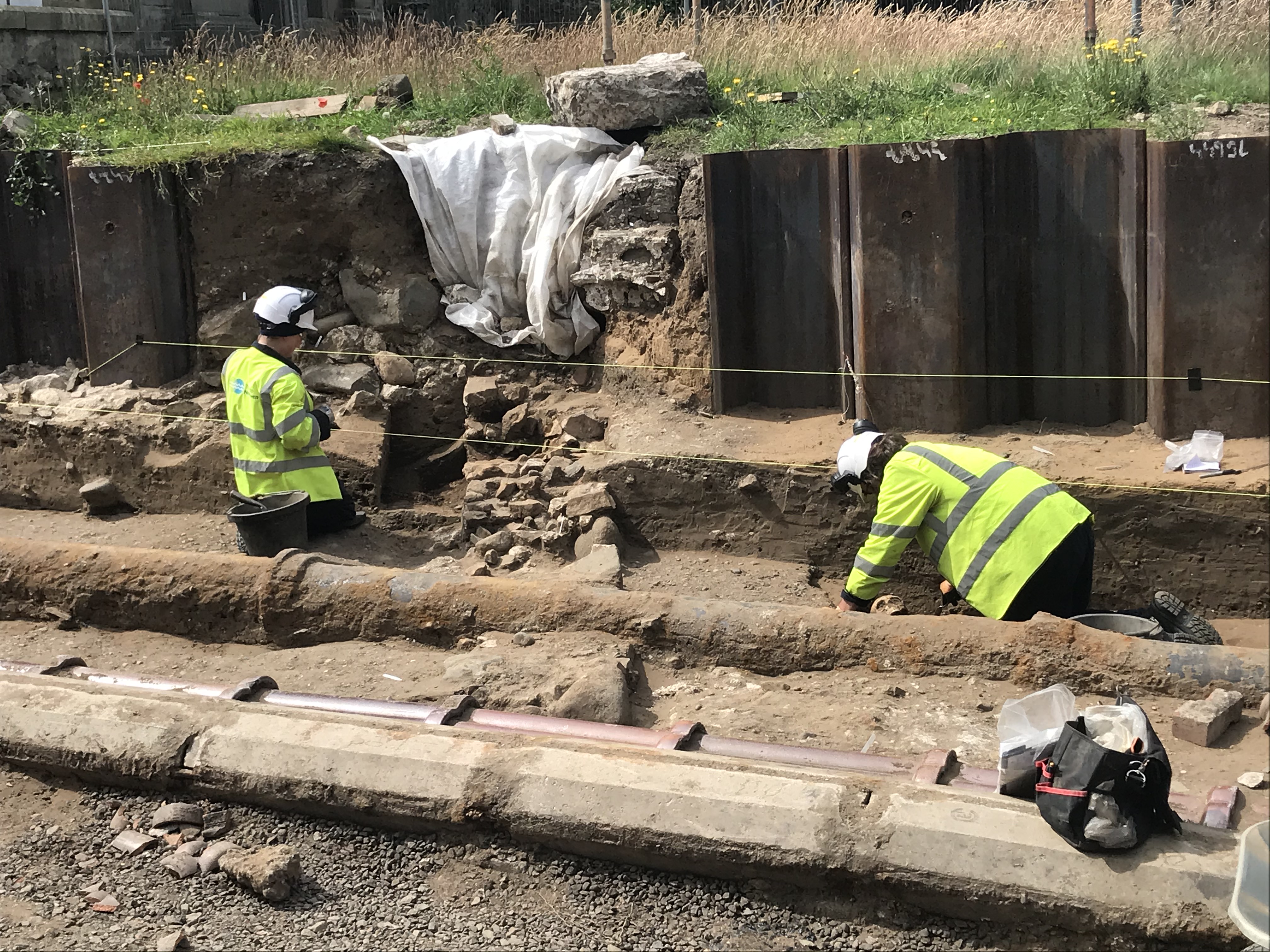 Council Archaeologist John Lawson said: ‘’The historic port and town of Leith is one of the Scotland’s most significant urban archaeological sites with evidence of occupation going back over 900 years.

“Although only just started, the excavations by our team from GUARD have already provided important new evidence regarding the history of the graveyard and earlier town with the discovery of what we believe are the remains of its original medieval graveyard wall. It is hoped that further new discoveries will be made and that we will learn important new evidence for the lives of Leith’s medieval inhabitants so that we can tell their story to modern Leithers.’’

Last month, archaeologists from GUARD Archaeology Ltd, who are undertaking work on our behalf under contractors Morrison Utility Services, shared images of discoveries made during initial investigations on Constitution Street. These include rare whalebones, a cannonball thought to date back to the 17th century and historic drainage.

Archaeological work began on Constitution Street in November 2019 and was stopped at the end of March, along with the wider project, to comply with Government guidance and to protect the safety of workers and residents in light of the coronavirus outbreak.

During the first phase, the team took down part of a wall surrounding Constitution Street Graveyard, dating back to 1790, ahead of excavation of the historic graveyard. Preparatory work led archaeologists to discover what appears to be a large charnel pit which may contain the remains of some burials recovered from the laying of 19th century services in Constitution Street.

The main construction works on Leith Walk from Elm Row to Crown Place are currently underway, with traffic management involving Leith Walk being reduced to one city bound lane between London Road and Crown Place for the duration of the works. 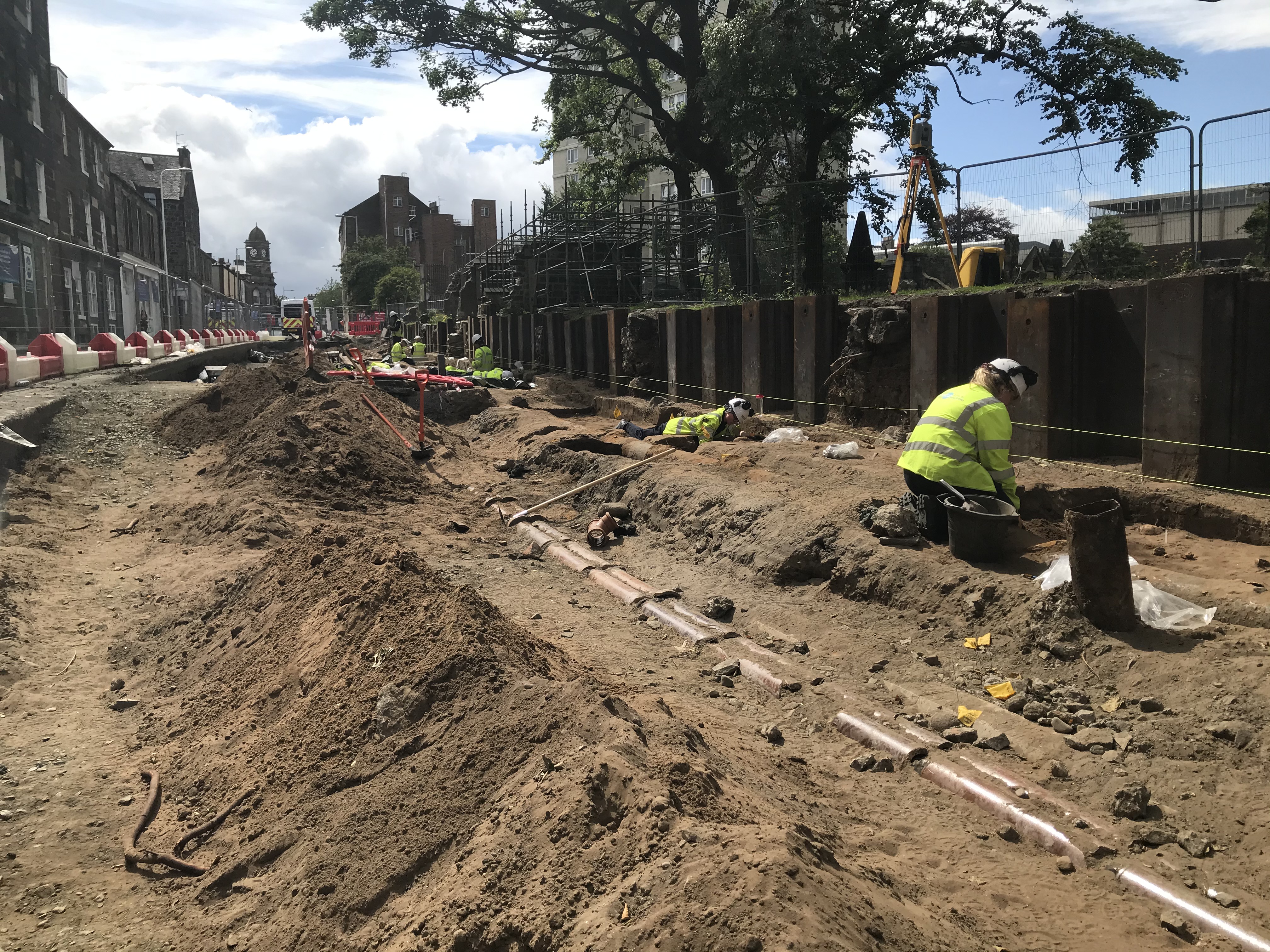 All works, including archaeological investigations, are being carried out while maintaining physical distancing and with additional measures to protect workers’ and the public’s health in place.

Find out more about Trams to Newhaven on the project website.