It is always nice to start a new year with the launch of a new website, especially when it is for such a prestigious client as Scotch whisky maker the North British Distillery Company Ltd, Edinburgh most illustrious distilling institution.

This is the second generation website for the North British, this new site is a future friendly fully responsive design so that it reformats for tablets and mobile devices as well as desktop PC’s to enhance the site visitors experience and meeting the expectations of new technology. 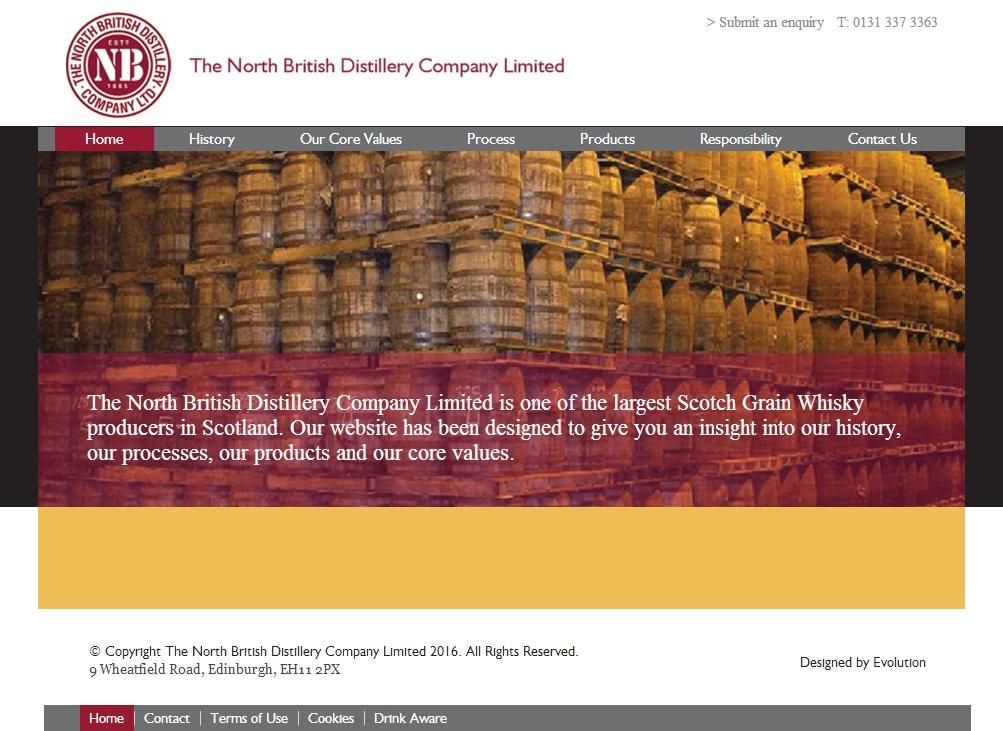 The design brief for the new website was to present the full company heritage, from early beginnings in 1885 through the traditional production process and quality of the Scotch Grain Whisky in a contemporary presentation brought fully up to date, imbued with. As well as the highest standards of quality, the actual quantities of grain whisky distilled in west Edinburgh are quite staggering. Using their four Coffey Stills, the 2.5 billionth litre of alcohol was produced in late 2015.

By visiting the site to learn about the process from malting and mashing to fermentation and distillation. The website also tells the story of how this Edinburgh company grew and established itself as a fundamental part of the Scotch Whisky industry as it became global.

The new site is WordPress allowing the Client to update the sites text and image content as well as the site architecture. We also added Google Analytics for the first time to provide user information for evaluation purposes.