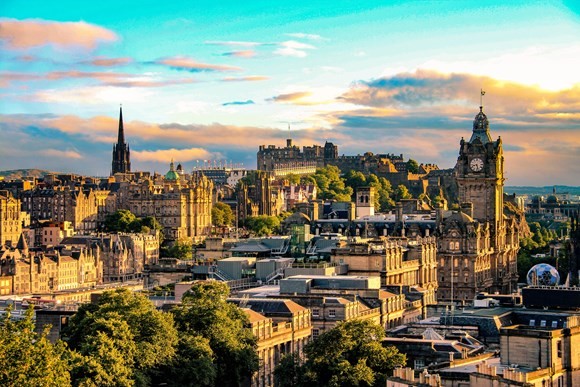 Edinburgh households are more climate aware and generate less waste per resident than those of any other major Scottish City according to new report produced by the City of Edinburgh Council.

The 13th annual edition of Edinburgh by Numbers, just published, provides a statistical overview of the Capital and how it compares to other UK cities in terms of People, Work, Economy, Tourism, Education, Environment, Property, Travel and Connectivity.

In Scotland:
• Edinburgh households are more climate aware (80% of city respondents to the 2018 Scottish Household Survey said they believed that climate change is an immediate and urgent problem)
• Edinburgh households generate less waste per resident than those of any other major Scottish City (373 tonnes per 1,000 population – the lowest per Scottish city)
• Edinburgh recycled 42.6% of its household waste on average in the three-year period from 2016 to 2018, more than other Scottish cities
• In Edinburgh one in four people (25.0%) reported that they use the bus either every or almost every day.
In the UK:
• Edinburgh recorded the fourth largest reduction in carbon dioxide emissions per population out of UK major cities during 2010 to 2017.
• Edinburgh has been named ‘the greenest city in UK’ in 2019 in a study by First Mile. This looked at everything from recycling, air quality, pollution levels, plastics use, green spaces use to the number of electric vehicles and levels of disposable fashion consumption.
Edinburgh’s labour market has a strong national reputation of low unemployment, high wages, and highly skilled workforce and the figures show a city where businesses flourish, with five-year business survival rates of new businesses higher than most other UK cities.
Scotland’s Capital continues to be an international and welcoming city. In comparison to other UK cities, Edinburgh has the highest proportion of non-UK students (30.9%) and the highest proportion of EU students (11.7%) at university.
Edinburgh also remains popular with visitors. The number of visits by overseas tourists to the Capital increased by over 1 million from 2012 to 2018. In the same seven-year timeframe the number of overseas visitors coming to Edinburgh in the traditional off-season October to March period increased significantly (Jan-Mar up by 110% and Oct-Dec up by 123%).
Other key findings include:
• Edinburgh’s population grew by 13% from 2008 to 2018. This was almost five times higher than previous decades’ growth: the population grew by less than 2.8% between 1988 and 1998 and between 1998 and 2008.
• In 2018 there were around 19,000 pupils in Council-run secondary schools in Edinburgh. Almost the same number of students were studying a postgraduate degree in higher education (18,600).
• Home ownership in Edinburgh was 56% in 2018, higher than most other Scottish cities.
• The total number of passengers using Edinburgh Airport in 2018 was 14.3 million, an increase of over four million since 2014.
• 87% of people in Edinburgh are satisfied with public transport in the city. This is higher than the rate recorded in other Scottish cities.

• 34 parks in Edinburgh were awarded a green flag. This was an increase from 13 parks in 2010. Edinburgh makes up 48% of all Green Flag awarded parks in Scotland
Cllr Adam McVey, Leader of City of Edinburgh Council, said: “We are seeing a worldwide effort to tackle the reality of climate change and as the Capital city, we’re at the forefront of leading this change. This edition of Edinburgh by Numbers reminds us of our existing efforts to boost our city’s sustainability and reinforces our ambitious plans to cut carbon to net zero by 2030.

“It also comes just after Edinburgh being announced in December as the second most sustainable City in the UK – thanks to our fantastic parks, recycling rate and range of other green initiatives driving up quality of life and driving down our environmental impact. Just on Friday, we also launched major consultations on the Choices for City Plan 2030 and the City Mobility Plan, which together envision a ten-year strategy for sustainable transport and development in the city.

“The report demonstrates that the Capital is growing, prosperous, successful and competitive in a global context. Our economic and business indicators are some of the strongest outside of London and our employment market remain resilient. Unemployment in the year to March 2019 was 3.6% – lower than any other major UK city.

“Of course, with Edinburgh’s population growing by 13% in the last decade as well as a growing region and more wanting to visit, our infrastructure and services will feel that pressure. We’re determined to respond to and manage this level of growth in terms of the impact on housing, transport and other frontline services. We’re progressing a Transient Visitor Levy to give us more resources to help invests in the solutions needed to better manage the City. Our game-changing City Centre Transformation plans, to make Edinburgh as pleasant, accessible and sustainable a place to live as it can be will be central to this.”

Depute Leader Cllr Cammy Day added: “Edinburgh by Numbers is full of amazing facts about our Capital city, like the statistic showing 80% of our residents believe climate change is an immediate and urgent problem – something which chimes with our ambitious goals to make Edinburgh carbon neutral by 2030.

“These latest facts and figures once again demonstrate that Edinburgh has much to be positive about. It shows that this is a vibrant capital city with a diverse economy, an increasing population and strong investment potential. Our visitor numbers continue to rise and seven of the top 10 most visited attractions in Scotland in 2018 are based in Edinburgh.

“We’re anything but complacent, though. In everything we do, we continue to prioritise how we address inequality in this city so we can ensure Edinburgh’s success is shared with all citizens.”
The figures appearing in this edition of Edinburgh by Numbers are the most up-to-date available at the time of publication [Dec 2019].