THE CO-FOUNDER of an employee-owned campervan firm has announced plans he will be moving into the role of Chairman as the company looks for a new Managing Director. 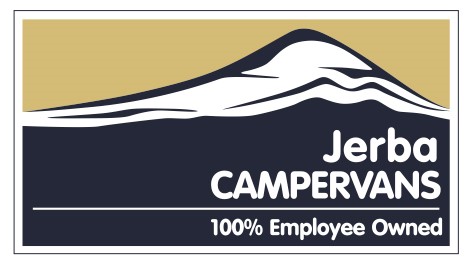 Simon Poole founded Jerba Campervans in 2006 alongside his wife Cath after deciding to turn his passion for building VW Transporter conversions into a bona fide business.

Since then, the North Berwick firm has continued to grow from strength to strength with its annual turnover increasing every year since the business was created.

Under the stewardship of Simon, Jerba Campervans adopted employee ownership in 2018 with its 14-strong team benefiting from a yearly, equal profit share, regardless of their position.

He said: “Running this business has been the greatest thrill of my life. My wife Cath and I bought a T4 campervan from another converter in 2002, we loved it, but we also felt that there were a couple of things that we could improve on, and so we started Jerba.

Now, almost 17 years later, this passion of ours has really flourished into a trusted and recognised business.

“It has been fantastic to see the company grow so successfully and this success is down to the remarkable team we have behind us who strive for excellent craftsmanship and customer experience.

“I’m now looking to hand the daily reigns over to some capable hands to continue Jerba’s success and innovation and to look after my the wonderful team.”

Recently, firm received official accreditation from Volkswagen Commercial Vehicles as one of a handful of converters to be recognised as a Motorhome Qualified Converter – and the only in Scotland.

Jerba Campervans has also been recognised for its ethical tax conduct by the Fair Tax Mark group, and was awarded the Good Business Charter for responsible business practices in 2020.

The search for the MD has begun with Simon determined to appoint someone with similar values to himself who understands the ethos of the company and will help drive the company to explore other commercial opportunities in the highly competitive UK campervan and wider vehicle conversion markets.

Simon added: “We have a number of exciting plans in the pipeline for 2022 and we need an MD who will bring a fresh, diversified approach to the role.

“The candidate must buy into our commitment to the employee ownership model, but develop new strategies to build on the company’s success and open up new opportunities and market areas.”

Jerba Campervans specialise in converting Volkswagen Transporter T6.1 Models and is officially recognised by Volkswagen as a converter of the model. In 2015, Jerba Campervans gained a patent for their unique pop-up roof, which they add to all of their Volkswagen conversions.

To find out more about Jerba Campervans, visit www.jerbacampervans.co.uk