The UK’s most comprehensive assessment of cycling in cities, Bikelife, has revealed that eight out of ten people in Edinburgh (80%) support building more protected roadside cycle lanes even when this could mean less space for other road traffic. 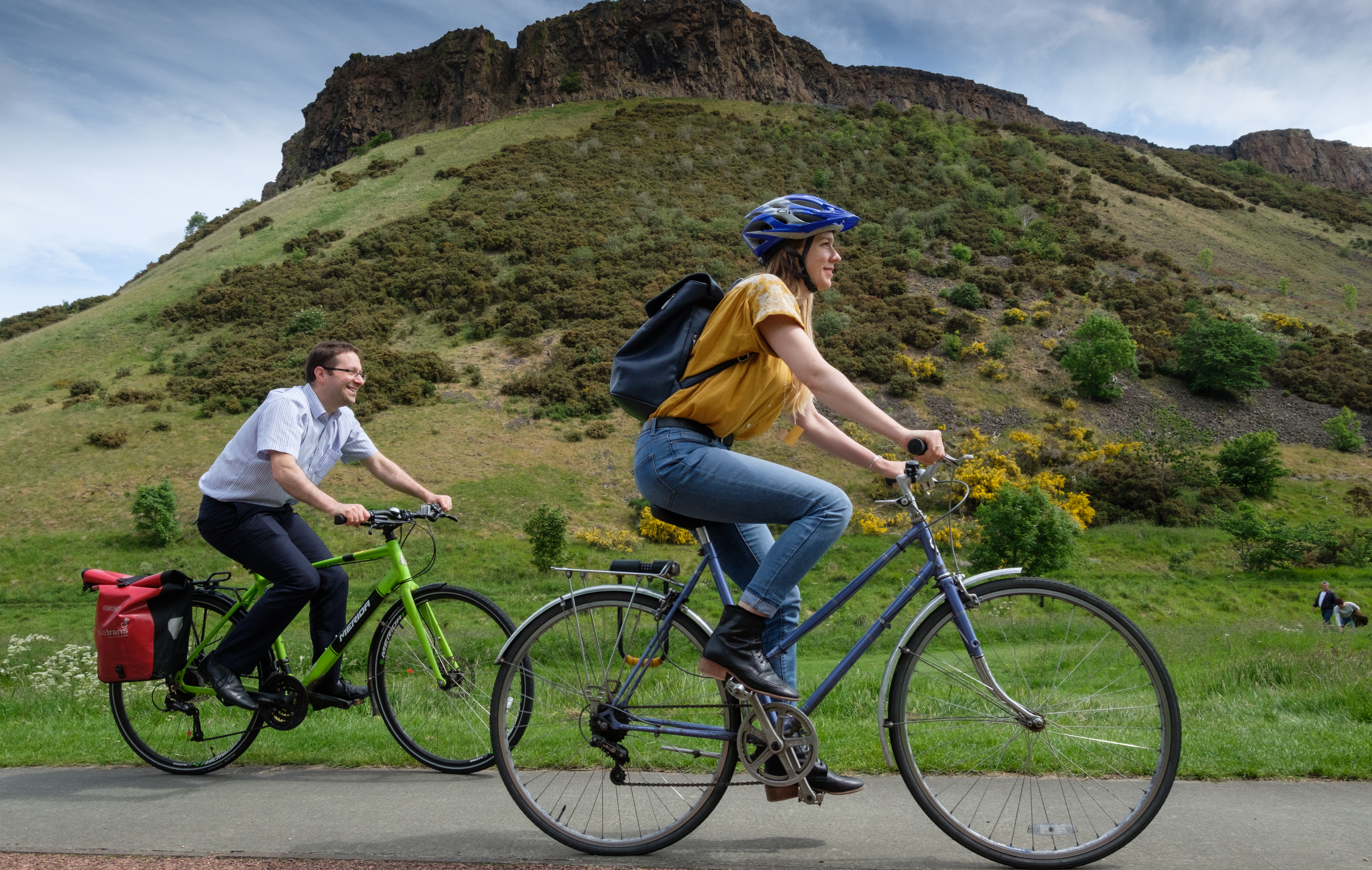 The report found overwhelmingly positive perceptions of cycling in Edinburgh, with two thirds (63%) reporting that more people riding bikes would make the capital a better place to live and work. In addition, three quarters (75%) of Edinburgh residents said they would like to see more spent on cycling.

Since 2012/13, the City of Edinburgh Council has steadily increased its investment in active travel, from 5% of the transport budget to 10% of the Transport budget in 2017/18.  It was the first local authority in Scotland to make such a commitment.

The City’s delivery programme also recently received a major boost with match funding from the Scottish Government through Sustrans Scotland’s Community Links Plus programme for two new projects. This major design competition recognises transformative proposals that promote walking and cycling.  The study is part of a wider piece of research by Sustrans covering seven UK cities that looks at cycling habits, satisfaction, and the impact of cycling more widely.  A representative sample of more than 1,100 residents were interviewed as part of the second Edinburgh Bike Life Report which assessed cycling development, attitudes and behaviour in the city. Since the first Bike Life report in 2015, the city has already seen significant improvements to cycling provision.

As an increasing number of people choose to walk or cycle in Edinburgh, the health, social and economic benefits are clear.  Bike Life calculated that 15.3 million trips were made by bike in Edinburgh in the past year, equating to a £24 million benefit to Edinburgh based on aspects such as vehicle costs, health, travel time and congestion. This also means 6,164 tonnes of greenhouse gas emissions are saved annually, equivalent to the carbon footprint of 1,258 people.

“The message from the Edinburgh Bike Life survey is absolutely clear: the capital’s residents want to see more people choosing to travel by bike.

“The City Of Edinburgh Council can rest assured that they have the backing of the public to build on the work they have already started to enable people to choose healthy, clean and cheap journeys by getting on a bike.”

“It’s clear from the Bike Life survey feedback that more and more people see that cycling has an important part to play in getting around Edinburgh , recognising the many benefits to their health, the environment and the amenity of our streets. We intend to fully take the results on board as we plan for the future of transport in our city.”