Business Insider has just reported that the Edinburgh Office market continues to bubble away. The City enjoyed a strong second quarter, after a slow start to the year, according to new figures. Office lettings between the first and second quarter rose 150 per cent to 351,916 sq. ft., making just under half a million sq. ft. (491,885 sq. ft.) for the first six months of 2018.  A number of commercial developments keep the UK office focus on what’s happening in the City. These include the Mint Building (East End of Edinburgh) taking over 60,000 sq. ft. of space and already under a pre-sale agreement, the prime Grade-A office development at 2 Semple Street (West End) providing 38,648 sq. ft. across six floors and Haymarket (again West End) a mixed-use development site acquired by M&G Real Estate for £49.1 million with a gross development value of circa £280 million, The Haymarket site has planning permission for the development of three Grade A office buildings totalling 350,000 sq. ft., provision for 40,000 sq. ft. of retail and leisure space, a 190-room hotel and a 172-room aparthotel. So why is Edinburgh so popular and what are the challenges for the City continuing to sustain such growth?

Edinburgh’s Popularity
Scotland’s capital is, without a doubt, one of the most beautiful cities in Europe. It makes an excellent choice to locate to both personally and professionally. Growing Business labelled it the fourth best place to do business in the UK and it has also been voted the second best place to live in the UK, with the world’s greatest arts festival about to start the city moves into another gear which only London in the UK can match. The City has a great transport network; its airport continues to expand its reach to various corners of the world and makes the city more easily accessible to the world’s businesses, its internal bus network is the envy of many a city and yes whilst the tram network was a financial nightmare it continues its development out which will at some point meet the requirements of the business population and open up office, retail and residential developments in Leith, Granton and the waterfront generally. With three Universities the city has a huge pool of potential employees to supply this growing office market. 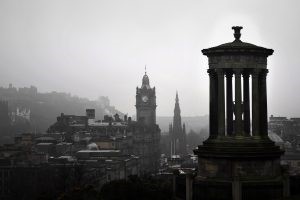 Challenges for the City in the short term and long-term
Property Consultants CBRE Scotland has however warned that as the Edinburgh office market continues to undergo a period of transformation in 2018 there is an evident lack of supply of quality space. By the end of March this year, availability stood at 1.07 million sq. ft., down by just over 4 per cent since the end of 2017. This also represented a decline of over 14 per cent over the previous twelve months. With continued low levels of supply, prime office rents have however continued to push higher. By the end of the first quarter, deals were in negotiation on new build space at £33.50 per sq. ft. This impending shortage and toppy rentals have led to potential office tenants having to make earlier decisions about where to locate within, and indeed whether or not to locate to, the City. A number of agents are now calling on Edinburgh Council to be more innovative to safeguard the city’s economic potential and warning that growing sectors, in particular, creative industries, will “fall out of love” with Edinburgh if steps are not taken to address workspace shortages. There is a call for The City of Edinburgh Council to be more innovative and to be “prepared to challenge long-standing conventions over things such as height and the protection of commercial space to safeguard the city’s economic potential”.

With the City Centre now reaching tipping point perhaps the Council will now look again at supporting parts of Edinburgh such as Leith, Newhaven, Western Granton Harbour and the surrounding areas which were “flavour of the month” years ago and which have thereafter, it appears, been sadly neglected? The introduction of the Business Growth Accelerator, in relation to non-domestic rates, has meant that from 1 April 2018 every new build non-residential property will not pay any rates until it is occupied for the first time and that after that, a new tenant will benefit from a year without rates. Edinburgh Council and the Scottish Government require to look at continually improving the commercial support and incentives to tenant companies who look to locate there for example by way of travel incentives for employees perhaps? In addition to the continued focus on a tram system perhaps the Council will also finally find some form of creative road network which permits access from North Edinburgh to the East and West bypass routes?

The content of this article is for information only. It does not constitute as advice. For advice on commercial property matters please contact Blackadders. 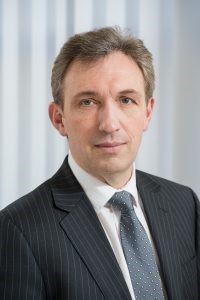