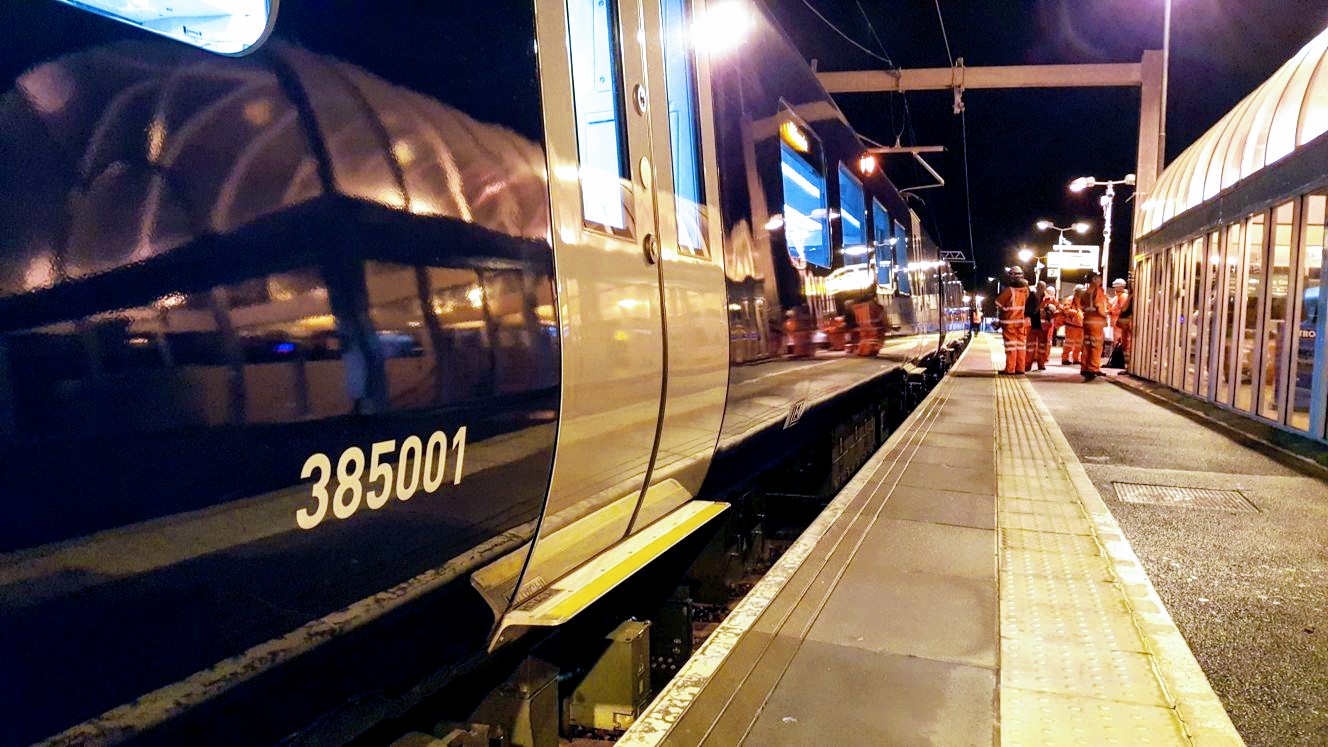 The electrification of the Edinburgh to Glasgow mainline took positive steps forward on Wednesday, as the ScotRail Alliance prepares for full testing of its new trains on the electrified route.

One of the new Class 385 electric trains – which has still to be fitted with interiors – successfully travelled between Edinburgh and Linlithgow at 02:00 hours on Wednesday 18 October.

This marks clear progress for the infrastructure as this is the first time that an electric train has travelled on any section of the route.

When the final safety checks on the infrastructure along the remainder of the route are complete, full testing of the new trains will begin.

“Yesterday’s trial was a hugely important step towards completing the electrification of the line between Edinburgh and Glasgow. Having a train run on the route is one of the final phases of the electrification process. That it has gone so well tells us that we are almost ready to begin the next stage – which is to start fully testing the new trains themselves.

“We are building the best railway that Scotland has ever had. When we replace the diesel trains with the brand new, state of the art, electric fleet we will deliver enormous benefits to our customers. Cleaner, greener travel – with more seats and faster journeys will completely transform travel between our two biggest cities.”

“It’s positive so see that progress is being made on Edinburgh to Glasgow electrification.

“We’re hopeful that we’ll be given permission to start full testing soon so we can guarantee the trains can run for passengers safely. We’ve now got trains at our factory in Newton Aycliffe ready to travel to Scotland as soon as they can run on new electric power line.”