• First eight cities named as build accelerates from 2018 to cover urban and rural communities
• Sets course to reach 10m homes and businesses by mid-2020s with the right conditions
• Plans to recruit and train 3,000 field engineers in 2018

Edinburgh will be one of the first cities to benefit from proposals announced today by Openreach for a major acceleration of its ultrafast fibre broadband network. 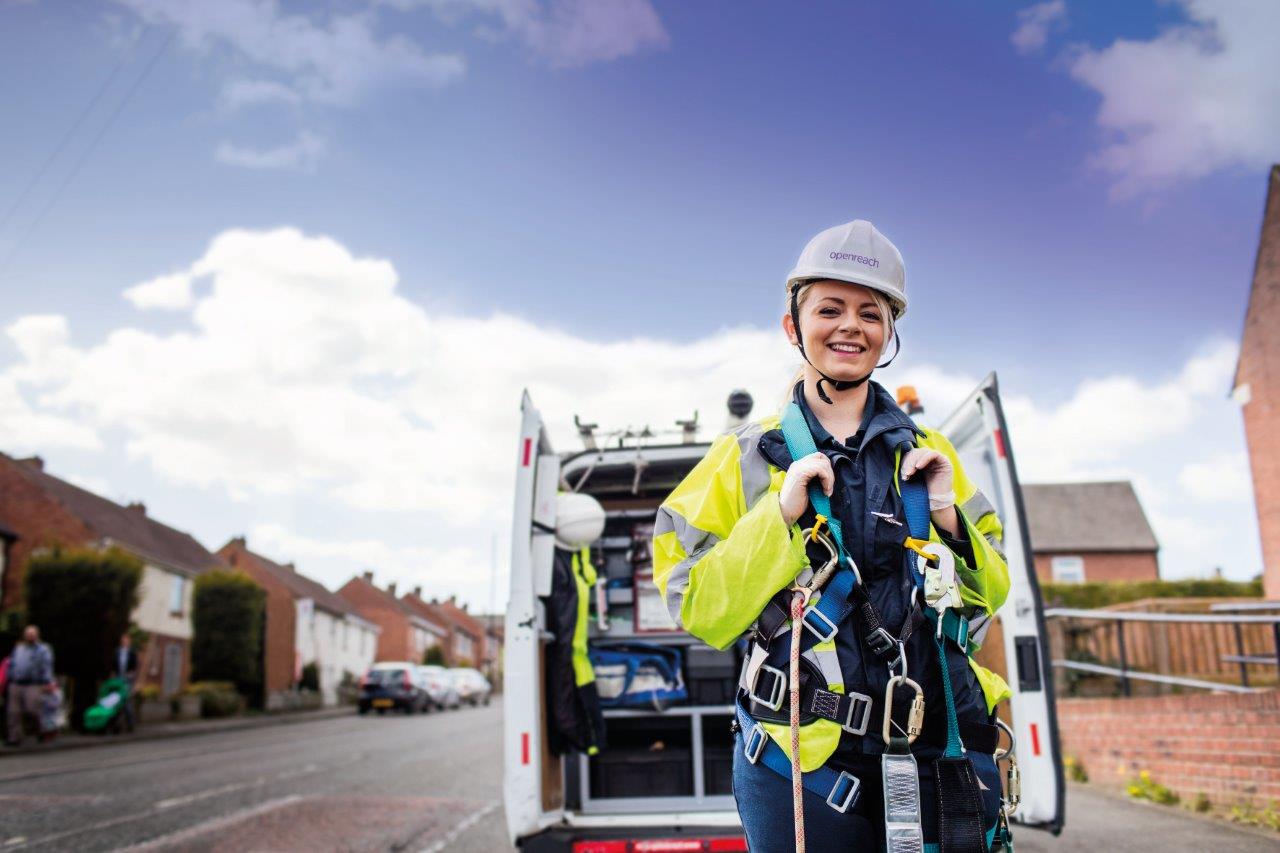 Openreach, Britain’s national broadband infrastructure provider, has announced proposals to extend by 50 per cent its target for rolling out Fibre to the Premises (FTTP) to reach 3 million premises across the UK by the end of 2020 through a new ‘Fibre First’ programme.

Eight major cities – Edinburgh, Bristol, Birmingham, Cardiff, Leeds, Liverpool, London and Manchester – make up the first phase of Openreach’s Fibre First programme which will connect up to 40 UK towns, cities and boroughs with FTTP networks , with build starting in 2018.

It is expected that tens of thousands of Edinburgh homes and businesses will benefit from this latest multi million pound expansion. Further details of the roll-out in the city are expected to be announced later in the year. According to independent website thinkbroadband, more than 98.5 per cent of Edinburgh households and businesses already have access to superfast broadband speeds of 24Mbps and above.

Openreach will continue to focus on delivering FTTP to rural areas, in partnership with the Government, to make sure some of the hardest to reach communities in the UK , get access to future-proofed, FTTP networks.

Clive Selley, chief executive of Openreach, said: “Through the Fibre First programme, Openreach is getting on with the job of building an Ultrafast Britain. We are accelerating our plans to build FTTP to three million premises by 2020 which sets the course to reach ten million by the mid-2020s with the right conditions. Where possible going forward, we will ‘fibre first’.
“Working closely with central and local government and our communication provider customers, we will identify the cities, towns and rural areas where we can build a future-proofed, FTTP network that’s capable of delivering gigabit speeds to all homes and businesses at an affordable cost.

“We’ll continue to invest in our people and we’re already in the process of re-training and upskilling to make Fibre First a reality. We plan to hire around 3,000 engineers in 2018/19 to kick-start Fibre First and further improve the reliability and performance of our existing networks.”

Reaching three million premises by 2020 sets Openreach on the right trajectory to achieve its ambition of building a ten million FTTP footprint by the mid-2020s and, if the conditions are right, to go significantly beyond, bringing the benefits of FTTP to the majority homes and businesses across the UK.

Welcoming the announcement, Councillor Gavin Barrie, Convener of the Housing and Economy Committee at The City of Edinburgh Council, said: “I’m delighted that Edinburgh has been selected as one of the first UK cities to benefit from Openreach’s ‘Fibre First’ programme.

“A world-class city deserves world-class digital infrastructure, and we believe full-fibre technology will be key to unlocking the long-term productivity of businesses in this region.
“Beyond the economic benefits, ultrafast broadband also has the potential to transform lives and support a better, fairer and more inclusive society. This technology will enable us to deliver more effective public services online, and support this region’s residents to access resources and services online that can improve their health, skills and general wellbeing.”

Andrew Hepburn, Openreach’s director of infrastructure delivery in Scotland, added: “This latest multi million pound investment in Edinburgh by Openreach will give a vital boost to the city’s households and businesses. For our vibrant business community, which is known for its innovation, it will mean more firms benefiting from the huge opportunities offered by this exciting technology to attract new customers, provide new services and work more efficiently.

“Local households, too, will find ultrafast broadband a major step forward when they go online for reasons ranging from training and research to shopping, staying in touch with friends and family and entertainment.”

The pace and extent of this large-scale investment will depend on the speed with which the conditions to enable an acceptable return on the investment are secured. Support is needed from communication providers (CPs), central and local government and the regulator to deliver key enablers, including: achieving low build and connection costs; achieving rapid take-up of and generating incremental revenue from the platform; and having a supportive regulatory and public policy framework. As with any infrastructure investment, if Openreach is unable to secure an acceptable return, it will need to review its ongoing capital commitments to the programme.

Gfast* remains a critical component of Openreach’s ultrafast strategy and an important platform that will be deployed at scale in the UK to millions of premises. Gfast allows Openreach to deliver ultrafast speeds over existing copper lines. It builds on existing Openreach networks, so it is quick to deploy with minimal disruption and at relatively low cost. Openreach remains committed to rolling out Gfast at speed. Openreach will employ a Fibre First ethos and will not build Gfast and FTTP to the same locations.

An initial consultation by Openreach, which was open to all CPs and concluded in autumn 2017, found there was broad support for Openreach to start building a large-scale FTTP network in the UK. The consultation also helped Openreach to identify a set of enablers needed to underpin a viable commercial business case. The enablers remain important for the first wave of FTTP investment to be successful, and critical for Openreach to sustain a high rate of build into the mid-2020s and reach its ambition of 10m premises.