Two Edinburgh College Professional Cookery and Hospitality students are set for a trip of a lifetime as they prepare to represent Europe at a global culinary competition.

HNC Hospitality students Shannon McNeil (18) and Sophie Taylor (21) have been selected by the Chefs Scotland in Scotland to compete as Team Scotland in the Nations Cup taking place at the world-renowned Secchia Institute for Culinary Education in the Grand Rapids, Michigan, next week (15-20 October). 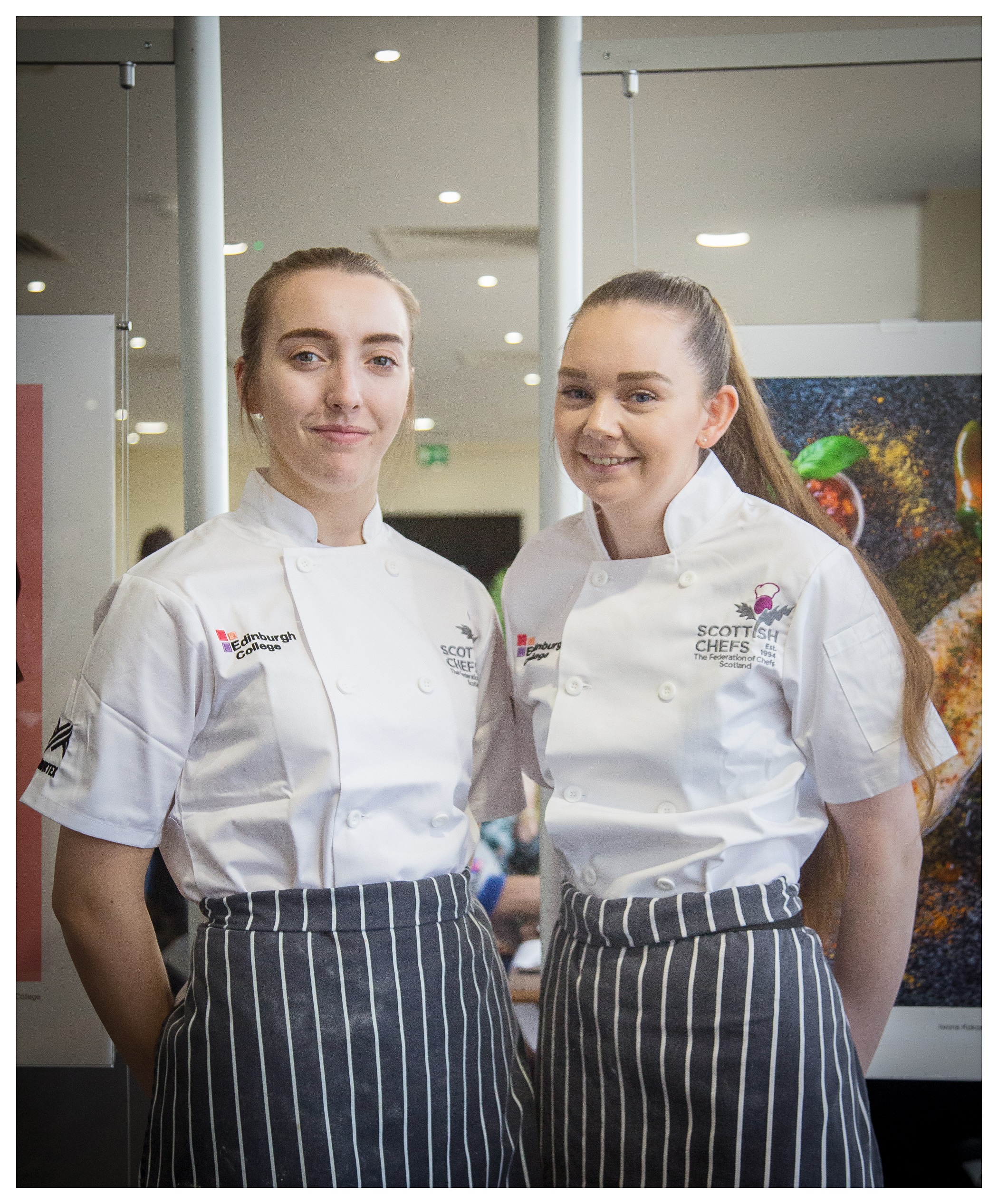 They will compete against student teams from Barbados, Canada, Mexico and USA in a series of challenges designed to test their technical skills, creative flair, and ability to work under pressure.

Each team will complete six mystery box challenges where the students will have one-and-a-half hours to conjure up a dish for four people from unknown ingredients in the following categories: appetiser, pasta, fish and shellfish, game, poultry, and dessert.

The students will then take part in a final challenge which will see them cook for 125 people with each team given a different element of a five-course dinner to prepare and cook. 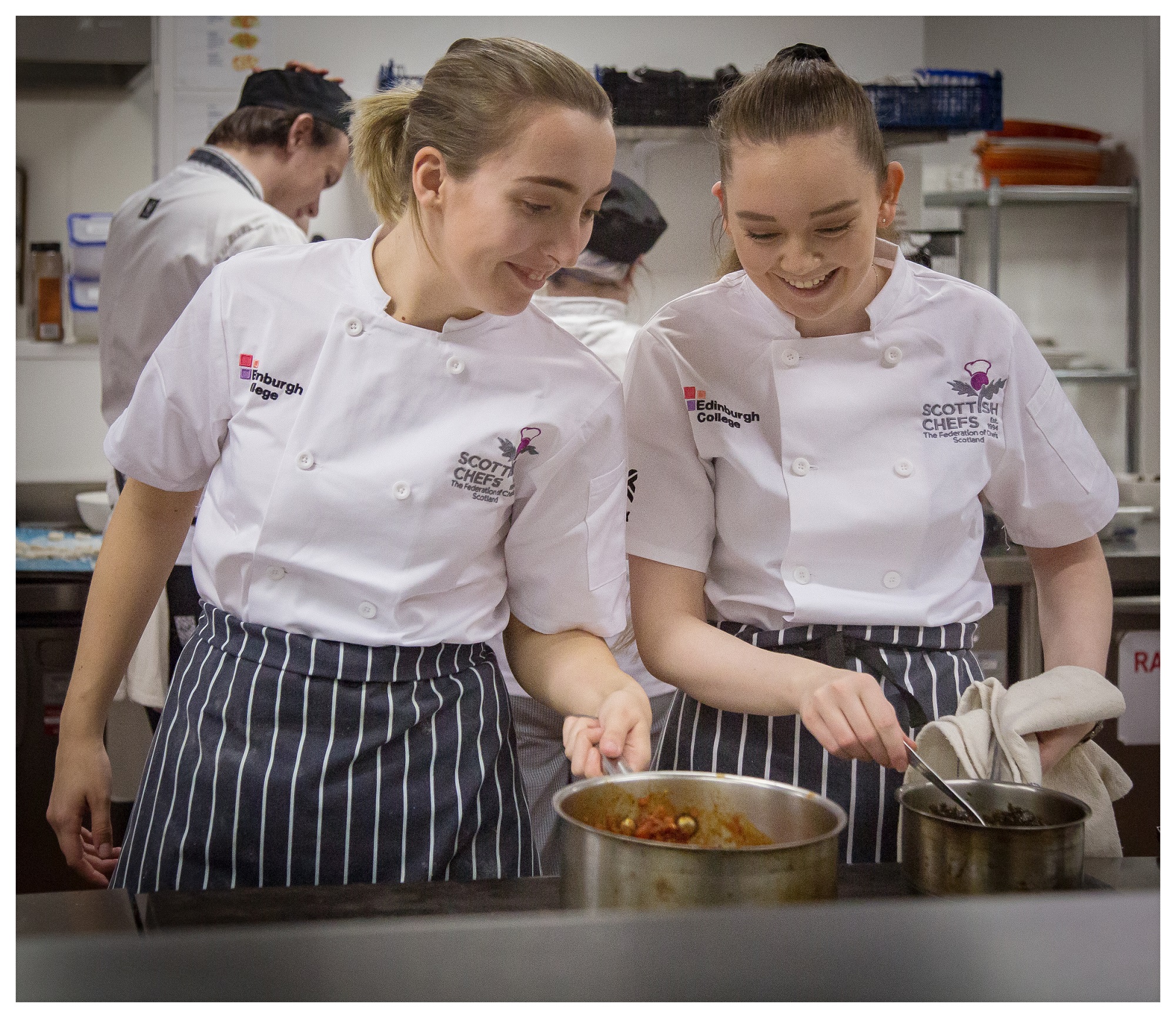 Shannon, who attended Gracemount High School before coming to College, said: “It’s an amazing but surreal feeling to being going to America to compete against students from all around the world. Ever since we found out we’ve been really excited.

“We’ve been preparing as much as we can hopefully we can do a good job and bring some medals back home with us.”

Former Firrhill High School pupil Sophie said: “I can’t wait to get across to Michigan and get started. It will be a brilliant opportunity to meet with students and chefs from across the world and it’ll be interesting to see how they work differently from us.

“Shannon and I have both competed individually and as a team before, so we feel confident that we can do well – it would be amazing to win some medals. Either way, we’ll make the most of the experience and give it our very best.”

Principal Audrey Cumberford said: “Congratulations to Shannon and Sophie on being selected to compete as Team Scotland at this prestigious competition – representing Europe on the world stage is a wonderful achievement. 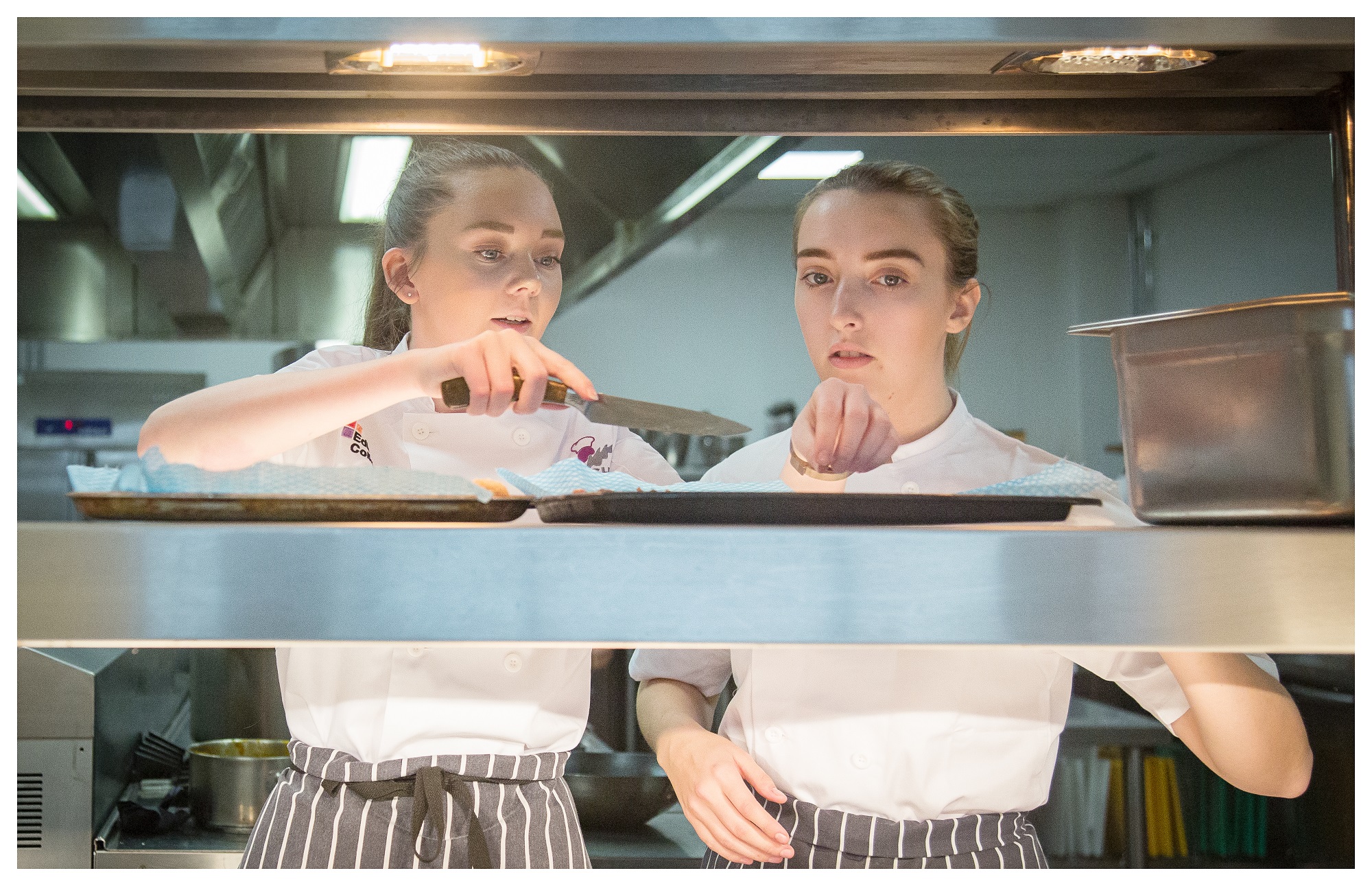 “Both Shannon and Sophie have tremendous talent and a very bright future. We are all very proud of what they have achieved throughout their journey at Edinburgh College culminating on a chance to compete with the very best in the world.

“Studying at Edinburgh College exposes our students to so much more than simply studying for a qualification. I have no doubt that having the chance to compete and network with students and industry professionals from around the world will benefit Shannon and Sophie immensely in their future careers.”