Edinburgh Dog and Cat Home has been rescuing, reuniting and rehoming dogs and cats across Edinburgh and the Lothians for 134 years. The organisation’s board of trustees recently recruited their first ever CEO, Howard Bridges. Howard brings with him a wealth of experience of leadership in the animal welfare sector and previously served as Interim CEO at Battersea Dogs and Cats Home, London. Howard has since recruited a new Senior Management Team to help him steer the strategic direction of the Home including; Lindsay Fyffe Jardine – Director of Operations/Deputy to the CEO; Nicola Gunn – Director of Fundraising and Communications and Rachel Kavish Wheatley – Office Manager. 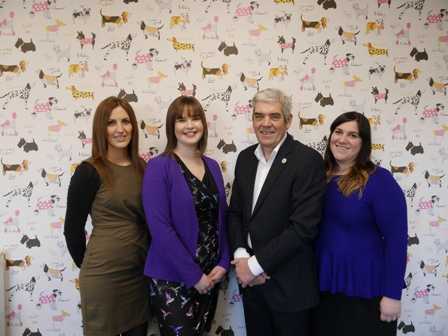