Football icon Paul Gascoigne is to appear on stage in Edinburgh to tell the story of his life in football. The former England and Rangers player will be making a guest appearance at the EICC, the latest event to be hosted by The Longest Forty Production Company. Members of the Edinburgh Chamber of Commerce are being offered a 25% discount for the night, so make sure you take advantage!

Gazza, as he is better known to the headline writers, is credited with sparking the regeneration of English football in the 1990s – his tears during the semi-final of England’s World Cup appearance at Italia’90 won him the heart of a nation and led to a renewed interest in the sport. England’s manager Sir Bobby Robson described his standout player as being “as daft as a brush” and this will be reflected in his Edinburgh appearance as Gascoigne enjoys telling the hilarious stories of the madcap moments and pranks which serve to add his status as a legend. 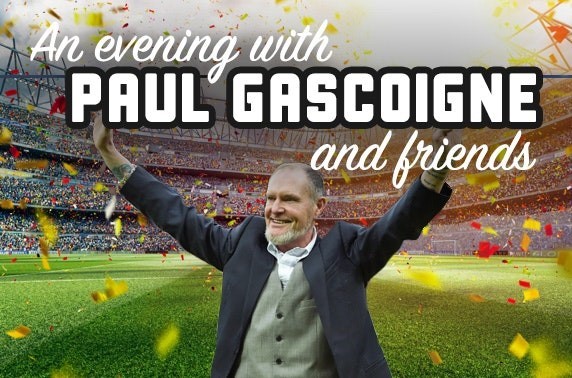 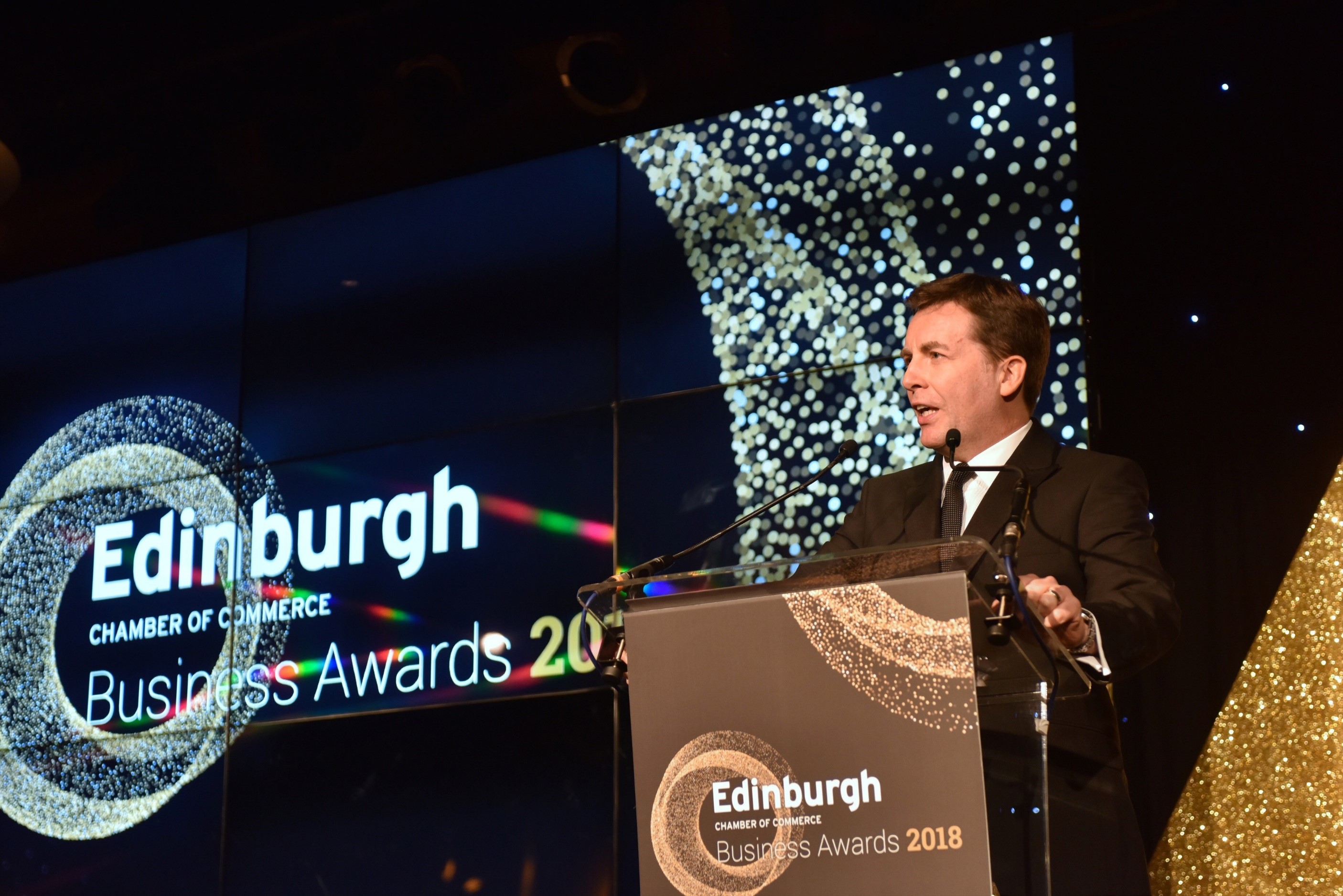 The face of Scottish football on Sky Sports for almost 20 years, David Tanner is already familiar to Chamber members after his presenting skills made our Scottish Business Awards such an enjoyable success last year. David is looking forward to the challenge of interviewing Gazza: “I’m really excited about being reunited Paul Gascoigne. I interviewed him many times when he was a Rangers player and he was always opinionated and very funny but also extremely unpredictable – and that’s what makes him box office! I recently hosted an event with ex-Manchester United and England captain Bryan Robson and he told a story from his time as manager of Middlesbrough when he signed Paul. The club had also invested in a new team bus and when his both star signing and the new team coach went missing at the same time, Robbo feared the worst! With good reason, as it turned out! You can hear the full story at the EICC; it’s as unbelievable as it is funny!”

The Longest Forty have kindly agreed to give their fellow Chamber members a discount on ticket sales for the Edinburgh International Conference Centre event which is being held on Saturday the 8th of September. Scot Gardiner said: “We’re delighted to offer a discount to our friends and colleagues in the ECC family. We’ve really enjoyed and benefitted from our association with The Chamber of Commerce and we’ve made some good friends through the network. We’d love to see some familiar faces on the night and we hope the added incentive of the 25% discount will encourage more of the membership to come along and mingle. The discount code also applies to the VIP meet-and-greet Gazza package which has proved very popular with businesses in Edinburgh, Fife and the Lothians for client and staff entertaining.”

To access the 25% discount, go to the EICC website via this link: www.eicc.co.uk/whats-on/an-audience-with-paul-gascoigne/ and when prompted type in the discount code Tanner.

An Evening with Paul Gascoigne and Friends is the latest undertaking in a busy first year of trading for The Longest Forty. The team have brought celebrity hairdresser Sophia Hilton to The Corn Exchange in the capital and to Glasgow – over 1000 stylists attended the events and were given lessons in the latest hair colouring techniques…and dancing! The team organised the Scottish Book launch of Sir Matt Busby – The Man Who Made a Football Club by famous Fleet Street correspondent, Paddy Barclay, held at The Hilton Grosvenor at Haymarket. La Reunion weekend was an ambitious and successful weekend of events commemorating the day Scotland opened the 1998 World Cup against then World Champions Brazil; La Reunion golf day was held at Dalmahoy Hotel and Country Club and featured a reunion of Scotland’s squad from France’98, including manager Craig Brown, Braveheart Colin Hendry, John Collins, Tom Boyd, Kevin Gallacher, Gordon Durie and many more.

The company predicts another year of growth as its reputation grows and Operations Director John Brown is excited about the future: “Obviously, Gazza is going to be a major undertaking for us because as well as the EICC evening, we are producing a gala dinner with Paul in Glasgow the following night. These are going to be amazing experiences for us and our customers. We are so lucky to have David in our team, for my money, he’s the best event presenter in the business because he knows just how to hold an occasion together and is comfortable in any genre.

“The Longest Forty are also creating some charity events for individuals and organisations; we have another famous hair dresser signed-up, to be announced soon and we’re also in discussion about a major music event over the festive period. These are busy but tremendously exciting times for us.”

An Evening with Paul Gascoigne & Friends from The Longest Forty Production Company is on Saturday 8th September 2018 at The Edinburgh International Conference Centre. The 25% discount is available to ECC members.