“What is a Guinea? Tis a splendid thing” is taken from a collection on odes and lyrics by Stephen Kemble, written in 1809. The story of this ‘splendid’ coin saw King Charles II seek to implement a new coinage based on a machine-struck method he had witnessed while in exile in France.

Celebrate the 200th anniversary of the end of the Guinea era, view these special coins and learn more about the full Guinea collection at Chamber of Commerce breakfast event at The East India Company flagship store on 16th December. 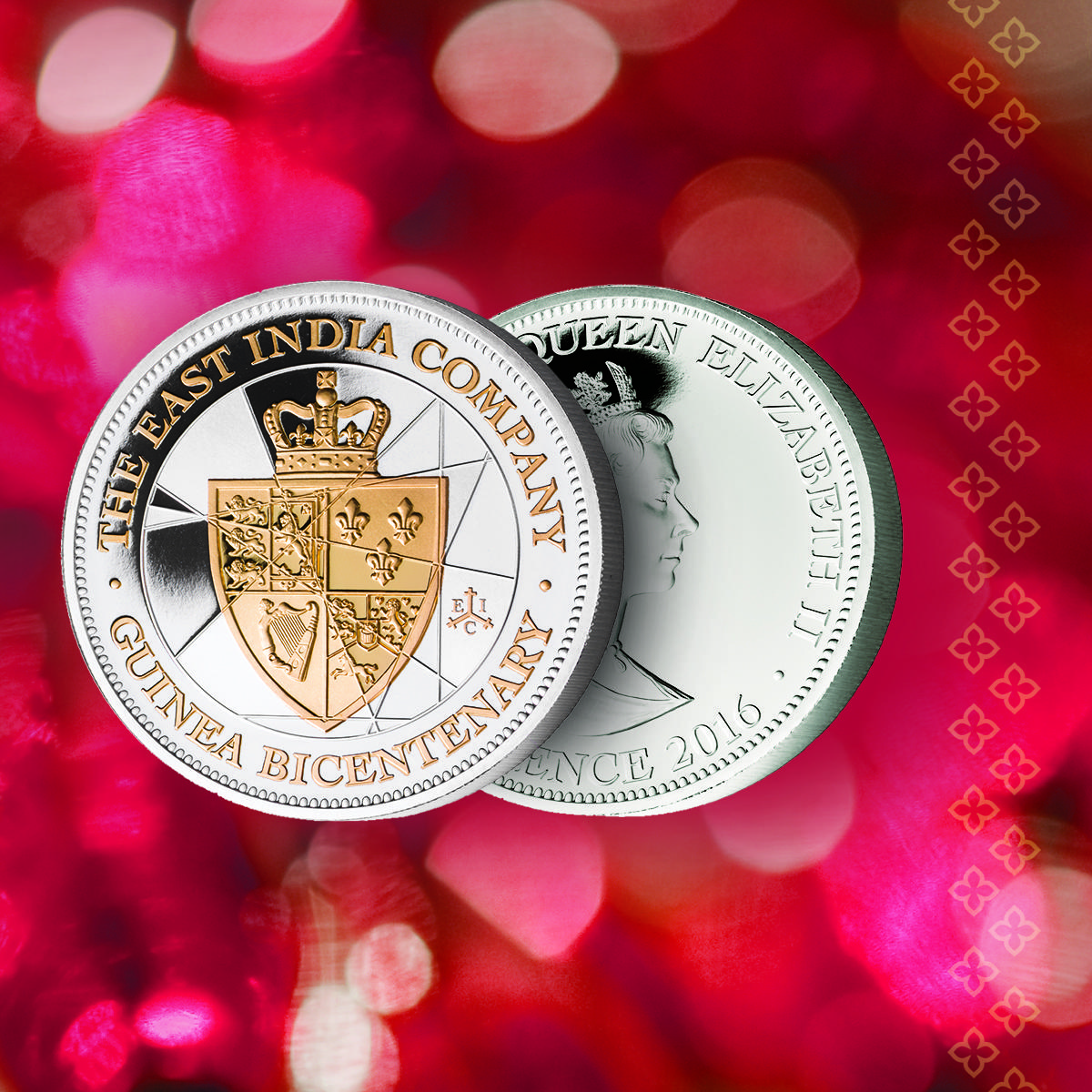 As a special commemorative, a 5oz and 1oz Silver Proof Coin has been issued by The East India Company featuring the most recognisable motif inspired by the Spade Guinea. Selectively plated with 24ct gold, these silver Guinea Bicentenary coins have been struck for the first time in proof quality in fine silver.

The coins feature the famous Spade design from the last circulating Guineas struck under King George III – a simplified shield with quarters containing the arms of England and Scotland, France, Hanover and Ireland.

Sectional frosting between a series of connection lines denote the extent of The East India Company’s global reach, adding a modern dimension to a design deeply rooted in British history.

Book your place to view and purchase these coins at our exclusive corporate price this Christmas: