Part of the old tram depot on Leith Walk has been brought back to life as modern office space and a creative hub.

‘Leith Walk Studios’ officially opened today, marking the completion of a regeneration project made possible through capital grant funding of £750,000 from the Scottish Government and a further £550,000 from the City of Edinburgh Council.

Last used for trams 60 years ago, the project has brought the ‘at risk’ listed former tram offices on Leith Walk back into long-term productive use. The 1930s art deco building has been comprehensively restored as a ‘partnership centre’ bringing together employees from the Council, NHS Lothian and Capital City Partnership to promote joint working and better services.

The community and arts development organisation Out of the Blue (OOTB) has also partnered with the Council to manage seven shipping containers which were recycled and refurbished by local social enterprise, Rebuild, to create affordable workspaces for local artists and entrepreneurs. Tenants of the units include musicians, painters, and designers who are using the spaces to create their own work and teach their skills to the local community.

The project has been delivered by the Council’s Development partner, Hub South East, with Morrison Construction as the lead contractor. 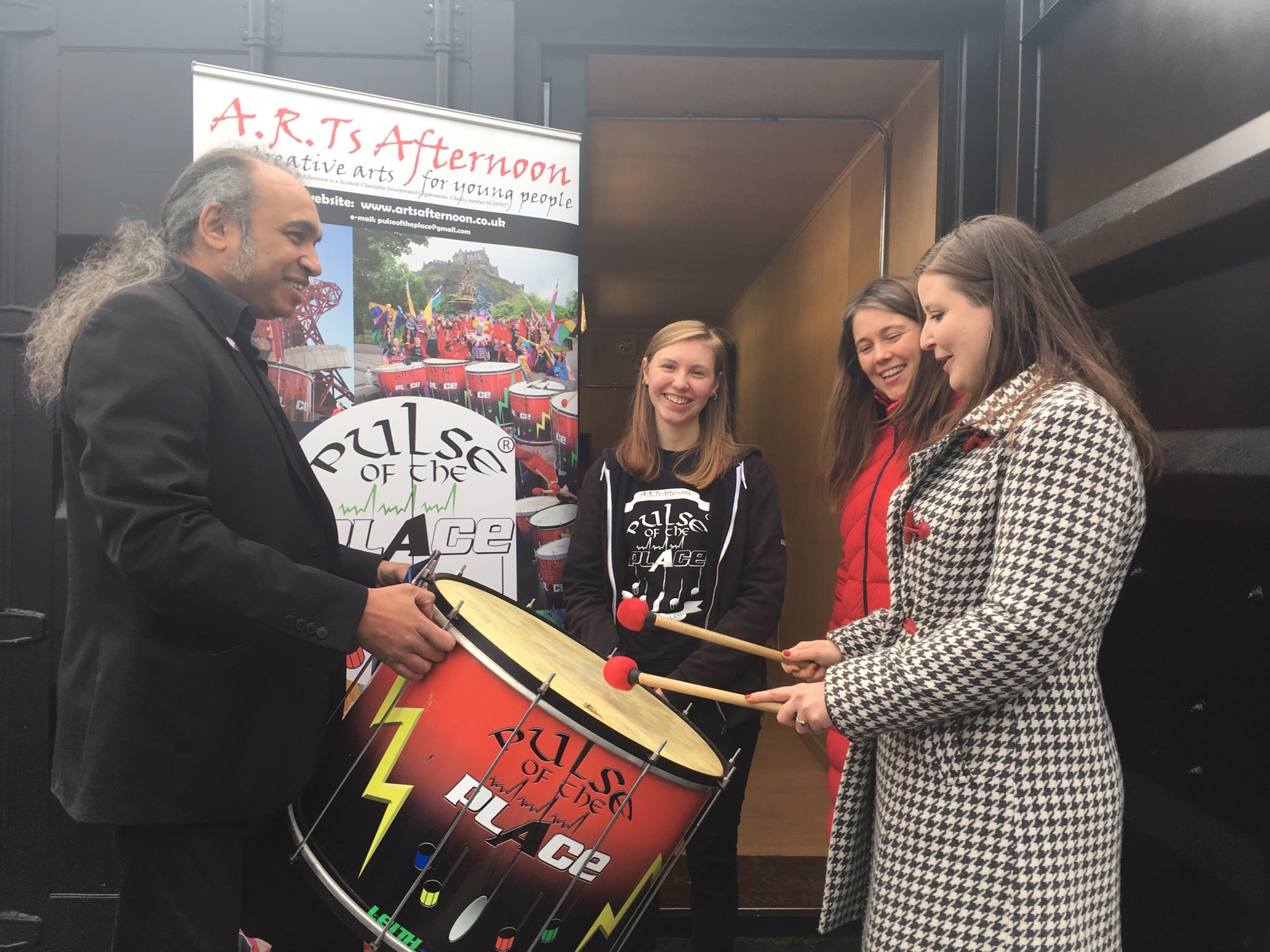 Cllr Kate Campbell, Housing and Economy Convener for the City of Edinburgh Council, said: “This project has been led by the local community. As a result we have an amazing hub which delivers space for the activities that local people want to see happening and want to be a part of.  With space for the arts, education, community growing, physical activity, social enterprise and small business it has something for everyone and I’m sure will be a much loved addition to the local area. It’s a brilliant project and we were delighted to work with Out of the Blue and our partners in the Scottish Government to bring this derelict space back into use and deliver for the local community.”

Communities Secretary Aileen Campbell said: “I was delighted to see first-hand the positive impact this project is having on the local community in Leith.  Leith Walk Studios will create employment and training opportunities as well as providing a base for local businesses and entrepreneurs. This is another good example of how the Scottish Government is working in partnership with local authorities to support community regeneration projects, in this case bringing a derelict building back into use.” 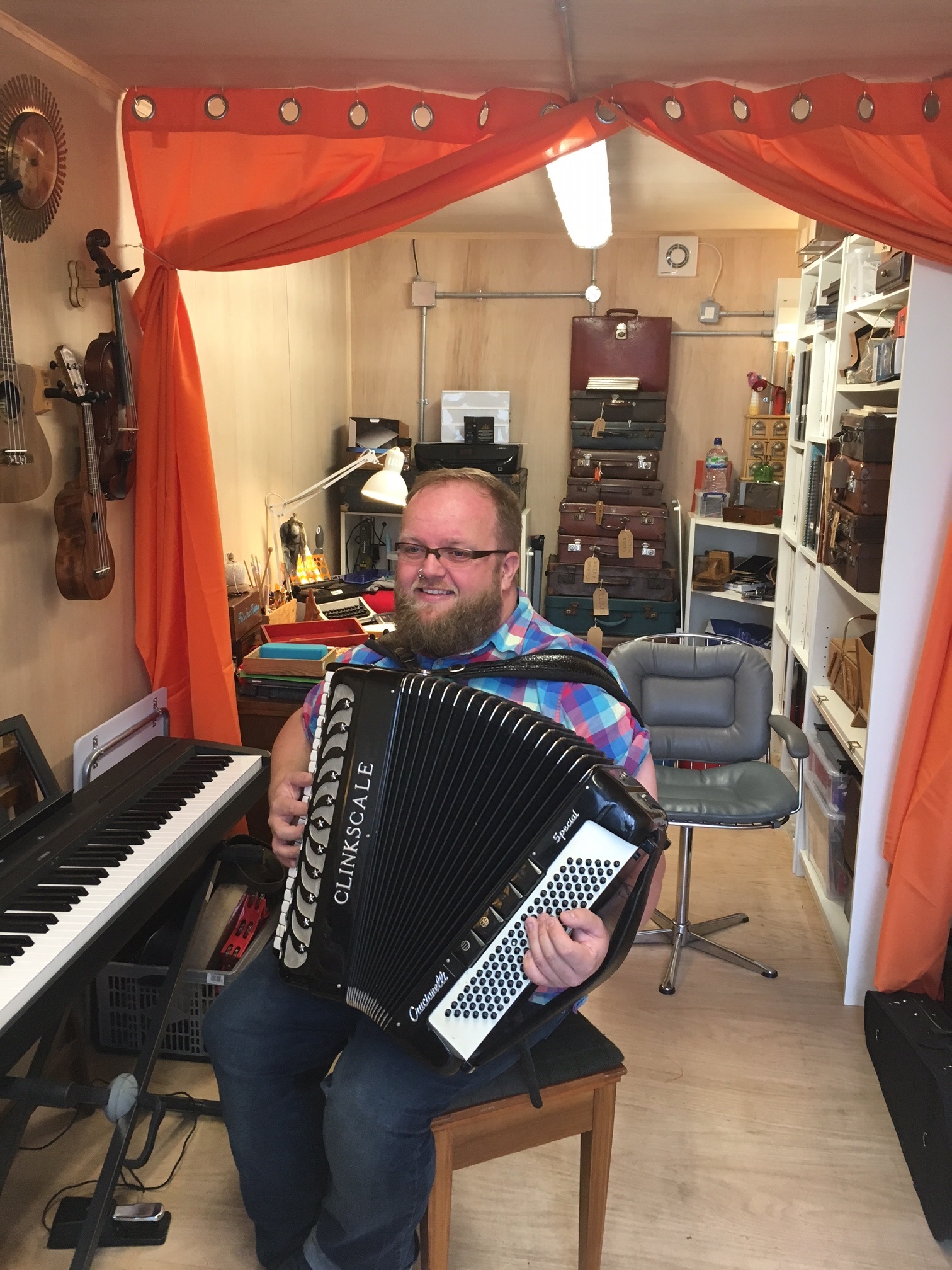 Marcus Weurman, Development Manager, Hub South East, said: “We’re incredibly proud to have been involved in this community regeneration project from the beginning, after proposing initial development ideas and assisting the Council with securing funding.

“Through its construction it’s made a real impact, providing trainees from social enterprise, Rebuild, with paid employment, skills and confidence. And we’re in no doubt the benefits will continue locally as the community space is further developed.

“With so many parties involved in Leith Meanwhile, it’s been a true demonstration of real partnership working and I’d like to congratulate everyone who played a part in turning this space into something that can be used meaningfully by the community.”

Farrah Nasseri using a working space to create her art collections and reinforce and increase her community ties within Leith where she will sell and display her work. Her aim is to create an interactive community space where she can run regular public events such as live painting sessions, private studio viewings, painting classes for adults and pop-up gallery events.

Karl Macrae teaches on a one to one basis. Music sessions will include violin, electric piano and developing a more inclusive environment for those with disabilities. 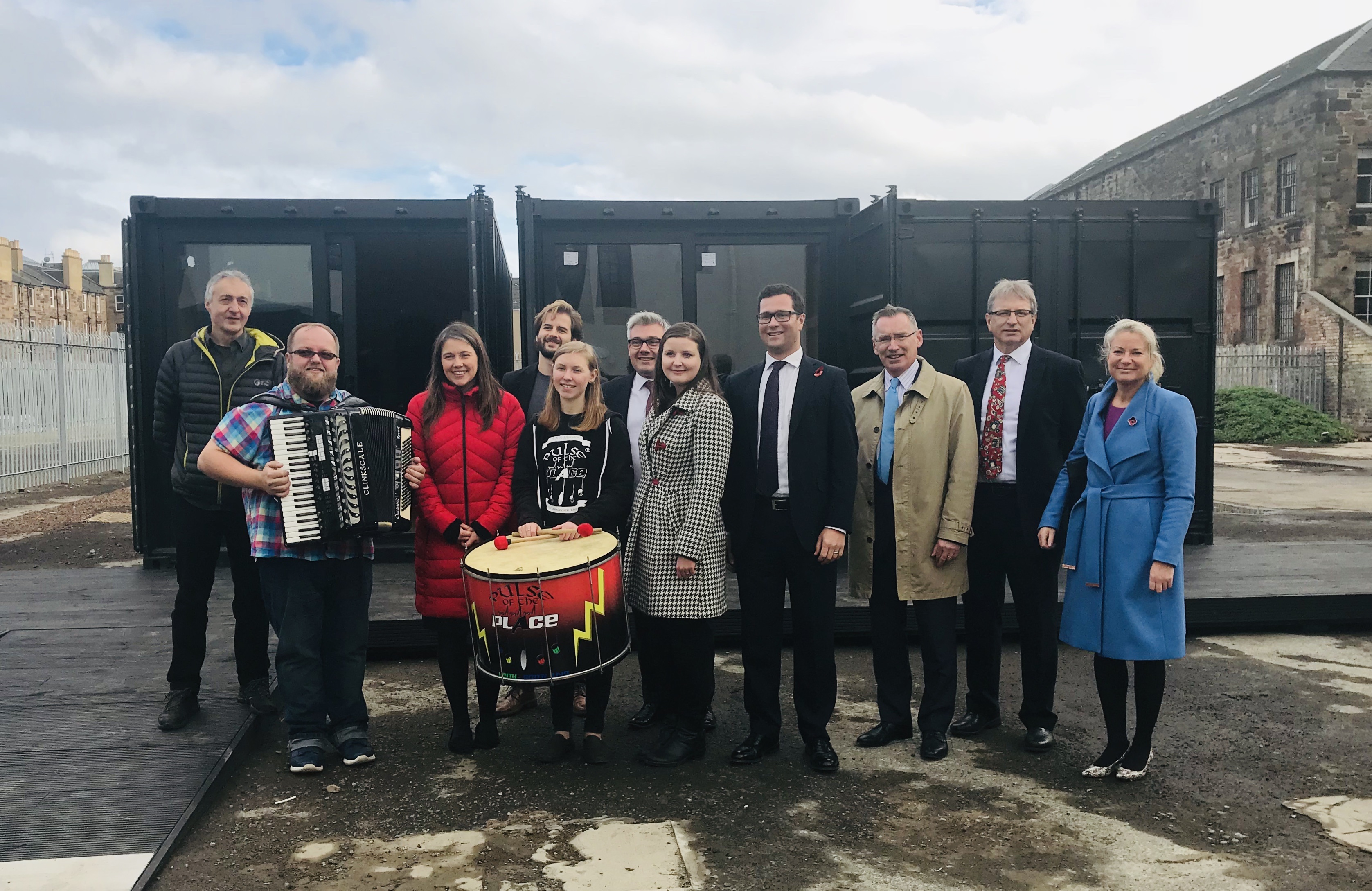 In 2015, the Council considered an option to create a “partnership centre” serving Leith that would co-locate public service providers to offer a more efficient service to the local community and provide a hub for service users in the Leith area.

The site offers a significant opportunity to regenerate this part of Leith Walk, with an ambitious scheme to deliver affordable housing alongside community services in the future.  Before that can happen, a large part of the site may be needed to provide a temporary contractor’s compound for future expansion of the tram line.

The Council has accordingly developed proposals for “meanwhile” uses of 165A Leith Walk and the depot that would animate the site until a comprehensive regeneration of the properties and the surrounding area could be brought forward by the Council.  In 2017 the Council received an award of £750,000 from the Scottish Government to deliver a small scale community services hub and business space.

165A is being occupied by employees of NHS Lothian, the Capital City Partnership, and the City of Edinburgh Council, with the intention being to foster greater joined-up working.  The shipping container village to the rear of 165A is being operated by Out of the Blue, which will let the space out to artists and micro-businesses.