Young people will be central to the development of plans to make Edinburgh carbon neutral by 2030, senior councillors have pledged. 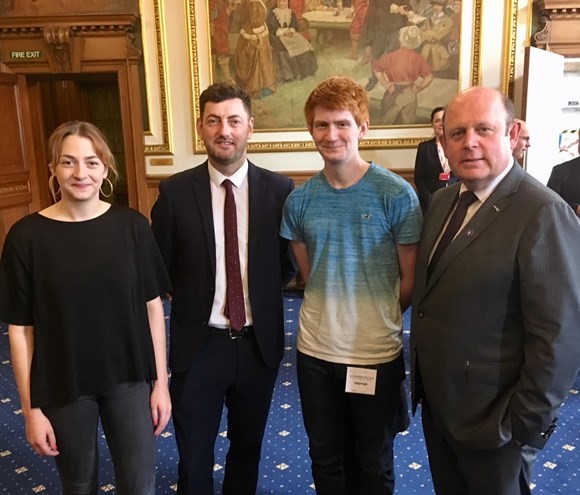 In a positive and productive discussion, they agreed that young people would be at the core of the city’s climate change strategy.

Cllr Day said: “It was really encouraging to meet Sandy today and we definitely see this as the start of a meaningful dialogue to ensure that young people and their ideas are absolutely at the heart of our plans for a carbon neutral city by 2030. He shared a number of very useful ideas on how we can best communicate with our younger citizens, such as organising meetings outwith school hours and avoiding rigid agendas in favour of inviting participants to set the themes and discussion topics themselves.”

Cllr Bird said: “We’re working with partners to pull together plans for a major climate conference in Edinburgh in early 2020 and at our meeting today we committed to engage fully with Sandy and his peers so that they’re integral to this event. We’re looking forward to many more opportunities to hear directly from and work closely with the young people of this city. Their voices are critical to any debate about the future of the planet.”

Cllr Day added: “I think we and all our partners, including Police Scotland, fully support the right of residents of all ages to make their voices heard peacefully. I’m looking forward to a positive, safe and good-natured event that will go down in our city’s history books for all the right reasons.”

Cllr Bird added: “Sandy and his group are to be congratulated for everything they’re doing to get this vital issue high up on the news agenda and I wish them all the best for a great turnout.”