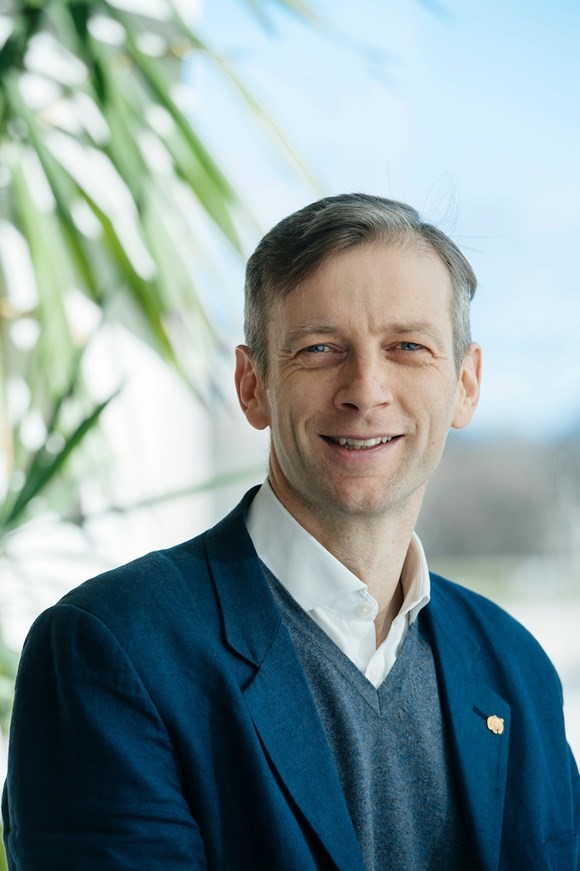 The independent Chair of the Edinburgh Climate Commission has been announced today [19 February] in conjunction with an update on the Capital’s progress towards its ambitious target of becoming Carbon Neutral by 2030, as cities all over the world grapple with the climate emergency.

A report to be considered by the Council’s Policy and Sustainability Committee on Tuesday 25 February confirms the appointment of Dr Sam Gardner to head up the Commission.

Co-sponsored by the Edinburgh Centre for Carbon Innovation (ECCI) and the Council, with funding support from the Place-based Climate Action Network (PCAN), the Commission will provide leadership, expertise, challenge and encouragement to the city as it works to deliver its carbon neutral ambition by 2030.

Dr Gardner, who is Head of Climate Change and Sustainability at Scottish Power and former Deputy Director for WWF Scotland, has begun to appoint fellow commissioners from key sectors in the city and areas of climate expertise.

Commissioners come from a variety of backgrounds and sectors including: energy, transport, housing, tourism, civil society and public bodies. Appointed members include:

The full list of commissioners will be announced in advance of the Commission’s first meeting at the end of March.

Adam McVey – Vice Chair of the Climate Commission and Leader of the City of Edinburgh Council said:

I’m delighted to welcome Dr Gardner into his new role as Chair of the independent Edinburgh Climate Commission. He brings a wealth of relevant experience and knowledge to the post and will be a real catalyst for change by leading the Commission’s work to help Edinburgh achieve our hugely ambitious net zero target.

Working together across all sectors to reduce the city’s carbon emissions and unlock a truly sustainable future is a massive opportunity for this city. I am looking forward to playing an active role in the Commission as we push for the change needed right across the city in delivering our 2030 ambitions.

Climate action is a key priority of this Administration and I am delighted that someone of this calibre will be leading the Commission as it moves forward. I welcome the fact that a core part of the Commission’s work will be ensuring a just transition for Edinburgh’s citizens based on the real experiences of people living in poverty. The positive climate action we take has the potential to increase income in homes, reduce costs and improve wellbeing and we must make sure we take advantage of this opportunity for all our citizens.

It’s a huge privilege to be asked to Chair the Edinburgh Climate Commission, to work with the expertise and experience of my fellow Commissioners and to play a part in ensuring Edinburgh accelerates its response to the climate crisis.  The Commission will focus its work on helping to unlock the delivery of the measures we know we must take, not only to tackle climate change but to help build a better future for all of Edinburgh.  The scale of the transformation Edinburgh faces is significant but the rewards are even greater; to be successful we will all have a part to play and those with the greatest responsibility must show the greatest leadership.  We have entered the climate decade of delivery and this will be the touchstone the Commission will hold itself to.

Jamie Brogan, Head of Innovation and Skills at the ECCI, said:

We’re delighted to partner with the City of Edinburgh on accelerating our city’s journey to net zero and delivering this by 2030. Our PCAN project drives city ambition by sharing expertise and knowledge across UK cities, and by engaging all city stakeholders in place-based climate action. Climate change is a collective challenge, and it needs everyone in our city to contribute.

The City Sustainability Strategy will be published by the Council at the end of 2020.

With the support of ECCI and Climate KIC, nine priority missions have been identified so far:

Activity, programmes and events already under way or in the planning stage include:

Chief Executive, Andrew Kerr, has invited other Chief Executives from key partners and organisations across the Capital to a round-table on climate action.

The Council is working with partners, including Transition Edinburgh, to host a workshop of civil society and community action groups to consider the key challenges and how best to engage with and support community action moving forward.

Work on a Short Window Improvement Plan for Council-driven actions is progressing well and the city’s carbon target has been embedded in key strategic documents from the Draft City Mobility Plan, Choices for City Plan 2030 and the Strategic Housing Investment Plan to Edinburgh Design Guidance and the City Tourism Strategy.

The Edinburgh Talks Climate consultation with residents on their views of and attitudes to the climate emergency has seen nearly 1,600 people respond since November, online and at public drop-in events.

The second phase of public engagement will get under way shortly with the launch of a new Dialogue website, which will be developed as a place where residents can share ideas and join an ongoing conversation/debate/exchange about what they can do about the climate emergency.

A youth summit will be held at Dynamic Earth at the end of this month, co-produced and co-led by young Edinburgh residents. More than 400 school pupils from all over the city have applied to take part, exceeding capacity, and a second event for younger school-aged children is being planned later in the spring.

Plans are progressing for an Edinburgh conference ‘Cities Delivering Climate Action’ later in the year.