Edinburgh, United Kingdom, 8th October 2019:- CGI (TSX: GIB.A) (NYSE: GIB), has appointed Lindsay McGranaghan as its new Business Unit Leader in Scotland. At 36 years of age she is one of the youngest people to hold such a senior position in the company’s history. 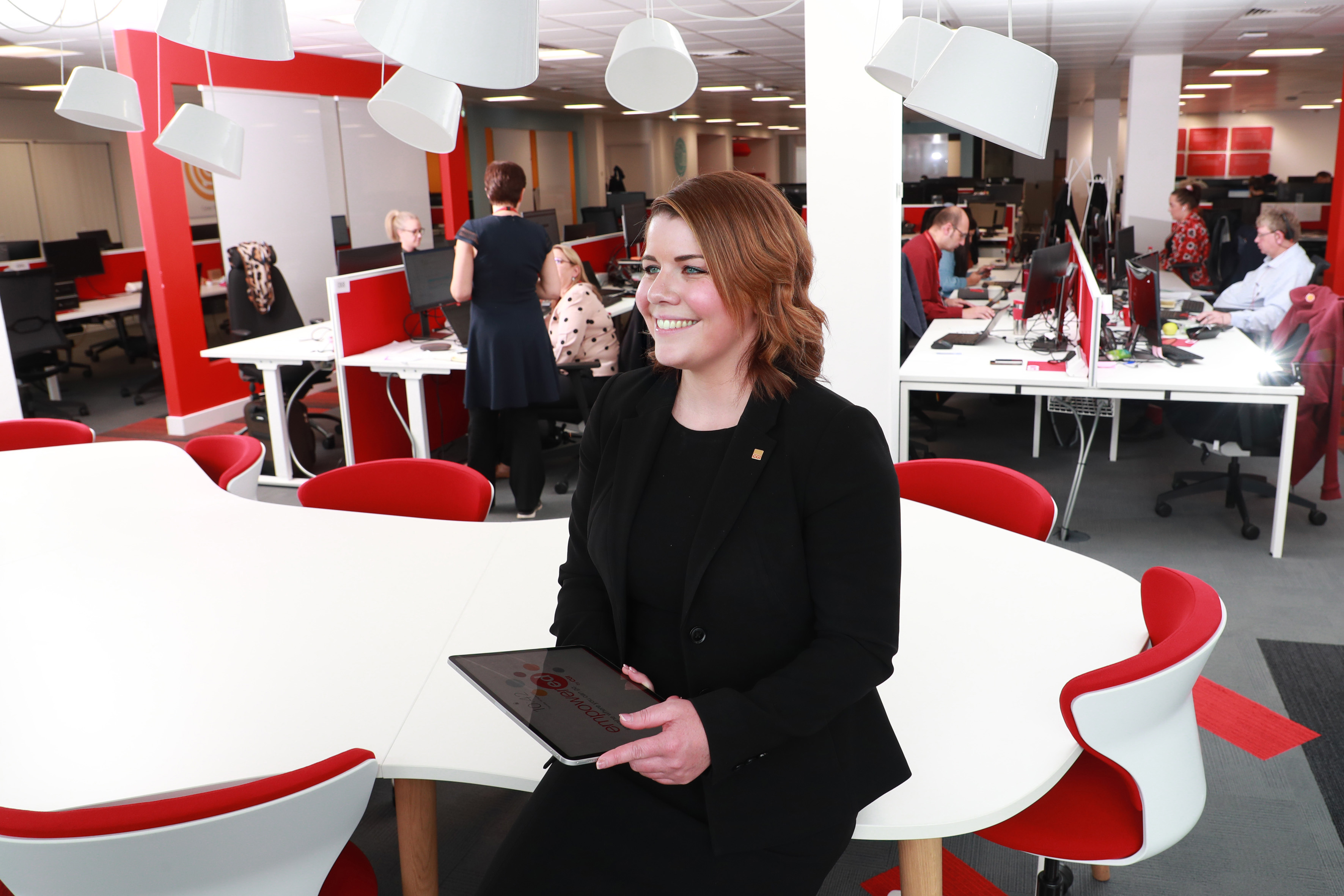 Lindsay McGranaghan takes the helm of CGI’s Scotland Business Unit, which comprises four offices in Glasgow, Edinburgh, the Scottish Borders and Aberdeen. The company employs just over 500 people across the country.

Her appointment comes as CGI prepares to move its Glasgow staff into a new city centre office which will become its official Scottish headquarters, eventually housing over 400 members. The move will happen in the spring of 2020.

Meanwhile, CGI has also shown its commitment to Edinburgh by switching its base in the city to George Street. The company will mark the office’s official opening on October 28.

Lindsay, who lives in Glasgow, studied English Literature at the University of Glasgow and began her working life as a roadshow presenter with Scottish Executive and the Royal Bank of Scotland, promoting further and higher education for 13 to 15-year-olds. It gave her first-hand experience of encouraging young people, especially young women, into careers in sectors such as tech and IT. 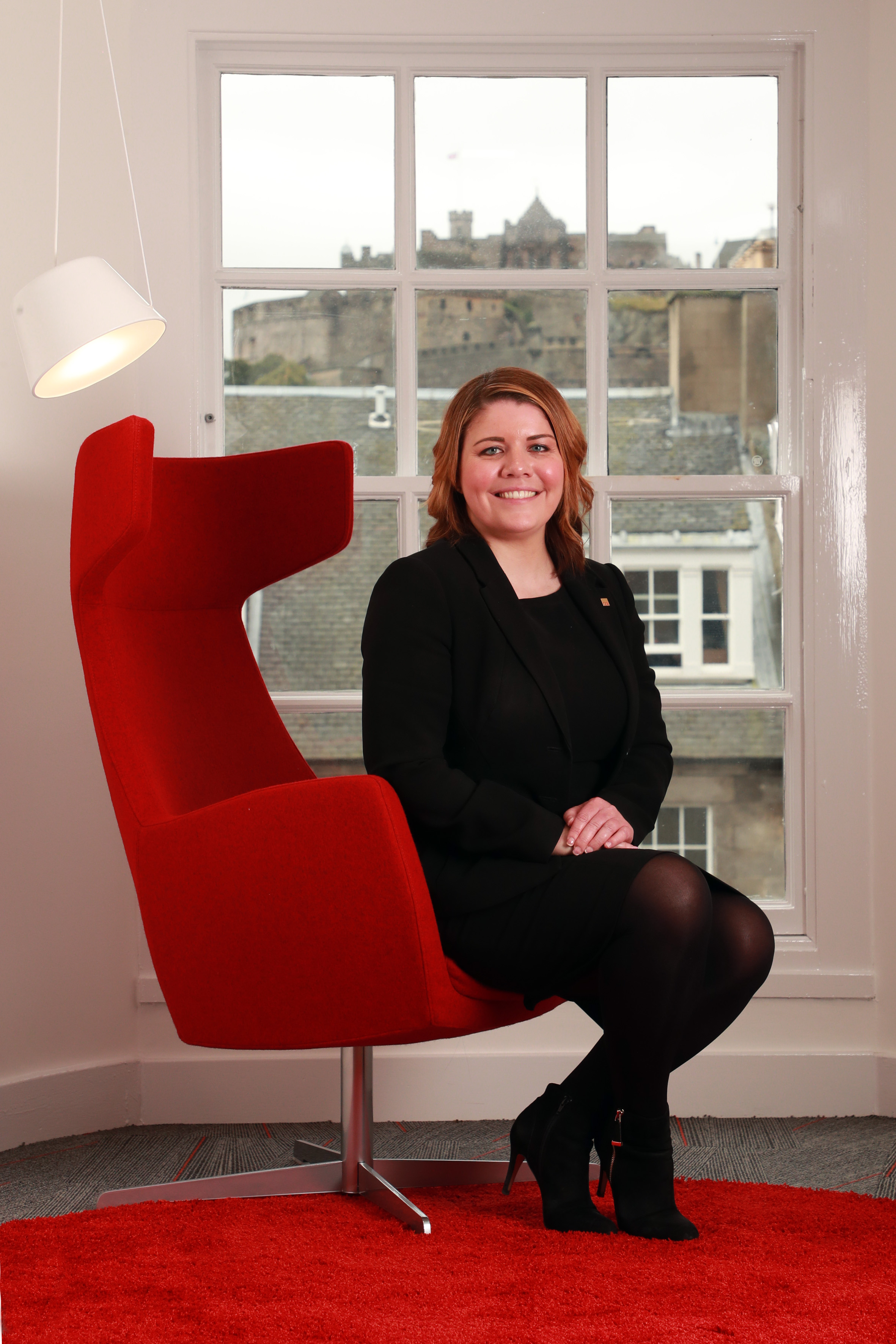 In 2012, Lindsay was recruited by CGI to become an Account Director in its Central Government unit, where she worked for nearly three years before heading back to Scotland in June 2015 to work as Account Director in Scotland Public Sector.In June 2013, she was appointed Vice President Consulting Services for CGI Scotland West. Under her leadership, CGI was selected by Glasgow City Council to provide transformational IT services to enable the introduction of integrated digital services for the city in a contract valued at £330m. Included in the contract is the biggest digital education project in Europe, with some 52,000 iPads given to pupils and teachers across the city’s schools, along with more reliable internet access and wireless technology in every classroom.

Lindsay said: “I am thrilled to have been appointed Business Unit Leader for Scotland. CGI’s Scottish operations are now a key part of its global business, with a proven track record which I want to build on in the coming year.

“We are expanding our presence in Glasgow, with the opening of a new HQ in the city in the spring. It means we will employ just over 500 people across all four sites. We also embrace the metro model of working – that is, building a resource of Scottish-based people working in Scotland, for Scotland – where our members are living in the same communities as our clients, providing a greater understanding of the local social and economic climates which help support regional growth in Scotland.

“We want to continue to focus on creating the digital skill sets for a 21st century workforce and being a driving force for STEM education, as well as leading the way in training and employing women in tech. We want the young people of today to work for us tomorrow.

“We are also committed to working in partnership with other big businesses to get the long-term unemployed into tech, and become a champion of helping communities in Scotland embrace digitalisation. CGI is ready to back digital learning in all Scotland’s schools, giving pupils the digital skills set to succeed in life.”

Tara McGeehan, President of CGI’s UK Operations, said: “CGI believes Lindsay, as new Business Unit Leader for Scotland, has the track record for building and enhancing our workforce and capabilities in Scotland. She is a highly successful and respected colleague who really knows the business and is committed to CGI’s growth strategy in Scotland.

“It is also important to mention that a large number of Lindsay’s senior cabinet in the Scottish Business Unit are women – highlighting CGI’s determination to broaden the diversity of its leadership teams.”