A law firm’s annual charity campaign has reached a record milestone as Thorntons raises £75,000 for Cash for Kids through its Charity Wills initiative – a £13,000 increase on the previous year.

Now in its 23rd year, Thorntons’ Charity Wills month takes place across its offices in Fife, Dundee, Perth, Angus and 2019 marked the first year for Edinburgh’s involvement. To date the campaign has raised more than £450,000 for Cash for Kids.

The initiative ran throughout the month of September and for any Wills written during this time, the firm did not charge a fee – instead clients were asked to make an equivalent donation to Cash for Kids. 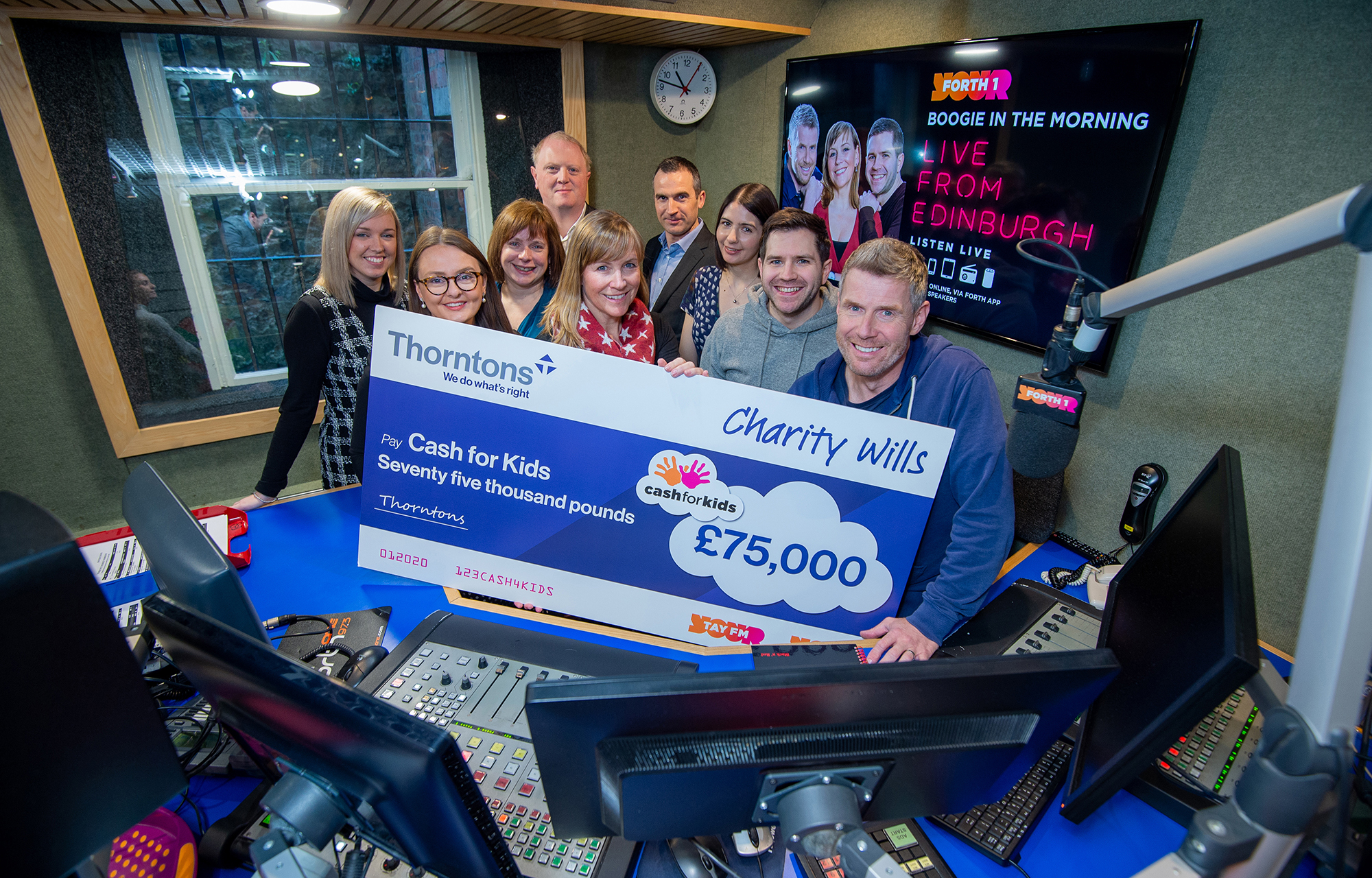 Morna Coutts, Partner at Thorntons in Edinburgh, said: “Creating and updating a Will should be a consideration for adults in Scotland especially if you own valuable assets such as property or have young children. We’ve been delighted with the generosity of clients who took this opportunity to put their affairs in order and support local causes at the same time.

“Thorntons Charity Wills is a fantastic initiative which has grown in momentum every year, at the Edinburgh office, we were delighted to be involved for the first time. The recent campaign marks a milestone fundraising total for the firm. The beneficiaries linked with Cash for Kids allow us to support groups and individuals within the communities in which our offices are situated.”

The money raised through Thorntons’ Charity Wills Campaign supported several local causes in Edinburgh including the purchase of specialist equipment for children with autism and a hydrotherapy pool for children with cerebral palsy.

Victoria Hendry, Radio Forth’s Cash for Kids Charity Manager, said: “The success of the Charity Wills campaign has been incredible. The impact that the results have from this campaign to children’s lives across Edinburgh, the Lothians, Fife & Falkirk is just amazing. Both of the teams at the Kirkcaldy and Edinburgh offices commitment to the campaign is wonderful and we couldn’t do it without each and every one of the staff members there. The boost from the Edinburgh office involvement this year has raised a phenomenal amount of money that we are now able to grant out to those who need it most, living in our local communities.

“The support of Thorntons clients is overwhelming. The team at Radio Forth’s Cash for Kids would like to extend their thanks to the clients and staff of Thorntons for supporting the charity and making such a difference to children living right on our doorstep.”