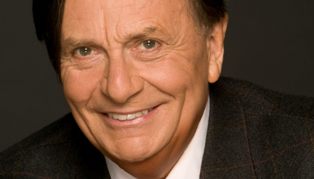 Capital Document Solutions are sponsoring Barry Humphries in his debut performance on Monday 8th and Tuesday 9thAugust at this year’s Edinburgh International Festival. The two performances of Humphries’ Weimar Cabaret are taking place at the Usher Hall on Lothian Road, beginning at 7.30pm.

Australia’s cultural export, Barry Humphries, curates, presents and performs an evening of ‘degenerate’ music from Germany’s Weimar Republic, joined by cabaret sensation Meow Meow and, under the direction of Richard Tognetti, the Australian Chamber Orchestra. 82 year old Humphries, seen here speaking about the Weimar Cabaret, has had a lifelong passion for subversive Berlin cabaret, and he plays master of ceremonies, littering the songs with irreverent asides, double entendres and witty anecdotes. Come along for what will be an entertaining evening of jazz, cabaret, tango and Broadway style numbers featuring Kurt Weill’s ‘Pirate Jenny’ and ‘Surabaya Johnny’ that will transport you to partying and turmoil of Berlin in the 1920’s and 1930’s.

Tom Flockhart, Founder and Managing Director of Capital Document Solutions, said: “We are delighted to continue with our long-standing relationship with the Edinburgh International Festival and are proud to be sponsoring the Barry Humphries’ Weimar Caberet performance this year” A 2013 review of the show from The Australian “The era of Weimar cabaret and German musical experimentation ended abruptly when Hitler took power in 1933. In this concert, Humphries, Meow Meow and the ACO brought it triumphantly back to life.” Set up as a world class cultural event to bring together audiences and artists from around the world, the Edinburgh International Festival has always been a leading international cultural organisation which generates a wide range of benefits for Edinburgh and Scotland.