The first Business Fives summer season event in Edinburgh kicked off with 15 teams gathering in the Capital.

With 5 places at the national final up for grabs, the big winners on the day were the chosen charities and the competition was fierce off the pitch in the race to lift the top fundraiser award.

The top 3 positions at the start of the day were Dacoll who raised £240 for MacMillan, Warmworks who raised £425 for the Trussell Trust and Rockstar North who had mustered £450 for Cat Concern. They were all usurped however by the fundraising efforts of Zonal Retail Data Systems who once again were fundraising for Hope for Children and this time raised a season-high of £845.

On the pitch, 185 goals were scored in 38 matches and for the first time at an event, the top-scoring was shared between Peter Mair from Johnston Carmichael and Jack McGurk from Zonal both helping their teams to qualification with 12 goals. 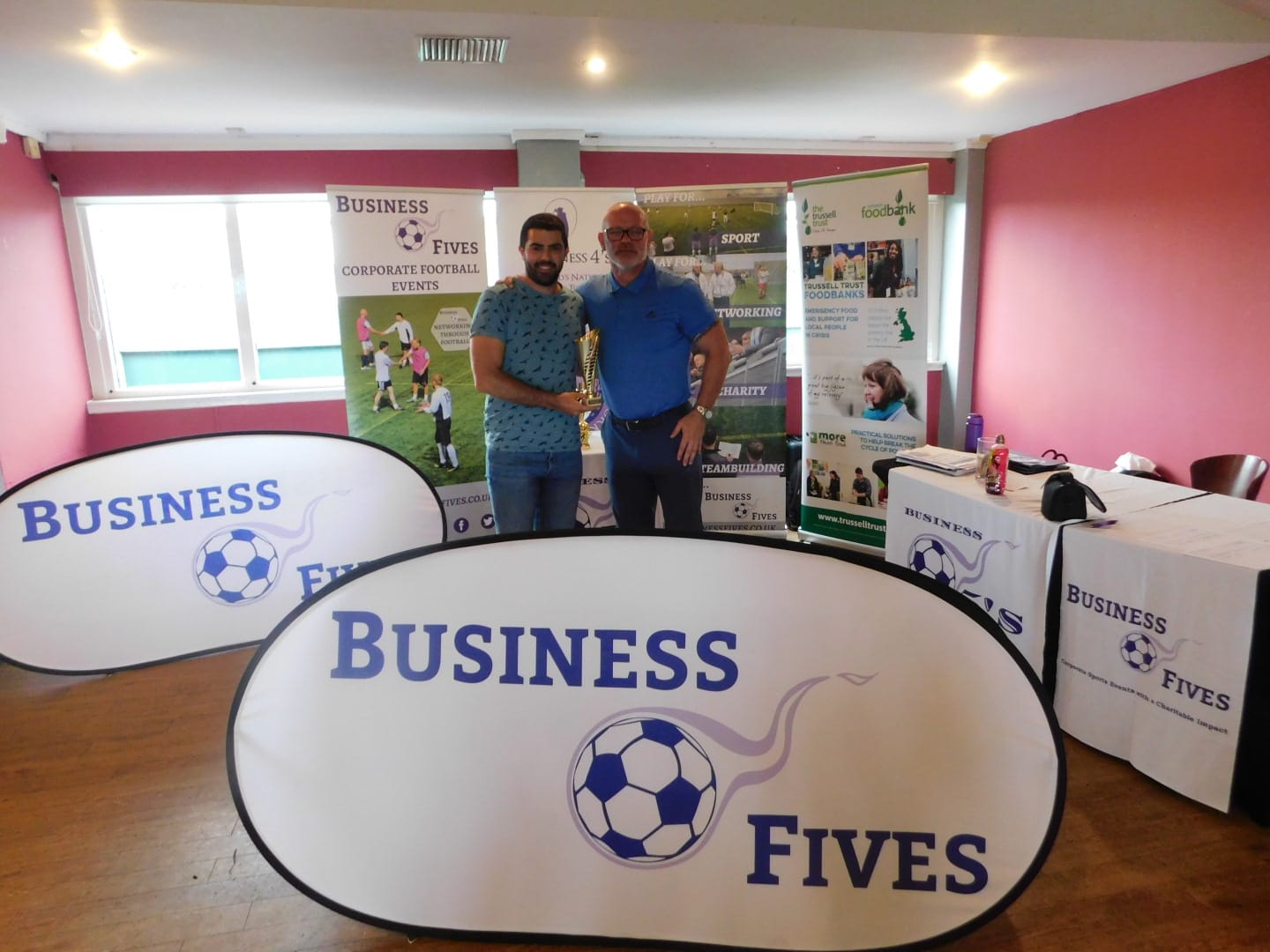 In the other individual awards, Kendall Allen won the Player of the Tournament award and Reiss Callaghan was singled out for his standout performance in the final by ambassador Yogi Hughes.

It was the accountancy firm Johnston Carmichael who went one better than their previous outing to win the final and become out the Edinburgh Summer 2019 champions as they overcame a host of strong competition along the way eventually beating Thomson Gray who came into the event champions as reigning champions. The final was a close encounter between the 2 sides, but Johnston Carmichael came out 4-2 winners with Finlay Divine and Reiss Callaghan getting amongst the goals. 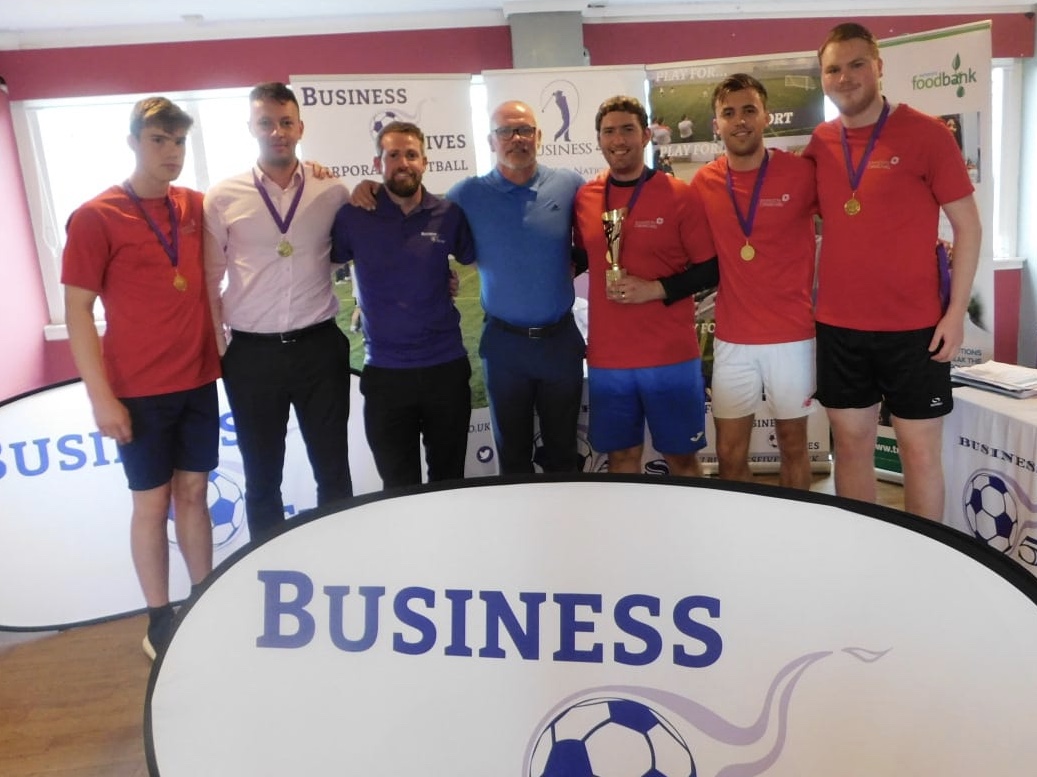 Though Thomson Gray will be disappointed not to have got their hands on the trophy again, they will have the chance of becoming our national champions on September 27th after their appearance in the final secured their spot at the sought-after event. Also joining them there are the losing semi-finalists AutoRek and top fundraisers, Zonal, looking to avenge their semi-final heartbreak.

The final qualification spot was secured by Rockstar North playing for Cat Concern after they defeated another AutoRek team in the final 4-1 after a highly competitive match to become Europa League Champions and book their passage to the finals on September 27th.

The action continues tomorrow as Business Fives head down to Tees Valley for another instalment of their England events, with a sell-out Leeds event on August 13th, before returning to Scotland for our Tayside Event next week. The full list of events can be found online here