A 35-year-old engineer from Bathgate has completed the last of eight gruelling physical challenges to raise money to mark the 10-year anniversary of a life-changing health diagnosis.

Chris Bruce, an assembly engineer with Vert Rotors, completed the six-mile Tiger Escapade at Lochmore Meadows in Fife on Sunday (OCTOBER 6), overcoming more than 25 racecourse obstacles despite having a broken wrist. Although injured, he decided to push ahead because the event marked the finale of eight months of fundraising for two charities that came to his aid when he was diagnosed with ulcerative colitis a decade ago. 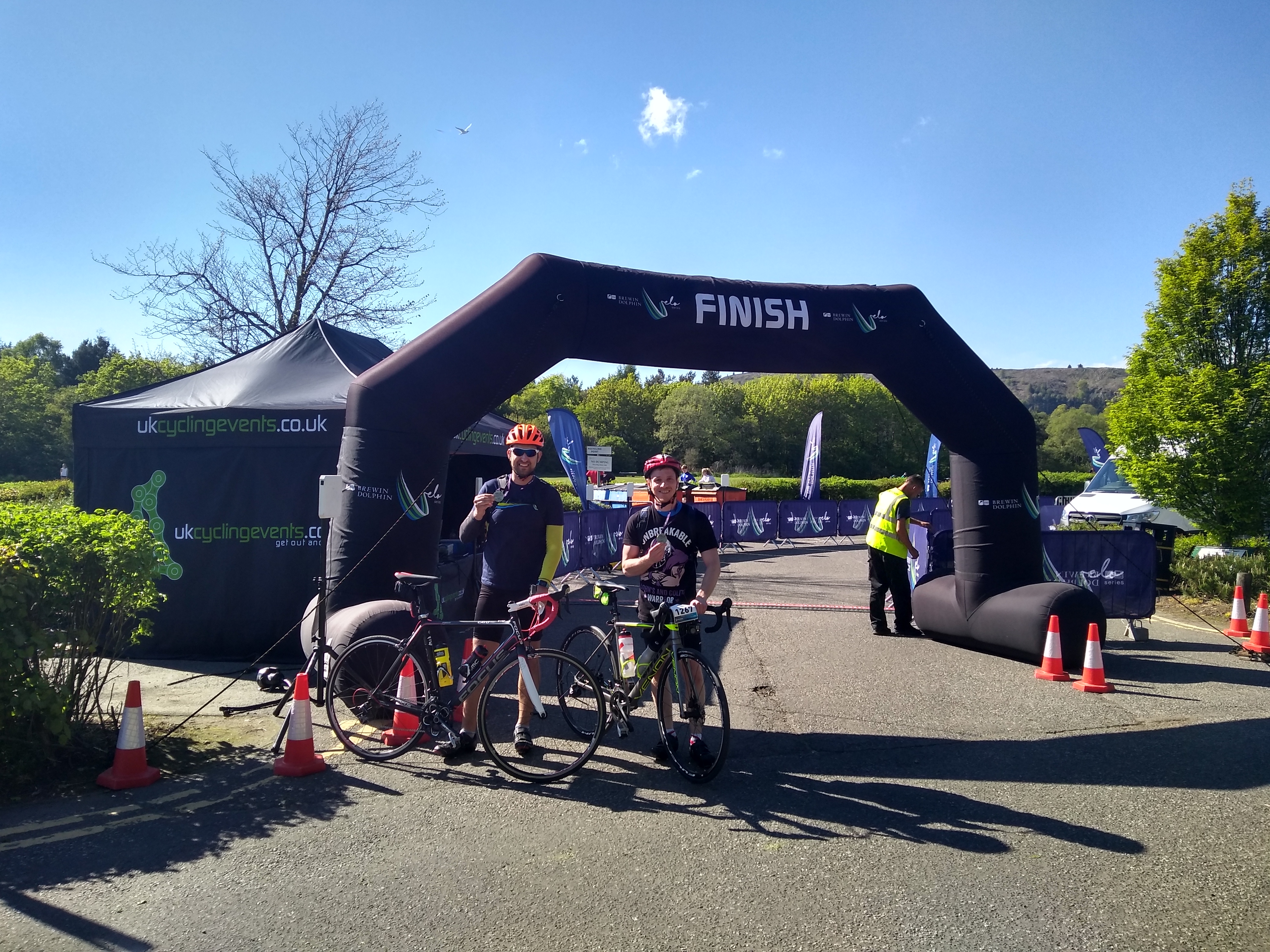 “The race was tough going at some points, but I managed OK,” Chris said. “My wrist was actually broken during the three challenges before the Tiger Escapade, though I didn’t realise it was broken.

“I was goalkeeping in a charity football match a few months ago that had been organised by a friend, and a shot came in that I saved, but it bent my wrist backwards. It was sore, and I had been to the doctor, but we thought it was just ligament damage or something like that until I got a scan last week that finally picked up the fracture.”

Now due to have a pin inserted into his wrist to correct the damage, Chris is hoping that his recent journey of cycling, running and obstacle races will continue generating donations in the coming months through his Virgin Money Giving page set up in aid of Crohn’s & Colitis UK and the IA support group.

A graduate in mechanical engineering from Heriot-Watt University, Chris was two months shy of his 25th birthday when he was diagnosed in 2009 with ulcerative colitis. This led to emergency surgery to remove his colon, after which he was given an ileostomy.

Eight months later, his condition had improved to the point that the ileostomy was reversed. Since then, he has been living with an ileo-anal pouch, an alternative to collecting intestinal waste when a patient has had their colon removed.

“I wanted to raise money for the charities that already provide help, and which have helped me through the years,” Chris explained.

“I felt like doing one event wasn’t enough for a 10-year anniversary, so I decided to do eight – one every month between March, when I had my first surgery, and October, when I had my second surgery.”

He joined Edinburgh-based Vert Rotors in March 2018, where he builds and tests the company’s ground-breaking compressors based on its patented single screw technology. In addition to providing Chris with the sort of hands-on engineering work that he enjoys, Vert also pays for his membership at the gym across the road, where he spends an hour every morning in training before work.

Of all the challenges he has taken part in this year, Chris reckons the Ochil Hills Sportive in May was among the toughest. Covering 124 kilometres, it was nearly double the length of any of his previous cycling runs.

The 97-kilometre Tour de Forth in June was a “close second” as his most difficult challenge, though for different reasons.

“It wasn’t as long and it wasn’t as hilly, but the weather wasn’t good,” he explained. “You start out from Ingliston and head out to the Kincardine Bridge, then loop back around to South Queensferry to head back towards Edinburgh.

“There was a headwind the whole way cycling back into Edinburgh, which made it a really long ride.”

Chris’s Virgin Money Giving page will remain open for donations until end-November, and can be found here. He is aiming to raise at least £1,000 for his chosen charities.