In the world of statistics, few are less reliable than employment numbers. Actually in truth, it’s not the numbers but the meaning inferred from them which is very much open to question.  Drops in unemployment would suggest a buoyant economy with lots of jobs but in reality, though more people are working, wages are not increasing. In fact, indicators such as the numbers applying for help with school uniforms suggests there is, for many more people, a greater sense of being less able to cope financially. Despite the drop in unemployment, there are still 1.3 million people who remain unemployed.  Even the United Nations thinks austerity has been bad for Britain

This will only get worse with the deep and destructive uncertainty about Brexit.  I believe the destructive nature of the drivers behind those who led the Brexit campaign, the abuse of the political process to use a referendum for party political purposes and the callous and disingenuous nature of the some of the more outrageous content of the campaign to leave the European Union will have a deep negative impact not only on our economy but our nations soul for years to come.

To be very clear, this is my opinion. It not the view of Cyrenians as an organisation. Nor am I suggesting in any way everyone who voted Leave was somehow a bad person. People voted Leave or Remain for many different reasons; it is foolish to try to stereotype a group of 16 plus million in the case of Remain and just over 17 million in the case of Leave by the actions of an extreme few. The vast majority of people on both sides voted the way they did for reasons they believed to be good for themselves and the country, whether or not others agree with their analysis; given what they knew or were being told at the time. What I am questioning is whether the outcome as we now understand it will be beneficial for us all, and in particular for those we journey with.

The release this week  of what are called technical papers may well be at one level “prudent preparation” but it exposes what was not clear at the time of the referendum – the complexity of relationships which require renegotiated which run far deeper and wider than what was portrayed as “trade deals”.  They suggest some serious challenges for everyone – from higher credit card payments, more expensive food bills to difficulties accessing medicines – and much more. The papers released this week are only a quarter of the total to be released. These are things not yet agreed with only 7 months to go to our leaving.  I am sure if we were close to agreement these papers would not be required as the likelihood of a no deal eventuality would be much less.  The prudence is required because the likelihood is clearly high.

The impact on all of us will be immense and could last for many years.  It is certainly arguable having this knowledge at the time of voting might have caused some people to make a different decision.

Whilst those things are debatable rather than definitive; what we do know is poverty is increasing across the United Kingdom.  We know more people than ever are experiencing not just poverty but destitution –as many as 1 in 50 of the population. We know from our own work right across Cyrenians services more people than ever are requiring our services because need in every area is growing;  not just economic need but need to cope with mental health, addiction, social isolation and so many other human consequences of uncertain economic times.  If we are going to add to those pressures by leaving the EU and, as a consequence, increase the number of our fellow citizens who will find themselves in a tough reality, then I think it’s worth having a conversation with ourselves, through our democratic processes; if we’d like to choose not to add to the numbers facing tough realities, could we avoid the number increasing by choosing to stay?

It seems to me, based on what we now know, Brexit, especially a “no-deal” Brexit will only make these things worse. If I am wrong we need to see the evidence otherwise, of which there is as yet very little other than warm assurances that everything will be fine – eventually.  This seems a little less assured than £350m a week for the NHS as soon as we depart the European Union; a claim painted on a red bus that most of the Leave leadership now seem to want to distance themselves from at great speed.

Perhaps we need to review the decision we took and ask folk again is this what they meant when they voted in whatever way they voted?  Democracy is always an iterative process.  Elections are how we ask ourselves what we think about the present government having voted them in previously and if we’d like them to continue. We’ve already had two referendums on membership of the European Union, a third would simply be continuing the conversation. The most recent referendum was based on a given set of information and interpretations of the information. We’ve had two more years to understand the information, glean new information and review our interpretation of the information; perhaps it’s time to put this to the test of asking if we would reach the same answer on the question of whether being in or out of the European Union is the wisest course of action for the future of the country and its citizens, especially those in greatest need or close to becoming so. 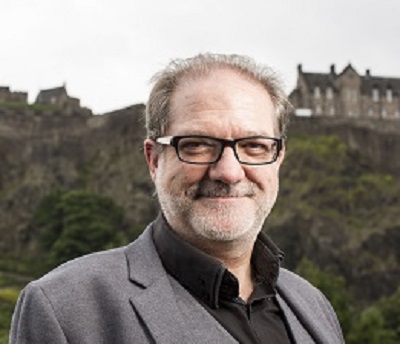