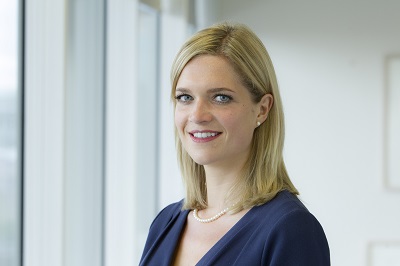 Savvy companies are stealing a march on regulations which will force all private and voluntary sector organisations with 250 or more employees to publish details of gender pay gaps.

Due to become law on 1 October, the legislation is aimed at righting entrenched pay and bonus differentials between the sexes and addressing gender imbalance at senior management levels.

While there are no punitive penalties for those businesses which do not report, the Government is using ‘name and shame’ tactics to bring businesses in to line and to reverse decades of wages imbalance between the sexes and under-representation of women in senior management

However, some of our largest companies such as SSE, Deloittes and PwC have voluntarily published reports detailing the pay and bonus gaps and pattern of female representation within their organisations, said Susannah Donaldson, a senior associate at legal firm Pinsent Masons.

She explained: “This openness and transparency is part of a wider movement in industry to promote diversity and inclusiveness. Taking this approach provides a means of comparison to be drawn with competitors and it can improve an organisation’s ability to retain talent, attract the brightest operators, and improve relationships and reputation with clients.”

Recent research by the Institute for Fiscal Studies showed the average difference in pay is currently 18% but the gap widens markedly after women have children, peaking at 33% 12 years after the first child is born. Amongst mid-level and highly educated employees the pay gap is 28%, the same as it was 20 years ago, and in some sectors such as the legal profession, the gap is 40% or more.

By April those affected by the Equality Act 2010 (Gender Pay Gap Information) Regulations 2016 will be expected to have started identifying and calculating pay gap results and by April 2018 to publish those results for public consumption and comparison.

Employment law specialist Donaldson said that regardless of the size of a business, steps can be taken to ensure companies have their house in order before the regulations come into force.

She added: “Conducting an equal pay review involves a legally privileged audit of a company’s pay and bonus structures and gender representation patterns. This allows businesses to identify where the problem areas lie and to establish what steps can be taken to reduce any gaps before formal reporting becomes mandatory and without the fear of having to disclose this analysis to employees or unions.

“A review helps businesses in gathering data, deciding on their reporting strategy and developing their gender equality plans to enhance female participation and career progression and more robust and transparent pay practices. It also allows businesses to consider whether they wish to publish information voluntarily in advance of the mandatory reporting regime and/or give time to plan for management of any potential adverse publicity.”

Donaldson said believes there is a growing recognition within industry that equal pay, diversity and inclusion can no longer be seen as just ‘aspirational’.

She added: “As a high priority of Government, and increasingly a determinative factor when potential employees decide which company they wish to work for, businesses have to get much better in improving diversity and inclusion.”