Being a Woman is irrelevant – you just do your best

As the daughter of a Welsh miner Liz McAreavey learned a thing or two about the value of hard work and valuing those around you.
She also knew that to get on she would have to make her own way in the world.

An entrepreneur by the time she was in her early twenties, she left the valleys and moved to Scotland, where she established a multi-million pound catering business at a time when it was still unfashionable for women to run a business.
Almost thirty years later she’s breaking new ground as the first female to head the 1,000-member Edinburgh Chamber of Commerce. She was installed as Acting CEO when David Birrell announced in the spring that he was leaving. A decision on whether she will get the job full-time is due at the end of this month. It’s been a busy baptism, running a staff of 22 and being at the heart of just about everything that moves in the city. “Yes, pretty well everything,” she says, emphasising the point and counting on her fingers the number of forums and task forces the Chamber sits on. “There’s a culture task force, a tourism group, Edinburgh Festival Forum…the thing is that we’ve not been great at telling the members about all the things we do.”

It’s another job to add to a to-do list that already includes organising events around some big ticket items, chief of which is the City Deal for the Edinburgh “city-region”. She has just hosted a joint Chambers meeting at the Bank of Scotland HQ on The Mound, the first of what will be several updates on the £2 billion project. Also in the diary are the 140 functions the Chamber organises throughout the year, from lunchtime get-togethers to its well-received dinners which have attracted blue chip speakers from British Airways boss Willie Walsh and John Lewis’s Andy Street, to last month’s presentation from Simon Fox, chief executive of Trinity Mirror.
McAreavey joined the Chamber in 2010 after meeting former CEO Ron Hewitt who told her he was looking for someone “to bring a few things together”. It “sounded like an interesting job”, she says, and she was appointed business development director, then operations director and finally commercial and marketing director. “They were all more or less the same thing,” she says.
The role(s) suited her, coming after a stint as director of market leadership at the big four accountant Ernst & Young where she had experienced business development from the perspective of a global business. “You are on your game all the time. Standards are so high and you have to be the best,” she says.

She had moved to Edinburgh to study accountancy at Napier, but it was not her first love. While at college she began making pastries and sold them to local shops. “I fell in love with the food in the delis,” she says. “I had never seen anything like it.” One of the shops she delivered to was a deli and sandwich bar in William Street, in the city’s west end.
“It was run by two brothers who told me they were selling up,” she says. Just 24, she borrowed £45,000 from the Cooperative Bank and bought the shop. Le Bistro was born and it developed into a catering business serving many of the top venues in the area, including the Royal Yacht Britannia. She recalls how she came to win the contract. “I rang Buckingham Palace and asked to speak to the Clerk to the Royal Household. I asked him about the cutlery and crockery. He said he was coming to Edinburgh and we arranged to meet. I had samples made with the branding on the cups and other items.”The business grew fast, but the next stage was to develop geographically and with £5m of contracts secured in the final year it seemed a good time to sell. She sold Le Bistro to the former Rangers FC owner David Murray. Her golden touch, however, deserted her when a restaurant venture proved less successful. “Running a restaurant is a different business. I was not the sort of person who wanted to be there every night. I found it was not what I wanted to do.”

She looks back on her experiences with pride and a knowledge that she learned a thing or two about the ups and downs of building a business and dealing with other people. “All businesses start off under-capitalised and with no track record. They have to build a reputation. They grow, but they need more funding to support the growth. You are constantly faced with critical decisions. “I hear people say that if they had known how difficult it would be they would never have started. Yes, I thought about giving up when I was doing the hospitality business. Without elaborating, she says: “You get let down by people. There are certainly things I would like to have avoided at the time.” She has a desire to help others, to be inclusive, and is considering a new programme for start-ups. “I am passionate about mentoring,” she says. Despite making her own way in business she does not believe entrepreneurs are born. “They may have certain characteristics such as an appetite for risk, charisma, and so on, but many become successful simply because they make the right decision. At the beginning it is like a lottery; sometimes you are right, sometimes you’re wrong.” 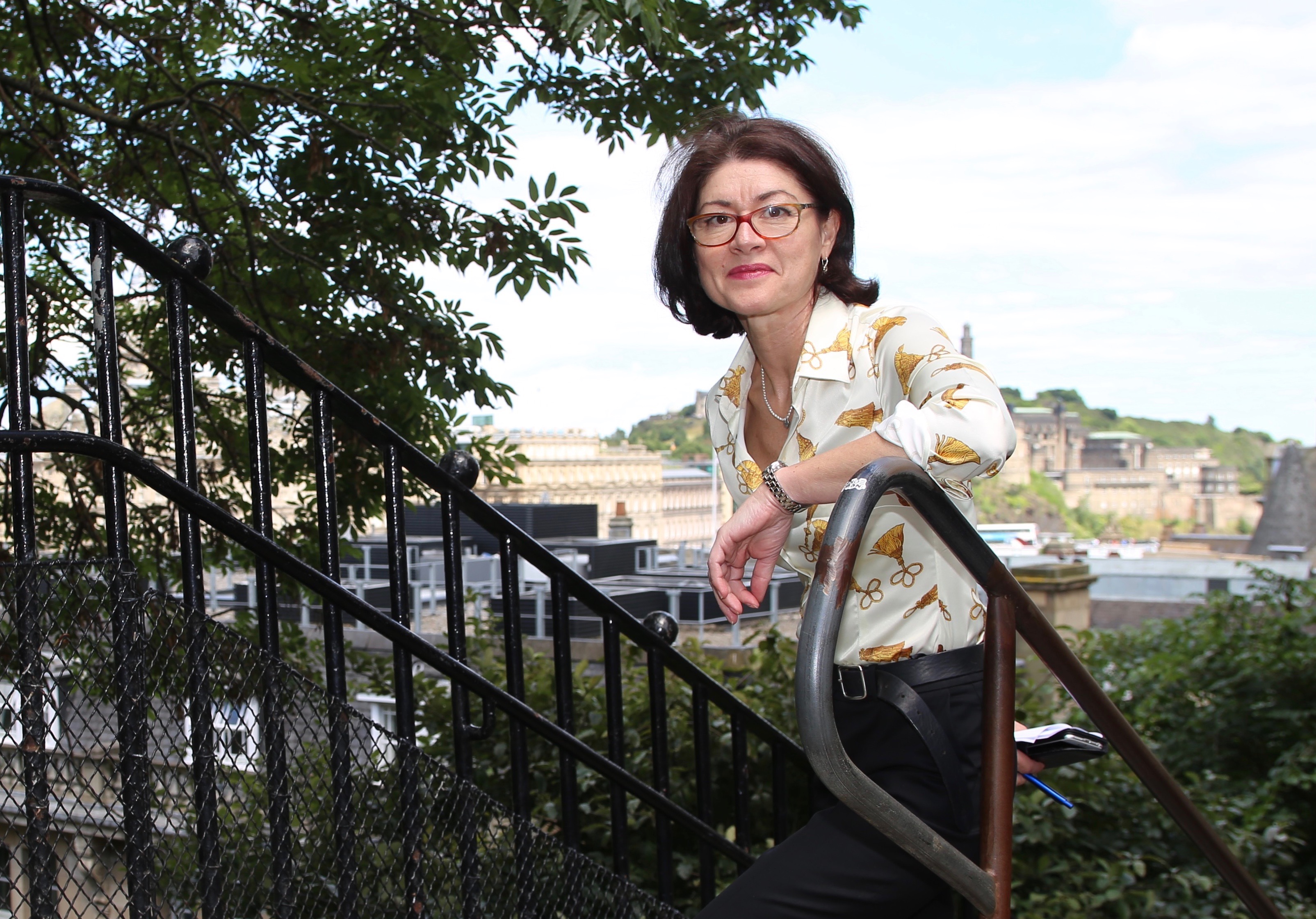