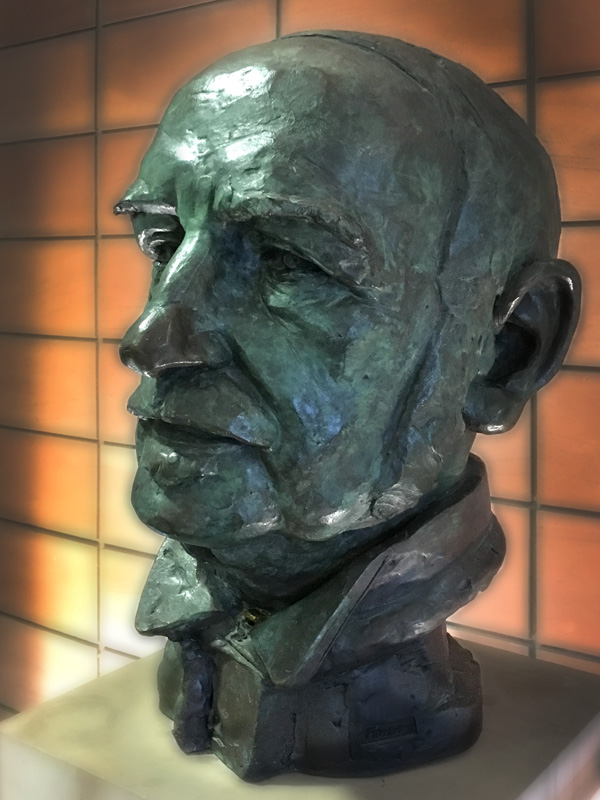 Glasgow-based surgeon Colonel Sir George Thomas Beatson, acclaimed artist Joan Eardley and mathematician Mary Sommerville are among the latest recipients to be recognised through the Commemorative Plaque Scheme in Scotland.

Now in its fifth year, the scheme – run by Historic Environment Scotland (HES) – celebrates the life and work of significant persons from history by highlighting the link between them and a building connected with their work or life, giving an insight into both the life of the person and the social history of local architecture.

Each year, the scheme recognises 12 notable recipients and amongst this latest batch is physician George Thomas Beatson (1848 -1933), who published a paper in 1886 which detailed pioneering treatment of advanced breast cancer; Joan Eardley (1921 -1963), one of Scotland’s most enduringly popular artists, noted for her portraiture of street children in Glasgow and for her paintings of the fishing village of Catterline; and Scottish science writer and polymath Mary Somerville (1780 -1872), one of the first female members of the Royal Astronomical Society.

Martin Ross, Policy and Projects Manager forHES, said: “By running this scheme, we are placing a spotlight on the social and human stories behind Scotland’s local and national architecture and the different contributions of those who helped to shape Scotland’s story. This latest group of recipients highlights this diversity and ranges from explorers and writers to mathematicians and golfers. We hope that by recognising them in this way it encourages people to find out more about their role in Scotland’s varied and extensive history.

Cabinet Secretary for Culture, Tourism and External Affairs, Fiona Hyslop said: “This latest round of plaque recipients celebrates a range people from different walks of life and various periods of Scottish history. It’s especially encouraging to see a greater representation for women – from astronomer Mary Sommerville to artist Joan Eardley, whose powerful paintings transformed Scotland’s everyday surroundings. I hope that today’s announcement will lead to a far greater recognition of the contribution each of these remarkable people have made to Scottish society and, in many cases, to the wider world.

“With 2017 being the Year of History, Heritage and Archaeology, it is particularly important that we celebrate the achievements of some of the most remarkable figures in Scotland’s history and their links with our urban landscape and famous buildings. This scheme helps enhance our rich cultural tradition and diverse built heritage.”

Other recipients of the scheme include pioneers in the fields of engineering, architecture, literature, sport, science, and politics:

Polar explorer who led three British expeditions to the Antarctic, and one of the principal figures of the period known as the Heroic Age of Antarctic Exploration
Location: 14 South Learmonth Gardens, Edinburgh

British physicist and Nobel prize winner for Physics in 1917. He was a key experimentalist solidifying our understanding of the quantum world.
Location: Hermitage of Braid Nature Reserve, Braid Road, Edinburgh

One of the most prominent Scottish golfers in the mid-late 1800s, who promoted the development of the game as an open event which came to be known as the ‘Open Championship’. He won the Open four times and was the greatest golfer of his day.
Location: 23 Ravenshaugh Road, Musselburgh

The Barras Queen saved money to buy the land for a market to enable the hawkers to sell their goods. Enclosing the market allowed Maggie to build a second floor, which in turn could be used as a ballroom, later becoming a venue for dances, and attracted musicians from all over the world.
Location: 244 Gallowgate, Glasgow

Scottish novelist and writer. Burton holds an important place in the history of Scottish women’s literature, standing alongside her contemporaries Susan Edmonstone Ferrier and Christian Isobel Johnstone in developing a tradition of national domestic fiction in post-Enlightenment Scotland.
Location: The Manse, 1 Greyfriars, Edinburgh

Famous Scottish lighthouse engineer and the grandfather of ‘Treasure Island’ author Robert Louis Stevenson. He devoted himself with determination to follow the profession of a civil engineer, and applied himself to the practice of surveying, and architectural drawing.
Location: 1-3 Baxter’s Place, Edinburgh

Prolific journalist and author, writing a number of popular fiction and non- fiction works during her lifetime. Mrs Johnstone wished to curate and present stories in a manner that could be received by the working poor, to open up the demographic of the readership and give more people the opportunity to read.
Location: 2 Walker Street, Edinburgh