Two leading Scottish charities, Alzheimer Scotland and Macmillan Cancer Support, have hailed the 230 partners and staff at DM Hall, one of Scotland’s largest independent firms of chartered surveyors for their fund-raising efforts over the past two years which secured a total of £60,000 for their vital work.

Claire Du Preez, Corporate Fundraiser Manager for Alzheimer Scotland, said: “We are very grateful to DM Hall for all their fundraising efforts over the last two years including the organising of the Summer Ball earlier this year at Prestonfield House, which helped to raise an enormous sum. All money raised directly by the partnership enables us to continue provide and expand vital community support and ensure that no one anywhere in Scotland faces dementia on their own.” 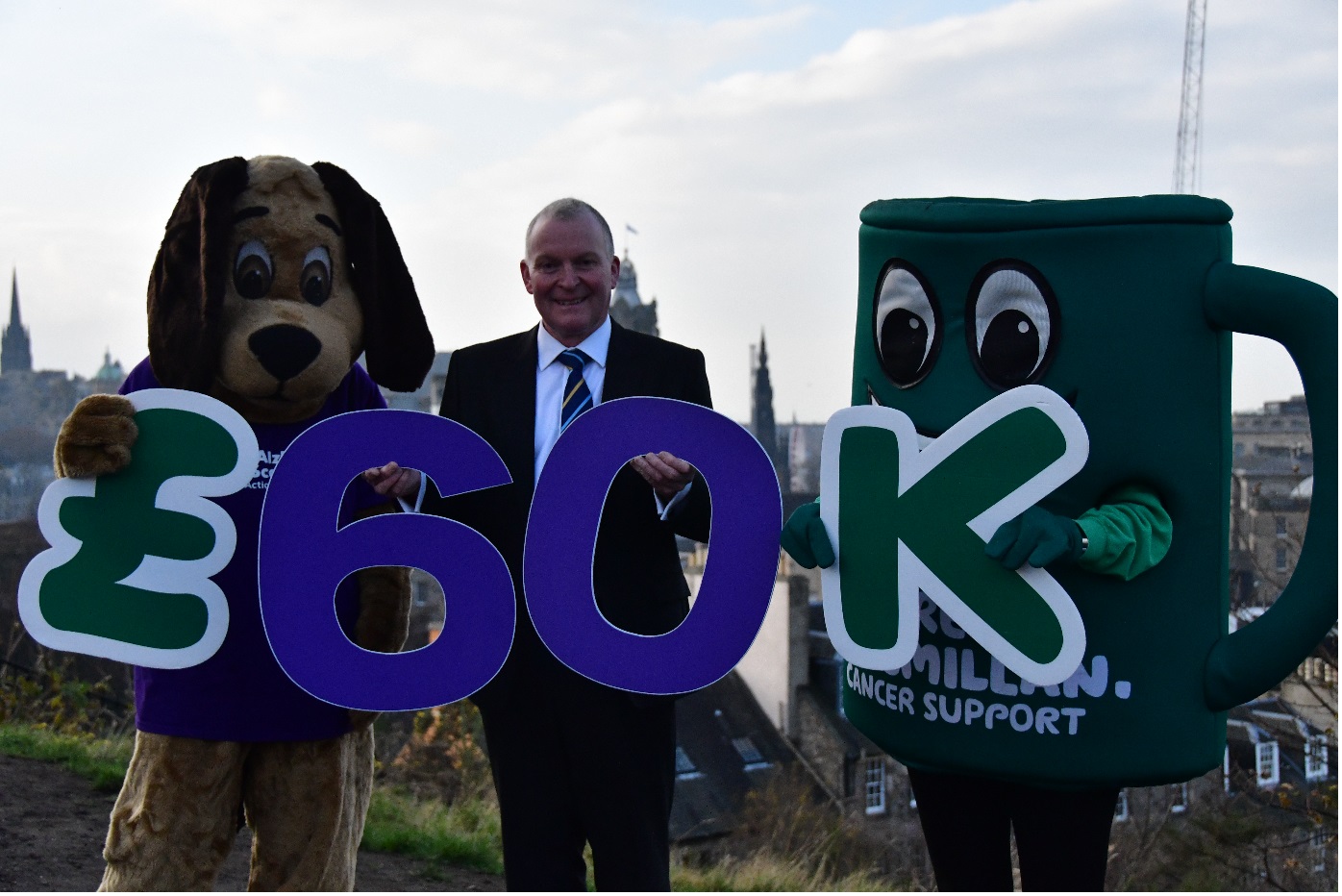 The Summer Ball was the highlight of DM Hall’s 2018 corporate social responsibility calendar, which also saw charitable initiatives over the last two years as well as comedy nights in Scotland’s cities.

Praise for DM Hall’s efforts was echoed by Laura Foreman, Regional Fundraising Manger for Macmillan Cancer Support who said “We are delighted by the sum raised over the past two years by DM Hall and would like to record our sincere thanks. The money raised will help up support more people living with cancer in the local community.”

John Albiston, Senior Partner at DM Hall, said: “As our current relationship with two such worthy charities draws to an end, we are absolutely delighted that we have been able to raise such a large sum for their operations throughout the country.

“We are currently in discussion with a new charity partner for the two-year period 2019 and 2020, and this will be announced in the New Year.”

DM Hall, which was established in 1897, has 26 offices throughout Scotland and more than 230 members of staff.