Alison Sellar Receives OBE from Her Majesty The Queen

On Tuesday 3rd July 2018, Alison Sellar, CEO of activpayroll, received her OBE from the Queen for her services to business in Scotland and abroad at an Investiture held at the Palace of Holyroodhouse.

Alison was one of three people from the North-east of Scotland to be honoured with an OBE (Officer of the Most Excellent Order of the British Empire) in The Queen’s New Year’s Honours List in December 2017. Alison attended the Investiture which was held in the Great Gallery at the Palace of Holyroodhouse with her husband, son and daughter. 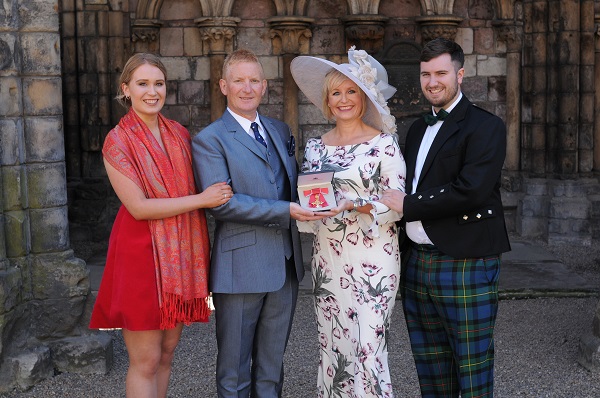 The Investiture recognises Scottish residents who have made a significant contribution to their society. Before receiving her OBE, Alison was briefed about what would happen, what she had to do and how to address Her Majesty.

Alison comments: “When I was given the signal to walk into the hall, all I could see were around 150 people, the musicians and the Queen who was giving the award to the people before me. I was really proud to see my family right in front of me and around 150 yards from the Queen. 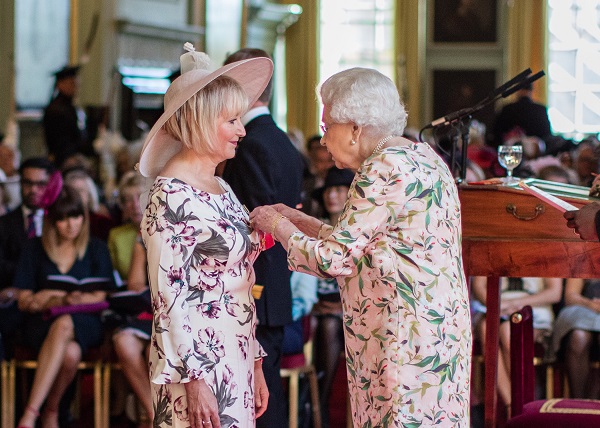 When my name was read out, I walked up and curtseyed in front of the Queen, she then pinned my medal to my dress and started asking me about activpayroll. We shook hands; I walked back and curtseyed again before walking out of the Great Gallery, passing my family smiling.”

The following day, Alison attended The Queens Garden Party, where she spent a relaxed afternoon in the beautiful grounds of the Palace accompanied by music from regimental bands and The Royal Scottish Pipers Society. The Queen and some members of the Royal Family were also in attendance.

Alison Sellar comments: “I’m still in disbelief that I received an OBE from the Queen, I am beyond humbled and would never have received such an honour if it wasn’t for the amazing team I have behind me. You don’t achieve anything like this alone and I collected the OBE on behalf of the whole team at activpayroll. Not to forget my brilliant family and friends who have provided me with constant support since launching activpayroll in 2001.”