Airbnb bookings in Edinburgh jump 70% to more than 1.1 million stays, a report by Colliers International reveals

The proportion of visitors to Edinburgh using Airbnb jumped to 20% as the online platform accounted for more than 1.1 million overnight stays, according to the latest data from Colliers International.

The commercial property firm found that bookings on Airbnb for properties in the capital were up 70% in 2017 compared to the year before, while the website’s share of this huge visitor accommodation market grew from 13% to 20%. Almost a third (31%) of bookings are now taken by landlords with three or more properties listed on the site. 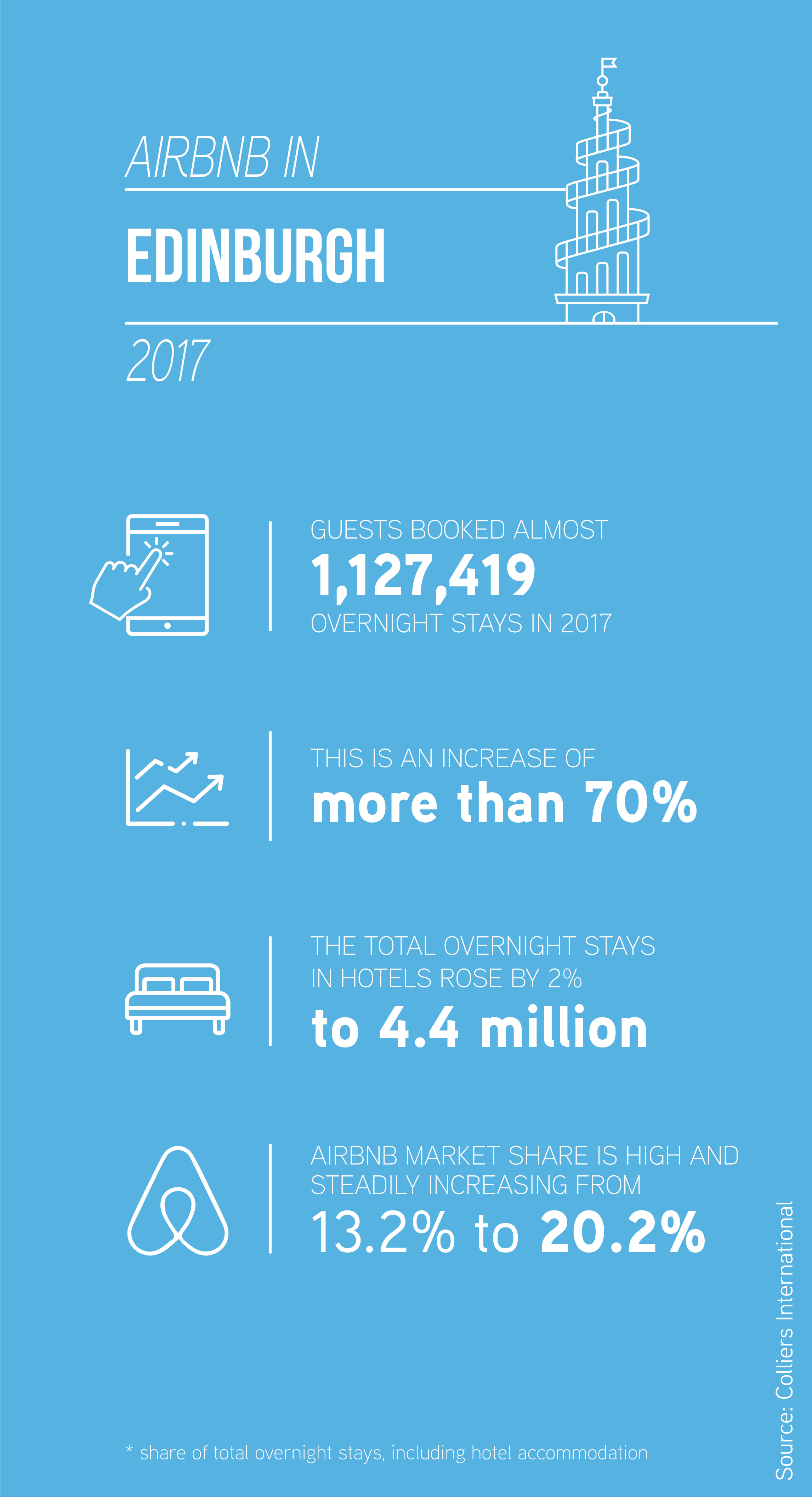 The study, carried out in partnership with Hotelschool The Hague, comes at a time when tourist destinations around the world have been calling for Airbnb to be regulated, capped or even banned. In Edinburgh, the city council recently announced that it would lobby the Scottish Government for a “licensing regime” to potentially cap the number of Airbnb properties.

Alistair Letham, a director for Colliers International in Edinburgh, said there were concerns within the hospitality industry that while the Airbnb website is an undoubted success story, it has, in part, been as a result of an “unlevel playing field”. Its accommodation platform is unregulated, unlike other parts of the market, such as hotels and guest houses – and demands for licensing and regulation have been called for by politicians. The question for local authorities and regulators is the scope and effectiveness of a future regulatory framework. 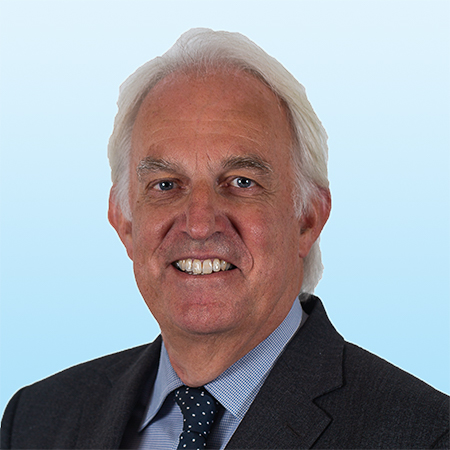 He said: “However, you can’t blame property owners for taking the opportunity that has been provided. Given the shortage of affordable accommodation in Edinburgh, during the summer, you wouldn’t want to stifle this trade either. These statistics do show that there is a huge and growing demand for reasonably-priced visitor accommodation in the city, and the reported 120,000 visitors booking through Airbnb in Edinburgh in August 2018 alone. Airbnb is clearly filling a gap in the supply of affordable accommodation in Edinburgh, in the peak season. But it also highlights that this demand could also be met through the additional provision of more limited service hotel accommodation and aparthotels”.

The research shows that private rooms remain the most popular type of accommodation among Airbnb users in Edinburgh, representing almost 38% of all bookings, at average of €61 per night. This is followed by one-bedroom properties (26%), which have seen a slight rise in popularity since 2016. The most notable shift, however, has been towards larger properties with bookings of three and four bedroom properties up 8% and 17% respectively year-on-year, with average daily rates substantially higher than the Edinburgh average.

2017 also saw a significant increase in the supply of available accommodation on Airbnb in Edinburgh. While 31% of units are provided by multi-listers with three or more properties, currently just 9% of supply is provided by those with 10 or more units. This suggests that while the capital’s Airbnb market is booming, it has yet to become as commercialised as some of the other leading cities in the UK and Europe. 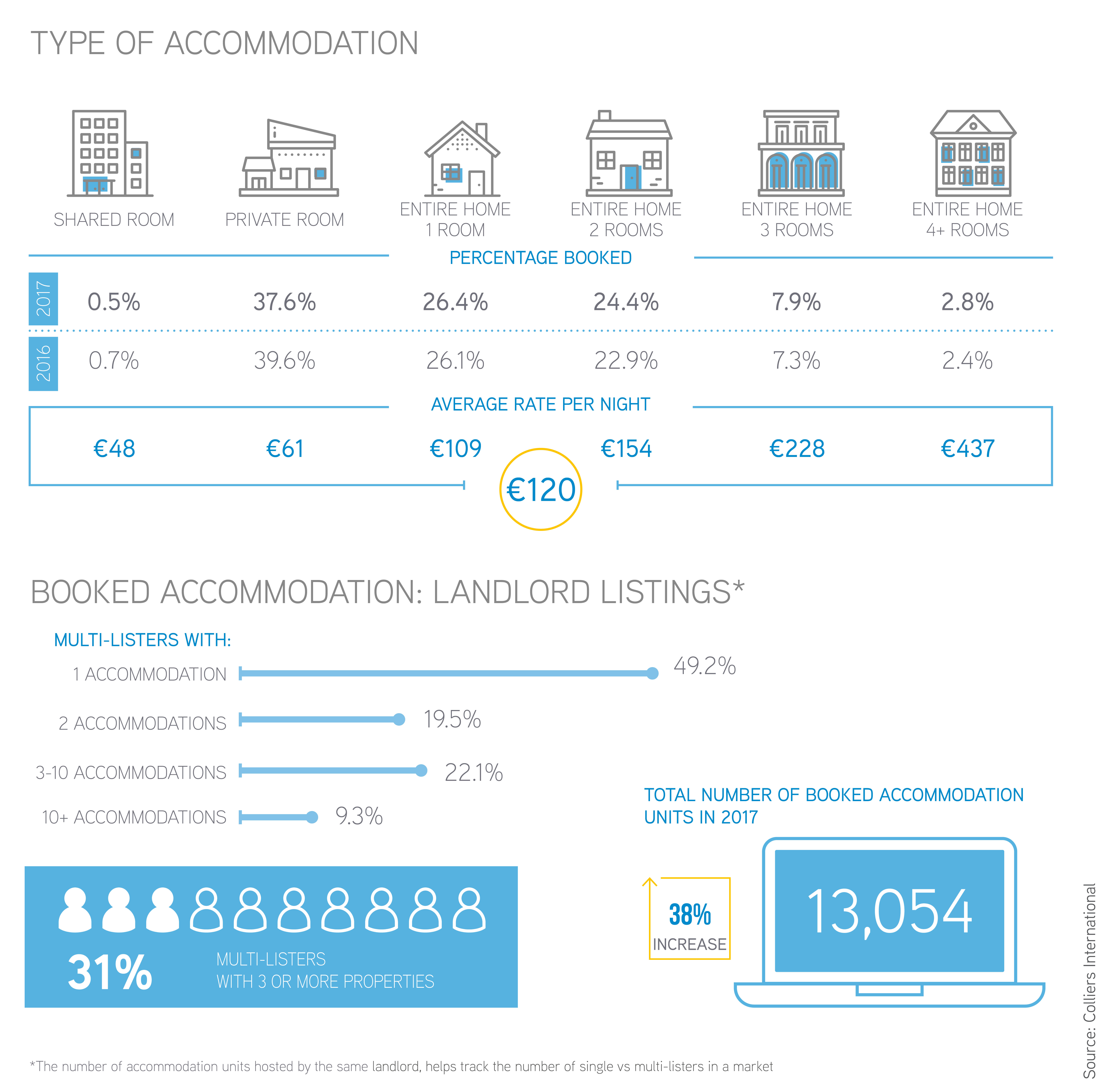 Marc Finney, Head of Hotels & Resorts Consulting at Colliers International, added: “The figures for Edinburgh are quite startling – of all of the cities that we have covered in Europe the Airbnb figures for Edinburgh show the highest share of the market.  This can partly be explained by the extreme peak of demand for reasonably priced accommodation during the festival and Fringe Events – the latter, in particular, attracting large numbers of millennial students who are used to this form of accommodation.

“However, this is only a part of the story and it is clear that the under-supply of accommodation in the city is forcing guests into the unregulated sector where there is a risk that VAT, business rates and social security payments are not made and where there is a lack of rigour in the application of fire and life safety provisions.  The City of Edinburgh Council certainly might want to consider the unintended consequences of taking a negative stance towards new budget accommodation provision.”