Ain’t no stopping him now 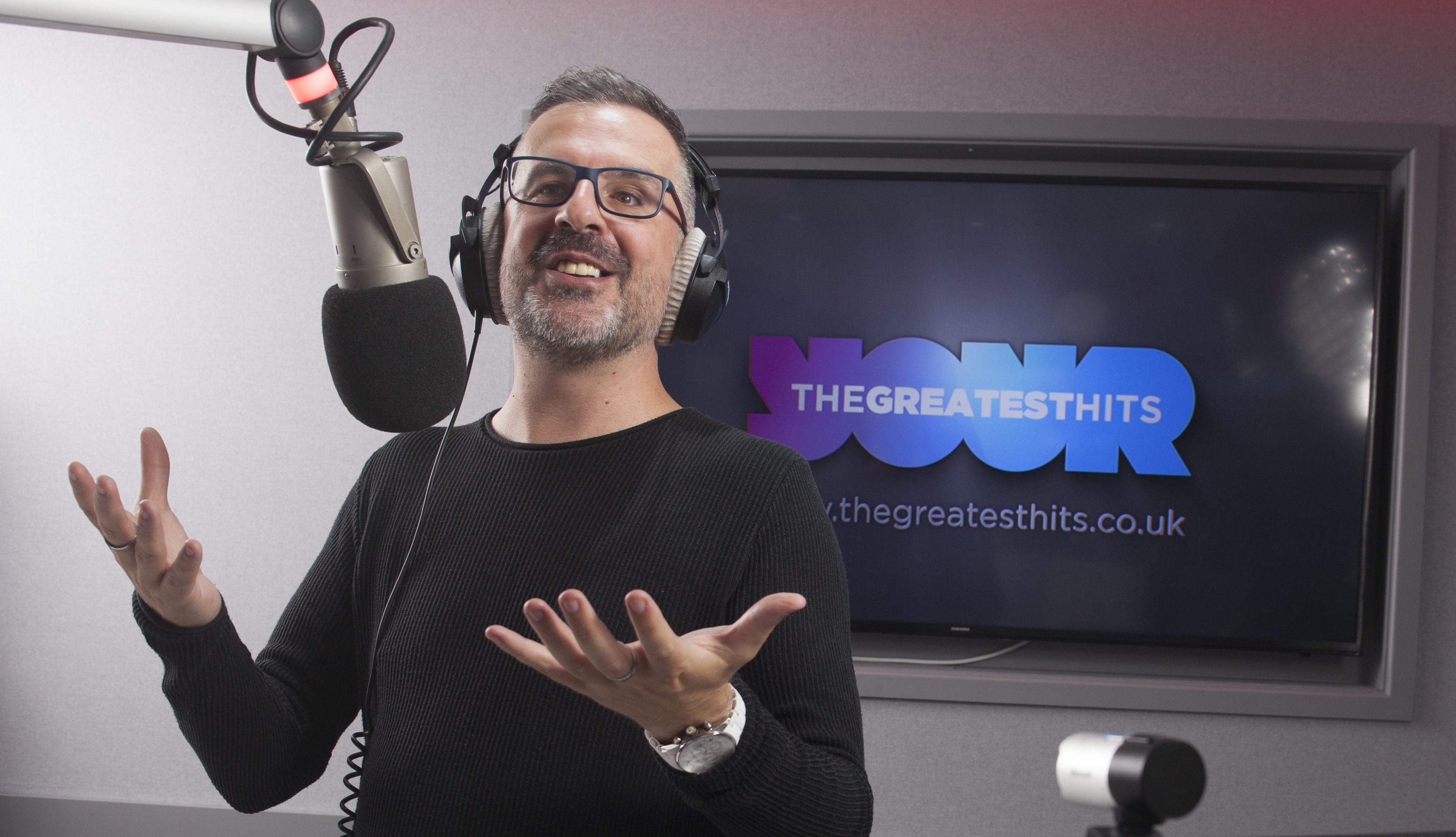 The classic from McFadden and Whitehead set the tone for the show where Ewen was joined by singer Rick Astley as his very first guest.

Ewen said: “Rick Astley has been a huge part of my life since I was a teenager and I only agreed to take over the show if he would be my first guest.

“He was the soundtrack to my youth and my ultimate hero. I definitely took my style inspiration from him and tried out some choice looks including his signature polo necks and quiff! I even had my first snog to ‘Whenever You Need Somebody’…”

Well-known for his larger-than-life personality, and with 23-years of TV and radio broadcasting under his belt, Ewen plans to bring banter and plenty of laughs to the show.

Ewen added: “My show is going to be fun and full of enthusiasm but also unpredictable – just like me! The listeners will be the real stars of the show and everyone is welcome as we want as many people as possible to tune in and be a part of it.”

Listeners will be able to enjoy interviews with big name guests on the show, the greatest hits and some incredible give-aways.

On today’s show, Ewen announced a money-can’t-buy prize from Rick Astley which includes a personal meet and greet with the star and a private gig during the sound check.

Graham Bryce, Managing Director of Bauer Radio in Scotland said: “It is fantastic to have Ewen on board as our newest breakfast presenter on the Greatest Hits network. His energy is infectious so he’ll be great at getting listeners up and ready for the day. I’m looking forward to hearing anecdotes from his life on air, as well as of course, lots of the greatest hits.”

The much-loved presenter and personality has a number of industry awards to his name including Arqiva Breakfast Show of the Year and Royal Television Society award for his show with STV. He has a strong track record of stellar interviews with high profile individuals including Joanna Lumley and Tiger Woods.

Listeners can tune into Ewen’s breakfast show every weekday morning from 6am until 10am across Bauer Scotland’s Greatest Hits network: Clyde2, Forth2, MFR2, NS2, West Sound (Ayrshire) and Tay2.