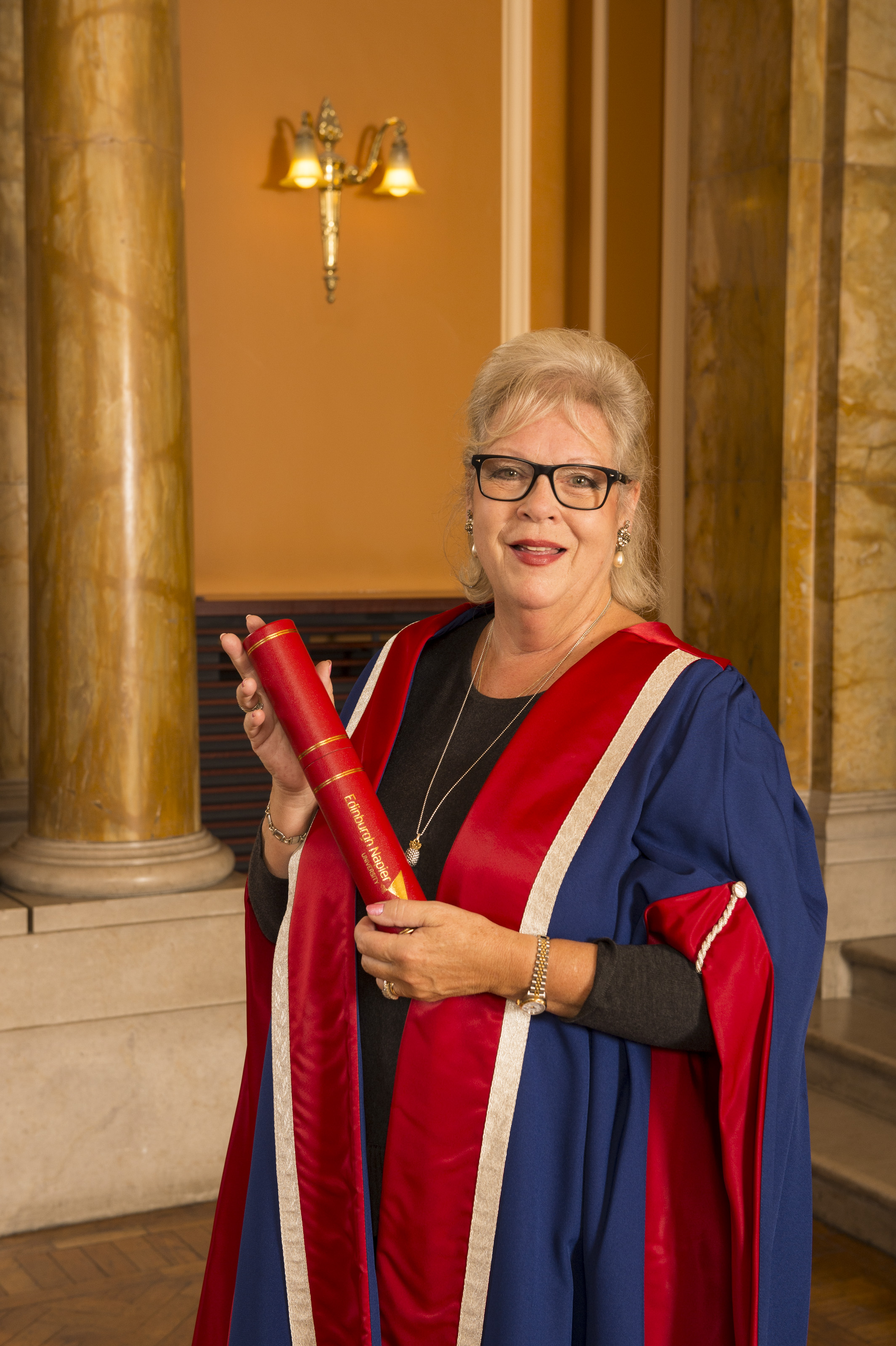 AN award-winning advertising copywriter has received an honorary fellowship from Edinburgh Napier University. Susie Henry was the first woman creative director to have her name on the door of a London ad agency. In a career spanning 35 years, she has won six prestigious D&AD Pencils – the Oscars of the advertising world, was honoured at London’s Guildhall for “outstanding achievement in the communications industry” and helped sharpen the copywriting skills of industry hopefuls with her contributions to The Copy Book guide. In the 70s, when the country was worried about power supplies, strikes, terrorism and the value of the pound, she penned the phrase “we won’t make a drama out of a crisis”, which changed the face of insurance advertising. She worked alongside a string of internationally-acclaimed practitioners and also sat on the board of Saatchi and Saatchi. Susie, who has a string of big brand TV commercials to her name, has also launched scores of Edinburgh Napier students into successful careers in advertising.  She moved to the city in 2003 and led the creative direction and teaching as the university established the first Masters in Creative Advertising course in Scotland three years later. Today she joined hundreds of students at a ceremony in the Usher Hall to receive her honorary fellowship.

Susie said: “I never expected the last 10 years to happen. It was the collision of two worlds – advertising and academia – and it has been my privilege to be at the heart of it. The experience of teaching and nurturing young talent represents a very special time in my life, and I am truly honoured to receive this award.”

Honorary fellowships are awarded to ex-members of staff who have made an outstanding contribution to university life. Also honoured by Edinburgh Napier University at this week’s graduation celebrations are:

Professor Andrea Nolan, Principal and Vice-Chancellor of Edinburgh Napier University, said: “It is exciting to see people who have made such a significant impact on the worlds of law, industry and nursing joining our celebrations.

“Their drive and talent will inspire our students as they set out to make their own mark on the world.”