23 June 2019 – Edinburgh – A record-breaking 195,400 visitors made their way to the Royal Highland Show at Ingliston, in Edinburgh, over the last four days to experience rural life at its most vibrant.

Delivering an estimated £65 million in economic benefit to Scotland, the four-day event attracted not only the highest attendance in its 179 year history, but also senior politicians including the First Minister Nicola Sturgeon and MP David Rutley, Parliamentary Under Secretary of State at the Department for the Environment, Food and Rural Affairs (DEFRA). 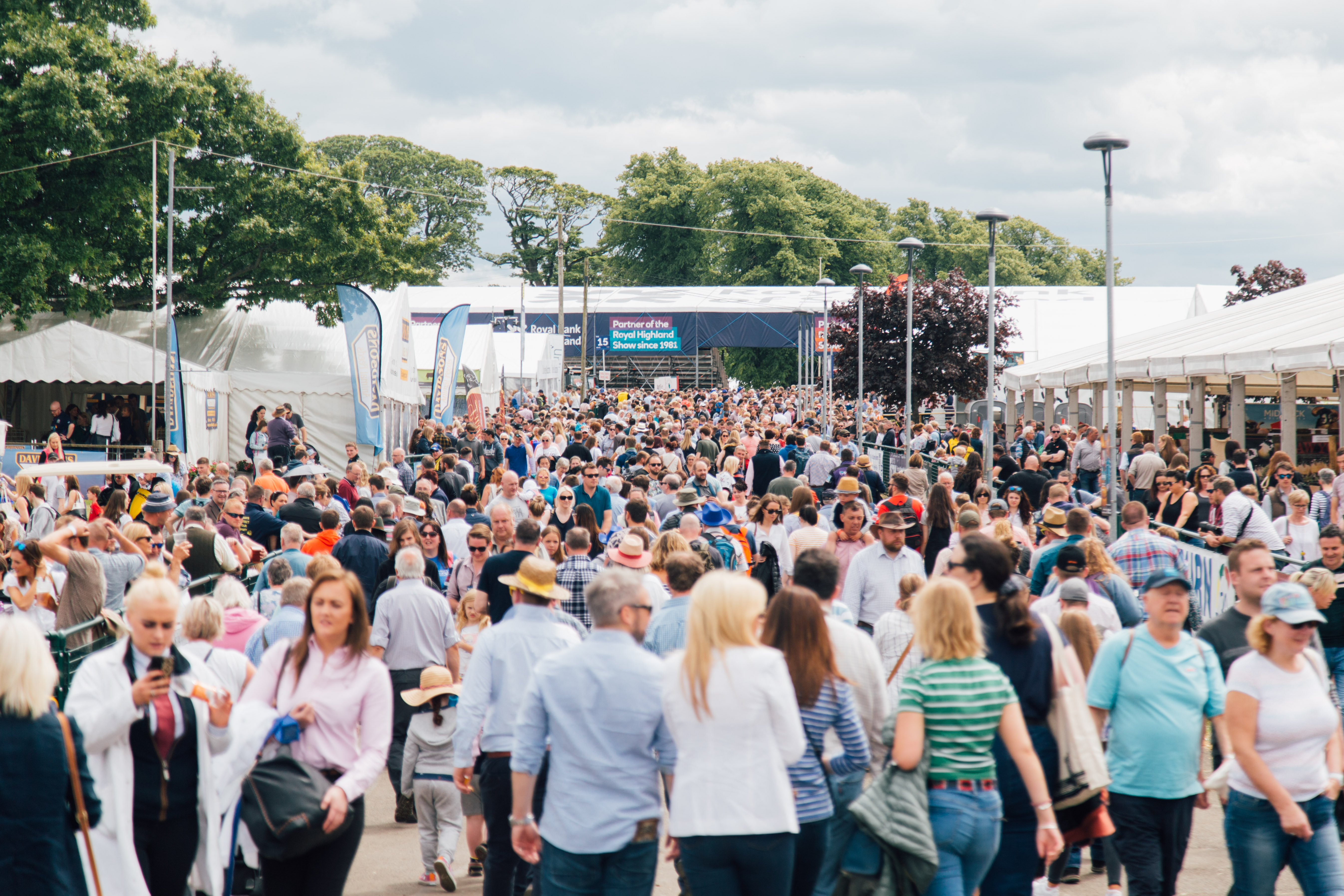 £170,000 in prize money and 280 trophies, collectively valued at £2,000,000, were distributed to award-winning livestock exhibitors as well as accolades to agri-manufacturers in the Technical Innovation Awards.

Food producers such as South Caernarfon Creameries and Peter Equi & Sons Ltd were amongst the winners, with the Scottish Championships including categories for products such as cheese, butter, ice cream, bread and honey.

Main Ring attractions included the Shindig at the Show – where 300 dancers performed an Eightsome Reel – a Clydesdale Celebration and a re-enactment of The Borders Riding of the Marches.

Commenting on the success of the 179th Show, Royal Highland and Agricultural Society

of Scotland (RHASS) Chairman, Jimmy Warnock said: “This year has been an incredible Show as demonstrated by the record-breaking figures.  What we offer is an authentic day out that is not manufactured with the stars of the Show the animals.  However, the backbone of the event is our staff and Directors who have worked tirelessly and collaboratively to deliver an incredible event that is loved equally by those working in the agriculture industry, and those who simply enjoy the country’s best from the farmers and producers.”

Celebrating its 20th year, the educational arm of RHASS the Royal Highland Education Trust (RHET) had another successful Show with over 7,200 children visiting on Thursday and Friday.  An estimated 30,000 are expected to have visited over the four days, with children aged 15 and under admitted to the Show for free.

First Minister Nicola Sturgeon also announced that the agri-education charity is to be supported by the Scottish Government, alongside Education Scotland, Soil Association and the Food and Drink Federation, as part of the Government’s Good Food Futures programme.

With the 2019 Presidential Team hailing from the Scottish Borders, the President’s Initiative at the 179th Royal Highland Show celebrated the Borders unique heritage and culture, which included a recreation of the Common Ridings in the Main Ring, while also promoting responsible countryside access.