Another 28,700 Lothian homes and businesses are set for a major broadband boost as part of a £95m Scottish investment by Openreach – the nation’s largest digital network provider, used by customers of service providers like BT, Sky, TalkTalk and Vodafone.

Musselburgh, Pencaitland and Aberlady in East Lothian; Ford in Midlothian; and Linlithgow, Armadale and Philipstoun in West Lothian will be upgraded in a £10m investment1 following the company’s latest build announcement, with a new, ultrafast, ultra-reliable ‘full fibre’ broadband network to be built to most premises in these areas.

The digital network provider has now reached more than six million homes and businesses across the UK with ultrafast full fibre, around 480,000 of them in Scotland. 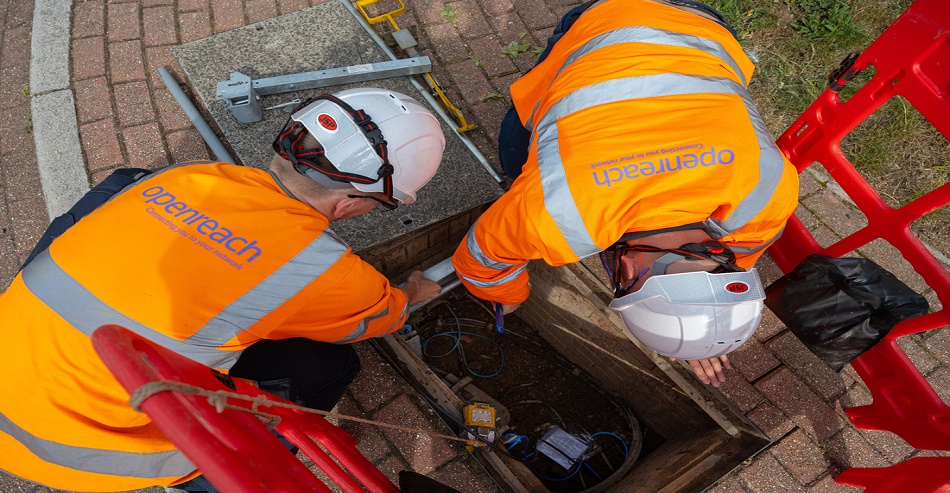 The latest plans follow news earlier this year that around 300,000 Scottish homes and businesses would get access to Openreach’s new network, mostly in rural and harder to serve areas.

The company has already announced plans to upgrade more than 28 towns and villages across the Lothians – including Gullane, Haddington, Penicuik and Broxburn – as well as the city of Edinburgh, and more than 175,000 premises can now connect.

Robert Thorburn, partnership director for Openreach in Scotland, said: “As Scotland’s biggest fibre builder, we’re delighted to be unveiling another bumper broadband boost for local people. Good connectivity is vital – whether it’s to work from home, access education and care services, or for gaming and streaming entertainment – and that’s why we’re investing across the UK to upgrade our network to 25 million premises.

“Nobody’s building faster, further or to a higher standard than Openreach, and we’ve already reached six million homes and businesses with ultrafast full fibre technology, including 480,000 in Scotland. It’s proving popular as well, with nearly 23 per cent already choosing to start using it.

“Our engineers and build partners are reaching more communities every week and we’re not just building in cities and urban areas. Many rural and hard to reach communities are already benefitting and we plan to reach many more in the coming months and years.” 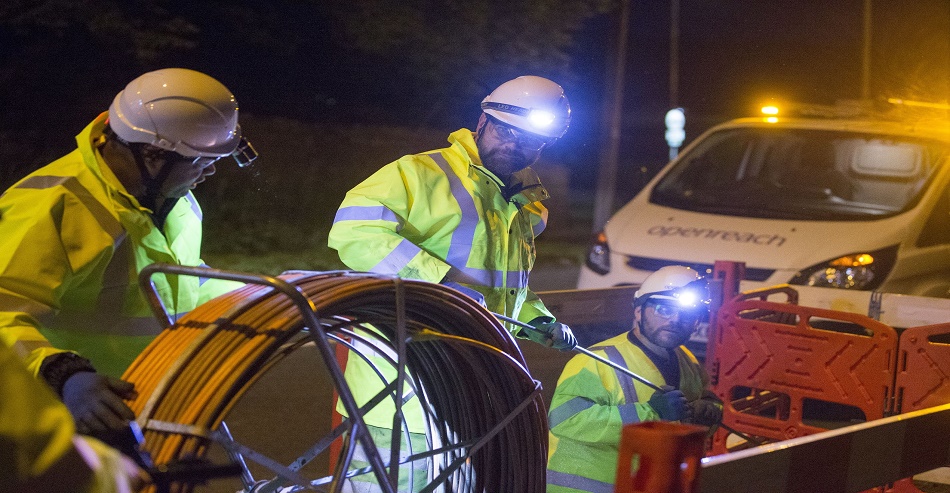 “Our Reaching 100% (R100) programme – including our investment of £600 million in the R100 contracts – ensures that everyone in Scotland can access superfast broadband. With Openreach’s latest commercial investment of £95 million, this will ensure more than 50 of our communities across Scotland will be able to access even faster full fibre broadband.”

Across the UK, more than 1.3 million homes and businesses have already ordered a full fibre service from a range of retail service providers using the Openreach network. But this means millions more are yet to start benefiting from some of the fastest, most reliable broadband connections in the world and have yet to upgrade.

Recent research by the Centre for Economics and Business Research (Cebr) highlighted the clear economic benefits of connecting everyone in Scotland to full fibre. It estimated this would create a £4.5 billion boost to the local economy.

Openreach engineers have been working hard to make the technology available to as many people as possible throughout the UK – at times reaching 47,000 premises a week – and work will continue between now and 2026, with the full list of locations and timescales being updated regularly on the Openreach website.

The company plans to reach a total of 25 million premises by the end of December 2026, including more than six million in the hardest-to-serve parts of the country defined by industry regulator Ofcom.
Openreach employs more than 3,200 people across Scotland. Find out more about our Fibre First programme, latest availability and local plans here.