Edinburgh is a city that promises culture, beautiful architecture, world-class whisky, and is the UK’s ‘fastest growing tech hub’. What a place to call home! See our ‘8 Reasons Why…Edinburgh’ is THE tech hub to watch.

When you think, Edinburgh – what do you think of? Castles, whisky, rolling green hills, Mary Queen of Scots, and Harry Potter (in no certain order)? Well, you wouldn’t be wrong. In the recent decade however, the Scottish capital has also blossomed into a massive centre for commercial growth, and has become the UK’s ‘fastest growing tech hub’ – beating out the likes of London for the title. Ya wee dancer!

Welcome then, our ‘8 Reasons Why… Edinburgh’ is THE tech hub to watch; And considering it’s the home of whisky AND Irn Bru, you’d be crazy not to visit and see what the fuss is about!

This is no small goal. We’re talking about competing with the tech metropolises that are London, Berlin, Paris, and many others. But being named as ‘Europe’s Most Attractive Destination for Technology Businesses to Locate to’ by European Business Magazine, and the historically strong and expanding number of University courses, have seen Edinburgh edge closer to their ultimate vision: “One of Europe’s fastest growing communities of developers and data scientists is helping to attract a critical mass of technology businesses and build momentum in support of Edinburgh’s vision to become the Data Capital of Europe.” (Invest in Edinburgh)

The reality of this vision is further demonstrated by the steep increase in digital jobs between 2014 and 2017, which saw jobs in Edinburgh triple and the Edinburgh ‘developer ecosystem’ increase by 8%.

It seems everyone is sipping on the Edinburgh tech Kool-Aid; and I don’t know about you, but I’d like a sip!

You know the one, Edinburgh Fringe Festival or ‘The Fringe’ – the month-long Arts Festival that runs through the month of August each year, and has done since 1947. In 2018 it spanned 25 days, featured more than 55,000 performances of 3,548 different shows across 317 venues, and contributes around £260Million each year to the Scottish economy: “The Edinburgh Festival is also second only to the Olympic Games in terms of attendees.” (Sunday Post) Many known comedians got their big break in The Fringe, from Jimmy Carr to Romesh Ranganathan, and other stars use it as a platform to test out new material – with 2019 even seeing Stephen Fry hosting discussions.

This annual influx of the world’s leading creative minds sees huge interest in the city, huge activity, huge opportunity, and it keeps the stream of tourists and investors coming through. It’s a plethora of creative exploration. No surprises then that creativity and innovation are now staples of Scotland’s capital.

Steeped in history and boasting some of the most breath-taking scenery in the UK, Scotland has always been a popular tourist destination; but with major upgrades at Edinburgh Airport seeing long-haul Airlines like Qatar Airways, Emirates, Air China and Delta Airlines introducing direct flights into the Capital, it’s seen a massive increase in tourism, and seen the Airport rise to the UK’s 6th busiest. And that’s just the international flights! In 2018 Edinburgh Airport ‘overtook Heathrow Airport for the greatest number of domestic airline passengers.’ (Independent)

With increased links to Asia, The Middle East, The United States (and in conjunction the South Pacific), and being able to bypass expensive Airport taxes in London, its opened-up Edinburgh to being a destination of choice. The economic contribution of the airport is due to be around £250Million over the coming decade, so it’s no wonder that global professionals, investors and entrepreneurs now see the city as a hub for development, opportunity and increased mobility.

REASON NUMBER 4 – THE ‘BOOMING TECH HUB’ TITLE IS ALSO MATCHED WITH (IN SOME CASES) BETTER PAY THAN LONDON!

A detailed report was issued by Tech Nation as part of the UK Government’s Digital Economy Council research that hailed Edinburgh as a ‘booming tech hub’ and stated that the Scottish capital is: “among the UK’s fastest-growing tech clusters, competing with London for skilled workers and in some cases offering more attractive pay.” (Scotsman) Considering adjusted living costs across the cities too, this is an exciting win for Edinburgh!

Most importantly though, the increase in tech has also seen an increase in versatility of tech, in emerging markets, and start-ups that have lasting power and commercial versatility.

George Windsor, head of insights at Tech Nation, added to his report findings: “The tech economy is bigger than sectors like hospitality and construction. However, increasingly, those lines are getting blurred, with technology jobs crossing over into the mainstream sectors like financial services and health, helping them to evolve and stay competitive and productive.” (Scotsman)

It’s safe to say that any industry showcasing long-term stability, huge growth AND increased earnings competing with tech giants like London, is going to attract great minds and great talent. So the future looks bright for the Edinburgh tech scene!

Both Edinburgh and Glasgow ranked in the Top 3 of CBRE’s ‘Top for Tech Investment’ research, released in early 2019. With both being cited as; “advantaged by high levels of educational attainment and access to a number of world-class universities, with strong research and computer science degree rankings, the study said.” (Herald Scotland)

Invest in Edinburgh also further explored Edinburgh as a significant city for tech investment, and again noting the city’s world class Universities as being a significant reason behind this: “That growth is being supported by Edinburgh’s acclaimed universities. The regular provision of highly skilled graduates from establishments such as the University of Edinburgh’s world-leading School of Informatics, as well as organisations such as CodeClan, the UK’s first digital skills academy. Collaboration between academia, the public sector and private enterprise is also nurtured through The Data Lab, an innovation centre dedicated to unlocking the full potential of data analytics.” (Invest in Edinburgh)

This consistent output of skilled professionals, and concentration on bringing professionals into the tech industry at all levels has worked a treat on investors. Even introducing regular ‘uniquely collaborative tech environments’; “reinforced by a diverse programme of annual events such as Engage, Invest, Exploit (EIE), Scotland’s premier technology investor showcase.” (Invest in Edinburgh) No wonder then that the likes of CodeBase have made their home in Edinburgh. They are the largest technology incubator in the UK, and one of the fastest growing in Europe.

I don’t know about you, but if I had a penny… I know where I’d be investing it!

Most of the developed world has heard of Harry Potter; the story of a young orphan Wizard who defied the odds and became the most powerful student in Hogwarts history. A story that captured the imagination of audiences worldwide to build a $15Billion brand.

For anyone who has watched the movies and seen JK Rowling’s vision for Hogwarts, it would be no surprise that Edinburgh is where she got her inspiration for the architecture and the narrow cobblestone streets of places like Diagon Alley. And the trawls of walking tours up the Royal Mile and Grassmarket on a daily basis is testament to this! But she has been very open about Edinburgh being the place in which she wrote these incredible stories: “…Edinburgh is very much home for me and is the place where Harry evolved over seven books and many, many hours of writing in its cafés.” (Independent Travel Cats)

If a city can inspire such an enormously popular story and stimulate enough interest to build a $15Billion brand, it’s a sign of just how magical Edinburgh really is and how powerful it’s beauty can be in stimulating creative minds.

We couldn’t resist including whisky on the list, not only because it’s widely considered to have restorative qualities (just us?!), but it also contributed a whopping £4.07Billion to the Scottish economy in 2018 alone – and those numbers are rising!

With the top countries of export ranging from the United States of America to Latvia, it’s no coincidence that whisky generates huge interest from tourists and professionals across the world. In the words of Karen Betts, Scotch Whisky Associations’ Chief Executive: “These figures underscore strength of the Scotch Whisky category, which has continued to grow despite the challenges posed by Brexit and by tensions in the global trading system.” (Scotch Whisky Association)

Edinburgh makes a great home for whisky tasting experiences too, and in recent weeks has seen the first single malt distillery open its doors in the heart of the city for the first time in nearly 100 years. Just a 15 minute walk from the Royal Mile, Holyrood Distillery is the product of Canadians Rob and Kelly Carpenter, and Scot David Robertson who shared a great love for Scotch Whisky. With the visitor centre including ‘hands-on, sensory and educational experiences’ that promise to ‘enlighten and delight’, the distillery is sure to stimulate interest in the famous drink even further.

We’re pleased to report this growing interest and growing trade in a Scottish generated enterprise (and long may the whisky pop-ups continue!), and while there is no evidence to link whisky and tech directly – we think we’re on to something here… I’m suddenly very thirsty.

[See the Visit Scotland website for more on where YOU can taste this nectar of the Gods.]

REASON NUMBER 8 – EDINBURGH IS QUITE SIMPLY, BEAUTIFUL (OR ‘BRAW’ TO LOCALS)

Last but definitely not least, Edinburgh is very easy on the eyes. With its stunning juxtaposition of green parks and stone castles, its winding cobblestone streets, quaint shops and colourful terraces, it’s quite simply ‘braw’. And if Holyrood Palace is good enough for the Queen, who are we to contest that?!

Edinburgh is a combination of culture, architecture, world class food, gin and whisky in abundance, the great outdoors, and castles that will take your breath away (and its clean, crisp air too!). And if we top that off with the fact that the Scots are widely renowned for their hospitality and sense of humour, I would understand if you’re searching Skyscanner for flights as we speak… speaking of Skyscanner, they’re another hugely successful Edinburgh business, and were acquired by Ctrip in 2016 for a whopping £1.74 Billion.

All in all, there’s no doubt that Edinburgh is a force to be reckoned with when it comes to being a thriving tech hub in the UK, and one to keep your eyes firmly on. What exactly the future will bring for this fine city, only time will tell; but we’re definitely happy to be along for the ride.

To see more on how Pufferfish add value to the Edinburgh tech scene, see our website tab and follow us on socials. 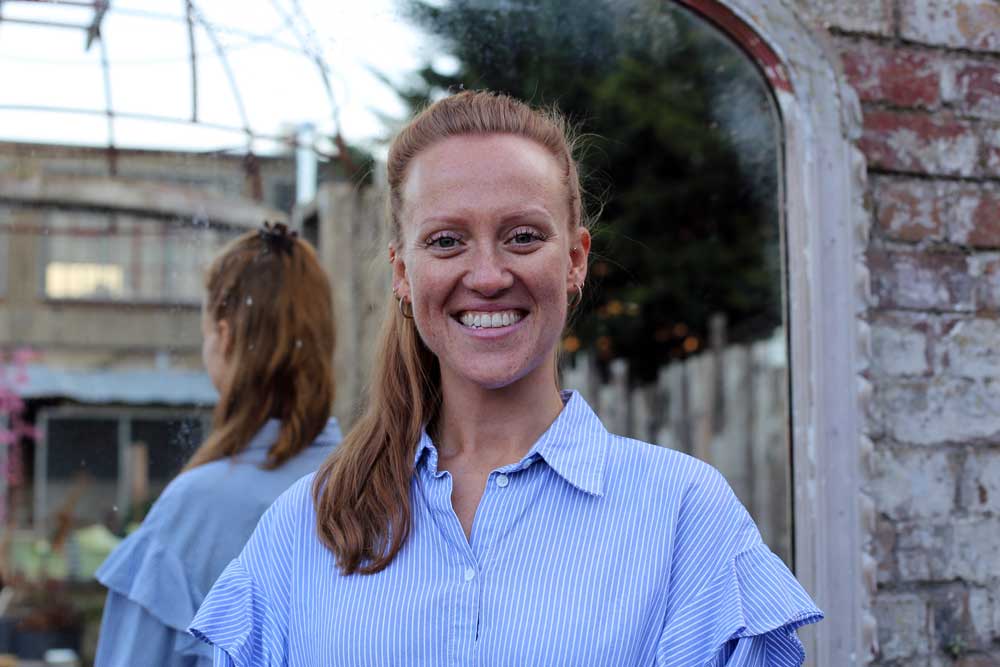