Estimates for the most recent months are provisional and are likely to be updated as more data is included. The house price index for October 2020 reflects transactions that took place up to the end of October.

The latest provisional statistics from the UK HPI show that the average price of a property in Scotland in October 2020 was £163,248, an increase of 6.0 per cent on October 2019.

Comparing with the previous month, house prices in Scotland increased by 1.4 per cent between September 2020 and October 2020.

The volume of residential sales in Scotland in August 2020 was 6,688, a decrease of 33.0 per cent on the original provisional estimate for August 2019. This compares with a decrease of 32.4 per cent in England, 47.7 per cent in Wales, and 22.9 per cent in Northern Ireland (Quarter 3 – 2020 compared with same quarter in the previous year). 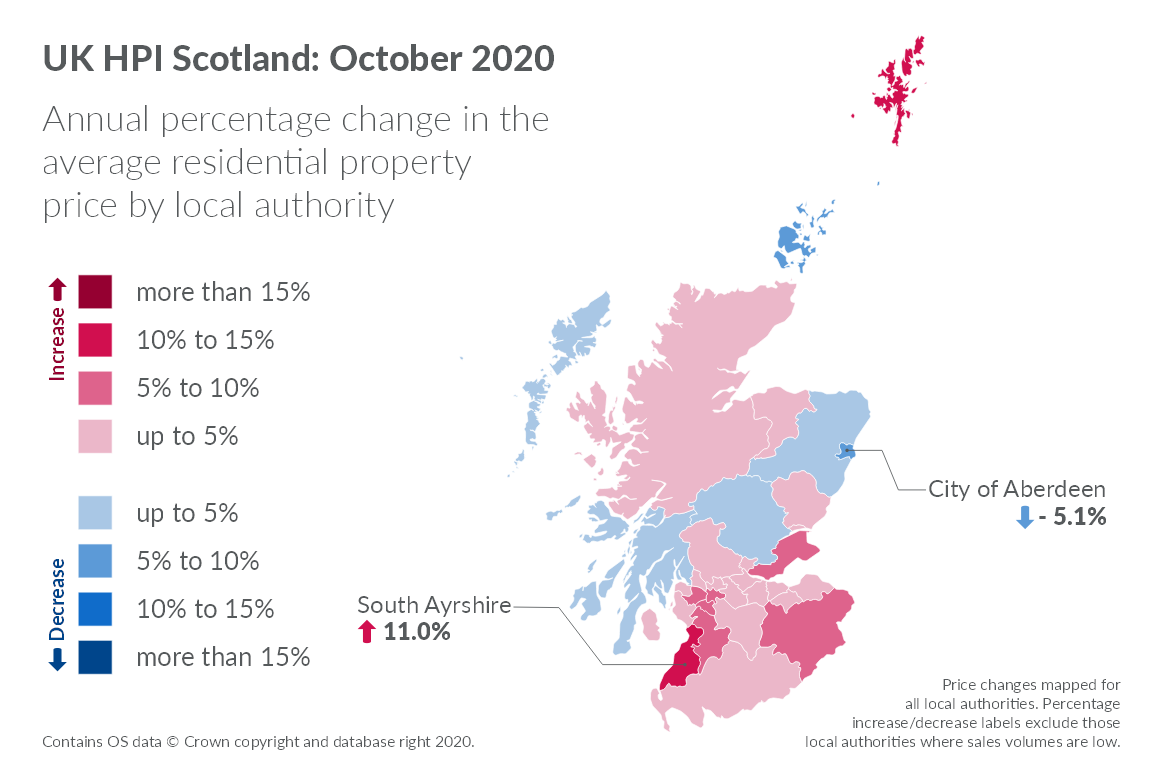 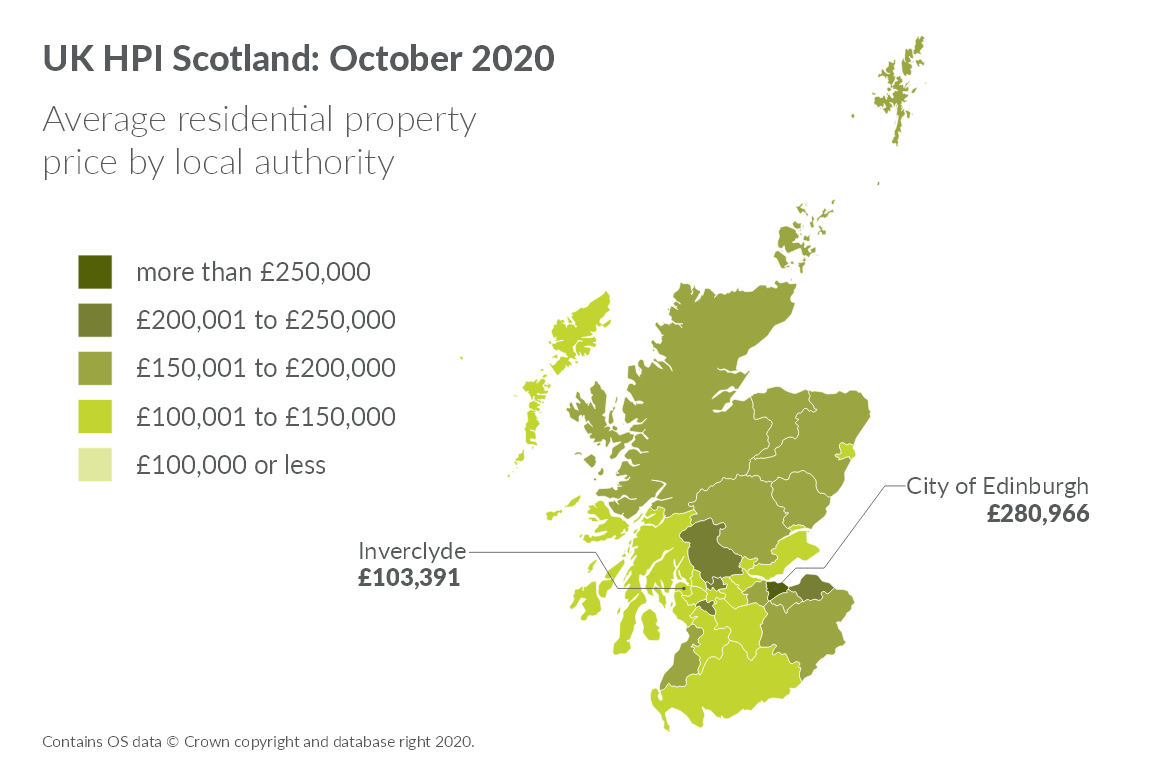 As with other indicators in the housing market, which typically fluctuate from month-to-month, it is important not to put too much weight on one month’s set of house price data. This has been particularly important over recent months, as COVID-19 has reduced the volume of transactions within the market, making trends between months more volatile than usual and will continue to be important over the coming months as the ongoing impact of COVID-19 on the housing market and the economy becomes clear.